Listen to Rohini’s eulogy, written by CCF’s Cheetah Keeper, Becky Johnston, and read by CCF’s Director of Conservation and Outreach, Brian Badger, as you scroll through a slide show of memorial photos. Full text version available below the gallery. 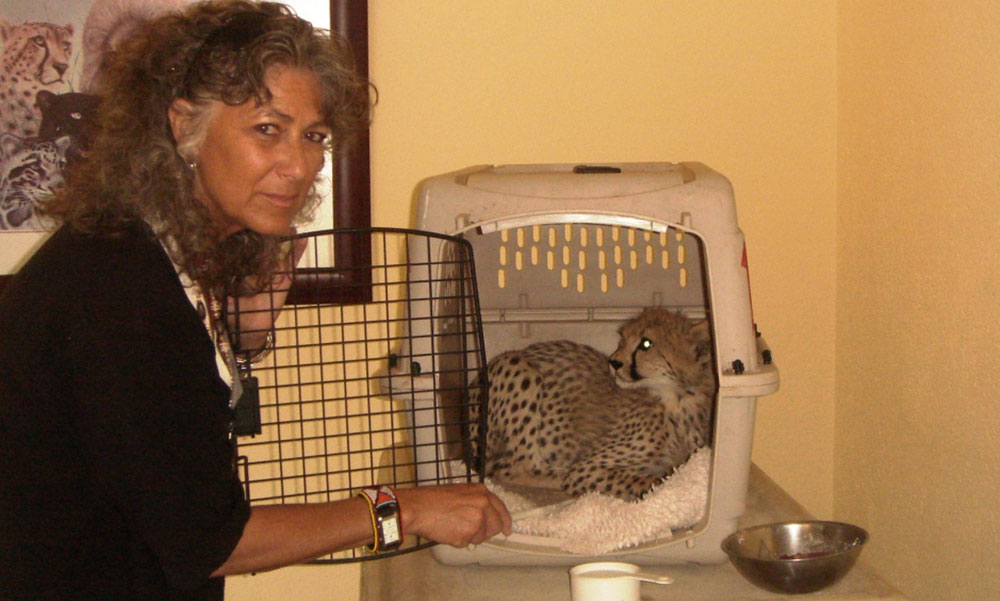 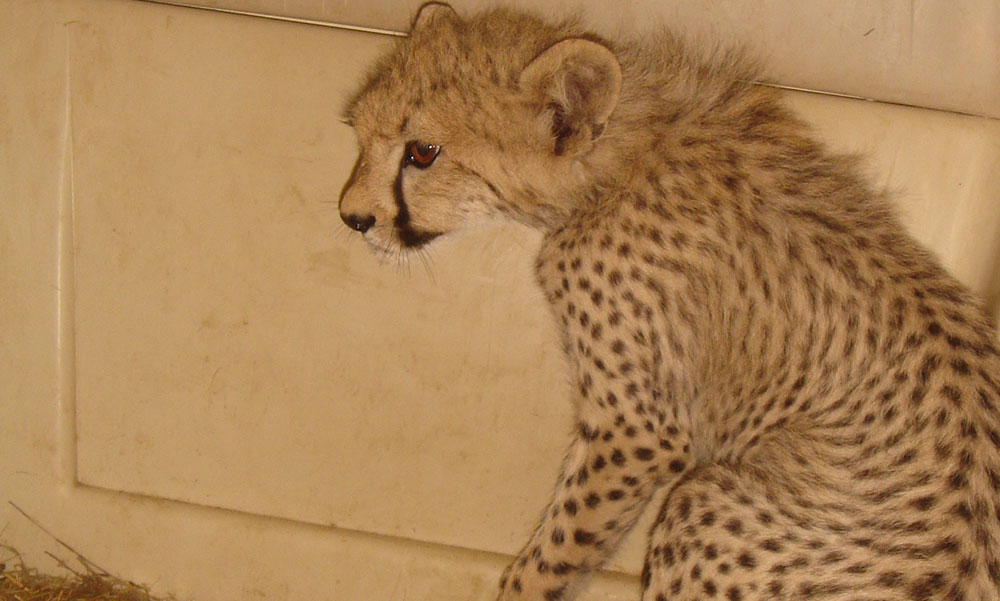 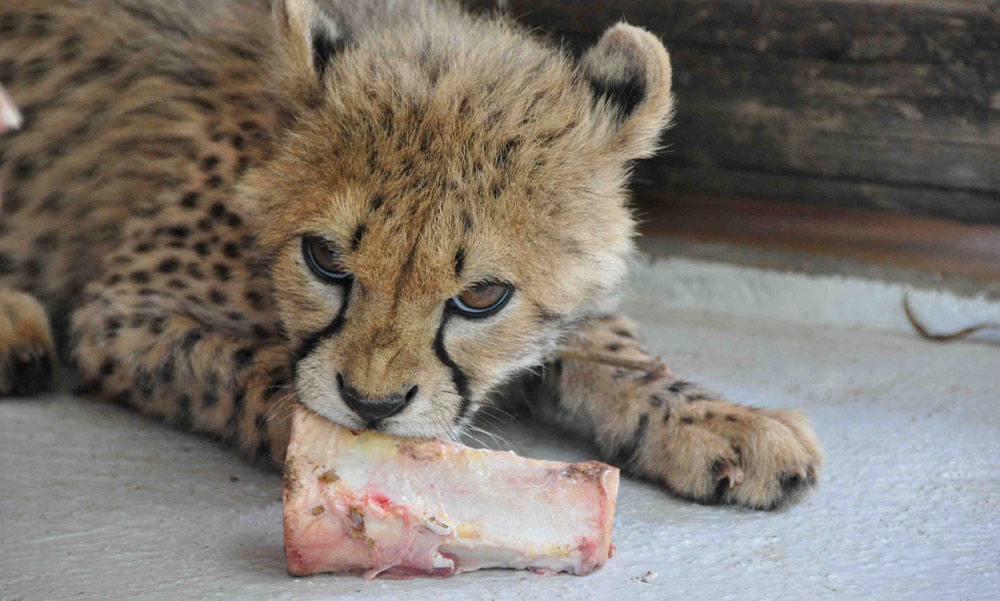 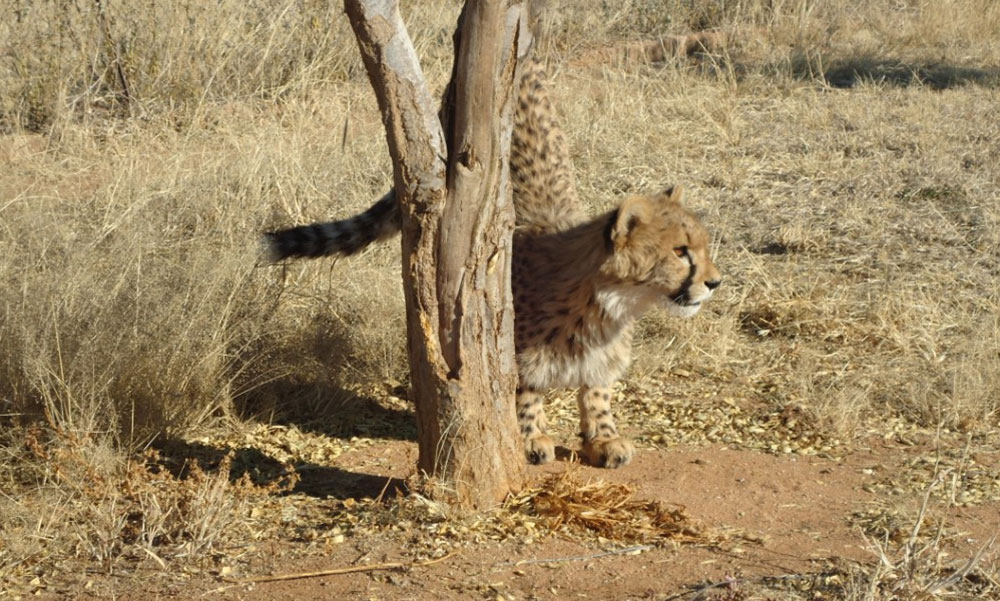 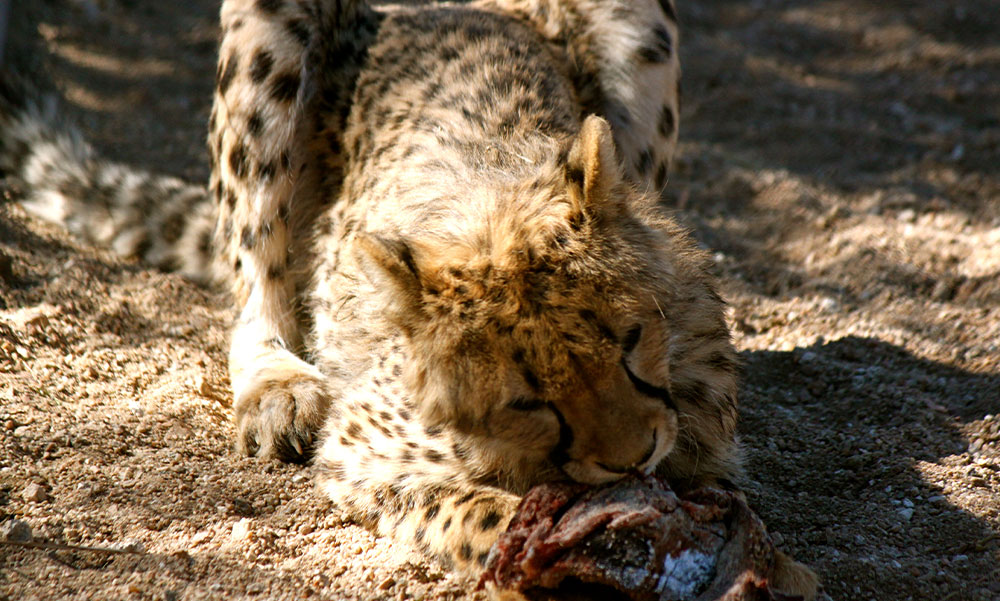 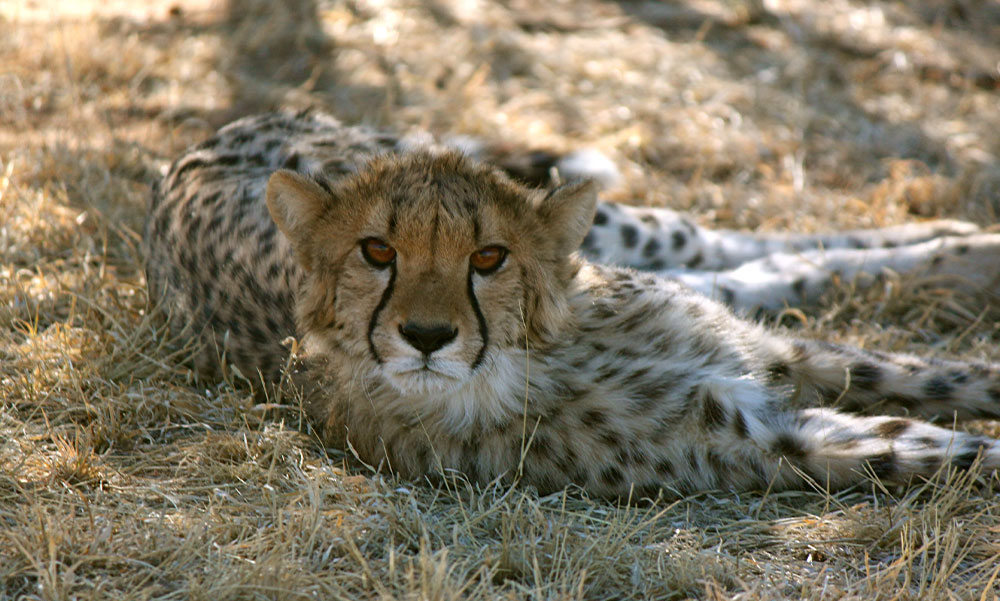 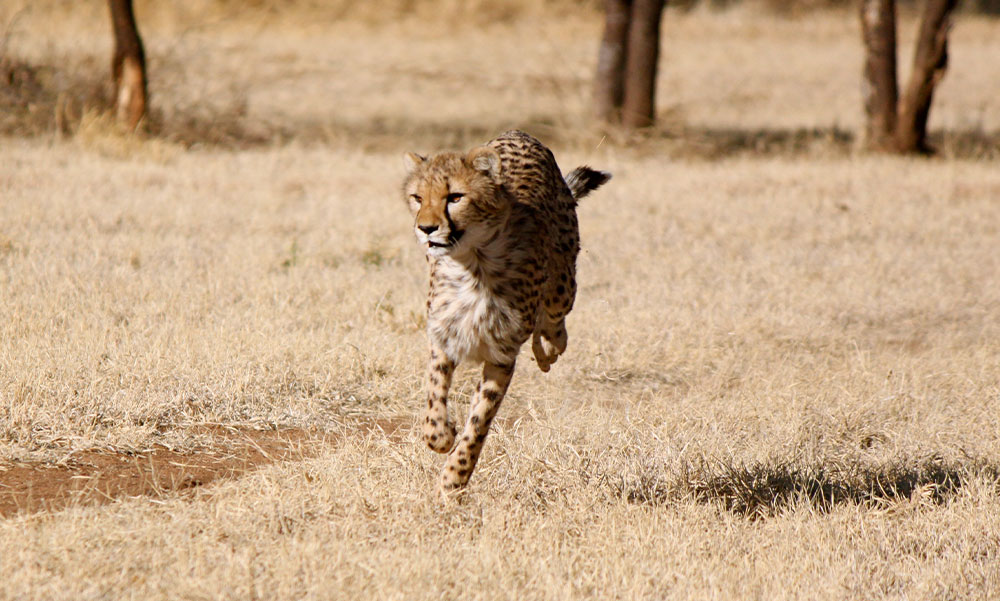 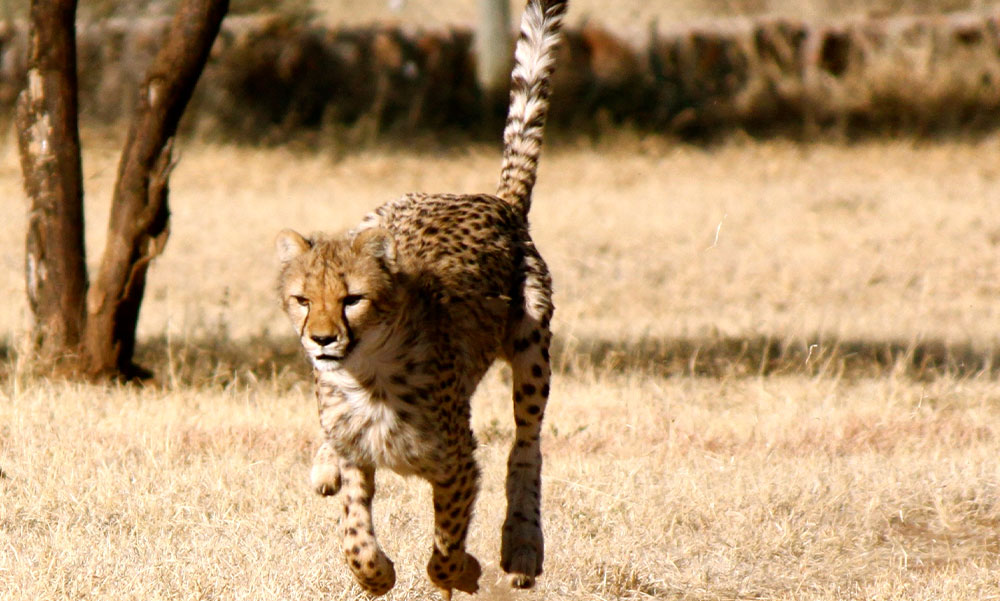 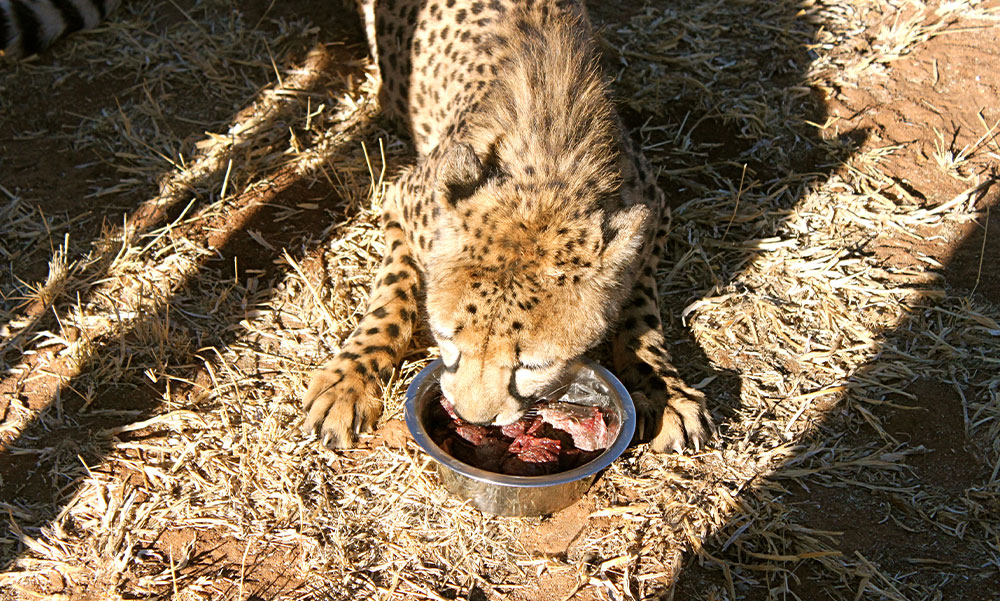 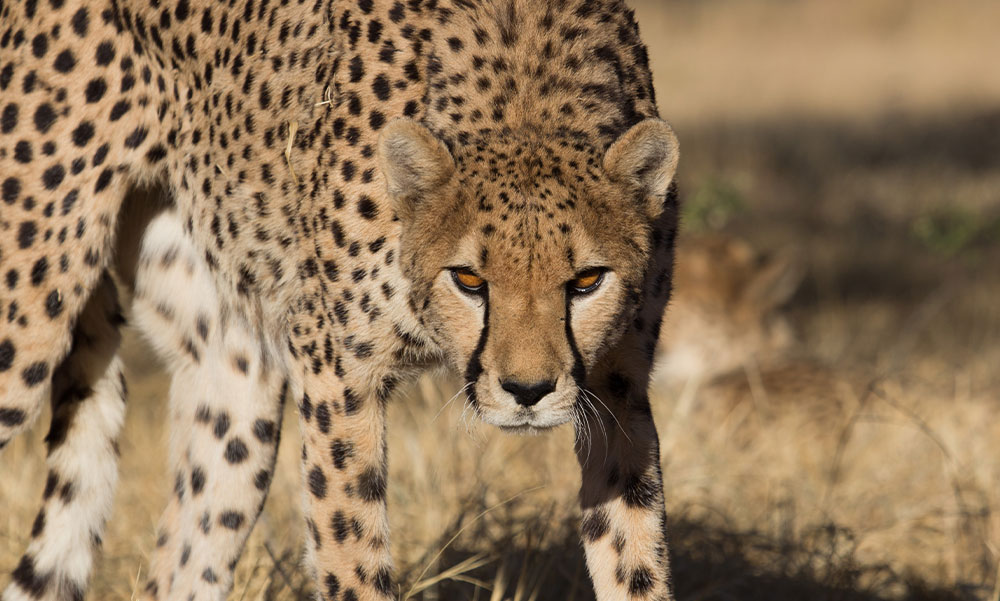 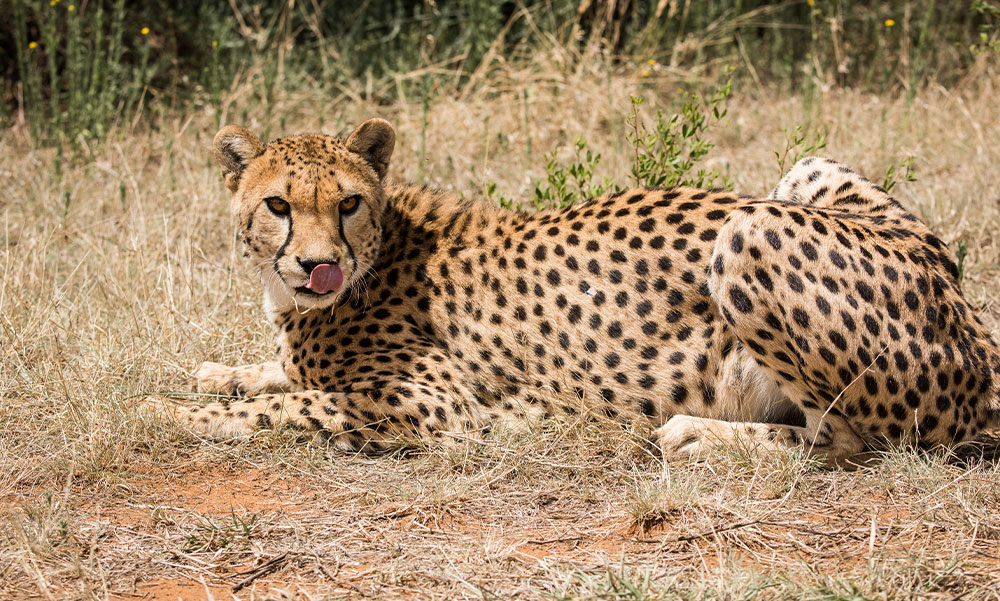 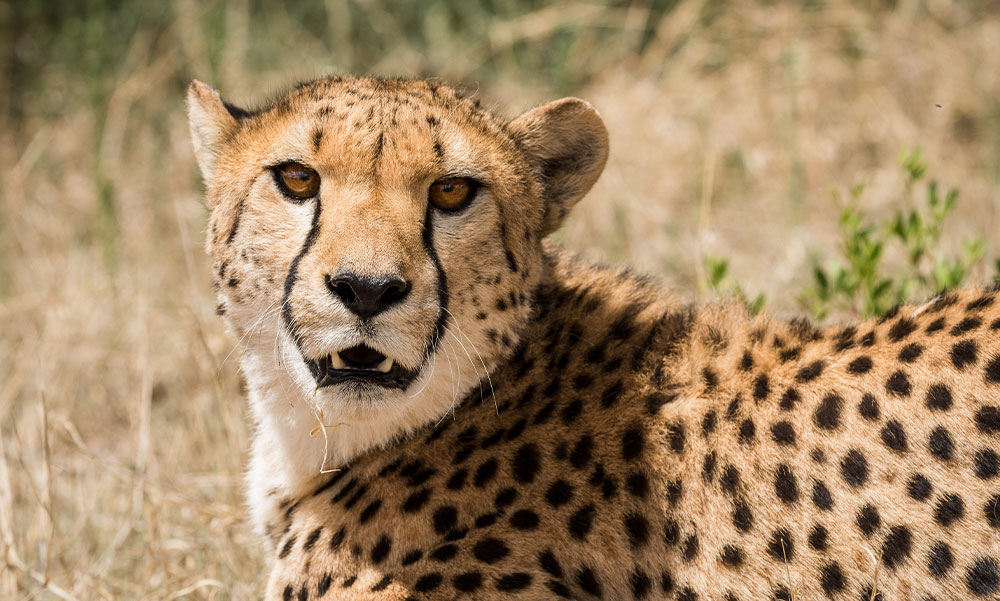 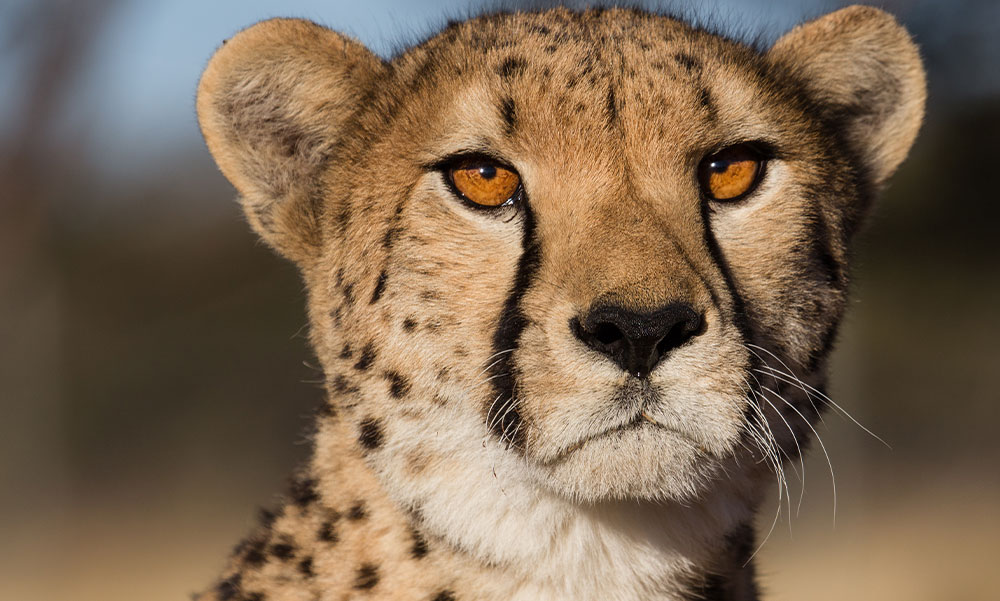 Rohini Tallala or Rohini or Roh as we called her for short arrived at the Cheetah Conservation Fund in 2010 when she approximately one month old. After losing her mother, she was picked up by government officials at the Ministry of Environment, Forestry and Tourism. Unfortunately, they had no way of securing the very frightened young cub until CCF arrived, so they wrapped her legs and feet with wire to keep her still. After arriving at CCF, she spent the first two weeks chirping and calling for her mom and family. Luckily, Dr. Laurie Marker and CCF staff were able to act as substitute parents and caregivers, until another young cub named Polly arrived, and the two females bonded instantly and became the best of friends. Rohini received her unique name from Rohini Tallala – who is the wife of the past US Ambassador to Namibia – Jeff Bader. After leaving Namibia and going back to the United States, Rohini became one of our CCF trustees and is a long time friend. When Rohini would call and chirp for her family as a scared young cub, Dr. Laurie would sing a unique Rohini Tallala song to her, which always seemed to help calm her down. Even as an adult, Rohini always seemed to recognize Laurie’s voice, and would sit and listen attentively whenever Laurie sang to her.

Once you spend enough time around the cheetahs, you realize that every individual is just a little bit different and find unique ways of telling them apart. Sometimes it’s their ears, or some have very white tips on the ends of their tails. Rohini’s unique feature was that she always looked a little bit angry or irritated with us. Looking at her face, her eyebrows would come down over her eyes just slightly, creating a bit of a furrow and annoyed look. Even though she looked angry, it couldn’t have been further from the truth. While she could sometimes be a bit standoffish and enjoyed her personal space, Rohini was a very sweet tempered and easy-going cheetah. She was always one of the first ones to come up for food and would let us know if we were ever late with her breakfast. She loved to run after our feeding truck, and made it look easy, often outpacing us if the truck was a bit slow to start. She was always a favourite with the guests, as she would often catch treats out of mid-air if they were tossed them at the perfect angle for her to catch – five or six in a row was her record! She loved to run but didn’t always love the other training we do with our resident cheetahs, which is catch cage training. Many of our cheetahs have been with us since a very young age, but don’t like to be touched or handled. In order to do procedures like blood draws or annual vaccinations, we train them to come into a smaller metal cage, which keeps them contained, and keeps our hands safe while we inject them. We always use their food while we are doing training, but Rohini always had to watch everyone else in the group go in first before coming to get her piece just to make sure it was safe. She would always try and outsmart us, stretching out her back legs as far as they would go so that they were still outside the cage, but she could reach her piece at the other end, preventing us from closing her in. While it made our jobs more difficult sometimes, we loved working with Rohini and her unique personality.

Captive cheetahs are very much creatures of habit and love routine and consistency. Part of that routine is that the cheetah keepers do a visual health check on every individual cheetah every day. We make sure there are no physical problems like swelling or wounds. We also check their behaviour – are they acting like they normally do, are they eager for food, or eager to go running after our vehicle. These checks allow us to pick up on any health problems right away and treat them with the assistance of our veterinary staff. Unfortunately, cheetahs are wild animals, and can hide sickness very well until it can be too late to fix. Rohini had been acting herself in previous weeks, eating well and behaving as she normally would. Suddenly, overnight her temperature dropped to dangerous levels, she stopped eating, and was extremely weak and lethargic. Blood results showed infection and multiple organ failure. Despite the best efforts of Dr. Laurie, our veterinarians and the cheetah team, even with round the clock care, Rohini’s health did not improve. The decision was made to euthanize Rohini so that she would not suffer or feel any pain. It was a sudden loss for our team, and for her best friend Polly. She will be greatly missed by the staff at CCF, but also by the many lives she touched while she was with us.