Celebrate the cheetah on December 4th! In 2010, Dr. Laurie Marker designated December 4th as International Cheetah Day. The annual celebration was set in remembrance of a cheetah cub named Khayam, that she raised at Wildlife Safari in Winston, Oregon.

Khayam was a cheetah trained for the first research project in rewilding. The research was to determine if captive-born cheetahs could be taught to hunt. In 1977, Dr. Marker took Khayam to Namibia for the research project. She witnessed how endangered the cheetah was becoming on that trip. As a way to protect their livestock, farmers were eliminating cheetahs from the landscape in very large numbers. 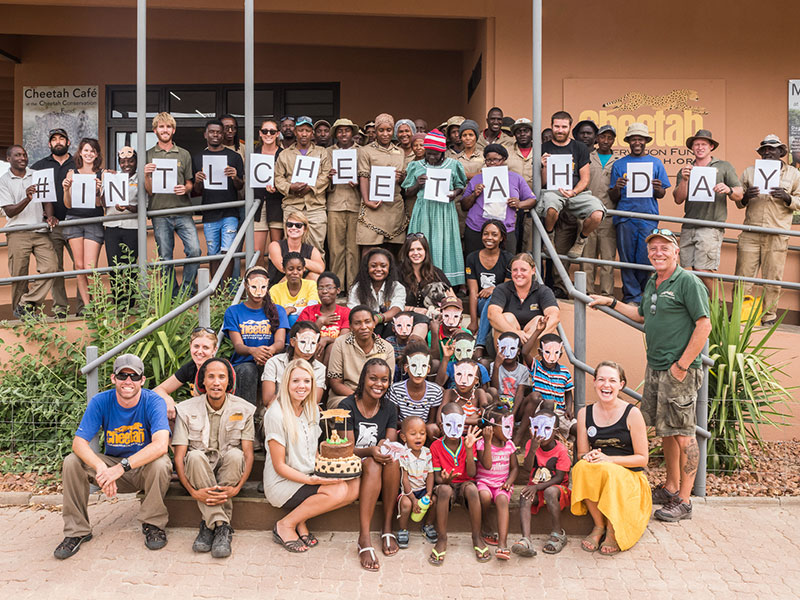 Find out what you can do to help celebrate the cheetah and save the species in the wild.

In 1990, Dr. Marker launched CCF and relocated to Namibia to mitigate the problem of farmer-cheetah conflict. Because of her interactions with Khayam, Dr. Marker dedicated her life to becoming the cheetah’s champion. She chose December 4th – Khayam’s birthday – to be the day the world would join together in celebration of the fastest land mammal.

Find out more about how to get involved and celebrate International Cheetah Day with CCF every year on December 4th!