Before becoming Executive Director of Cheetah Conservation Fund (CCF) in 1990, Dr. Laurie Marker began her career working with cheetahs at Wildlife Safari, a wildlife park in the United States. She first traveled to South West Africa (now Namibia) while conducting research into the rewilding of captive-born cheetahs.

Dr. Marker’s research proved that cheetahs held in captivity could be taught to hunt but, more importantly, it was during this time she discovered livestock farmers were killing wild cheetah by the hundreds. Without intervention, the future of the species would be in jeopardy. For this reason, Dr. Marker decided to found CCF and move to Namibia.

Laura Lee Bushey (Dr. Laurie Marker) was born in Detroit, Michigan and lived in Birmingham, a suburb of Detroit. Her father, Ralph, came from a farming family and was an agricultural economist and accountant. Her mother, Marline, was an elementary and high school teacher and kept the family active in the community with nonprofit work.

Dr. Marker’s family moved to Southern California when she was four years-old. She spent her childhood surrounded by animals, learning how to care for horses, dogs, cats, rabbits, donkeys and goats.

Dr. Marker’s family resettled in Northern California in time for her to finish high school at age 16. She started college early, studying agriculture, enology and viticulture in Napa, California. Dr. Marker moved north to become a pioneer of the Oregon wine industry. She started a winery and a small dairy goat farm, and to support her businesses, she began working at Wildlife Safari in 1974. Her main interest from the start was the cheetah, a species little was known about and not well understood. During her 16 years at Wildlife Safari, Dr. Marker helped develop the U.S. and international captive breeding program for cheetahs (cheetah studbooks) and established the most successful captive cheetah-breeding program in North America. 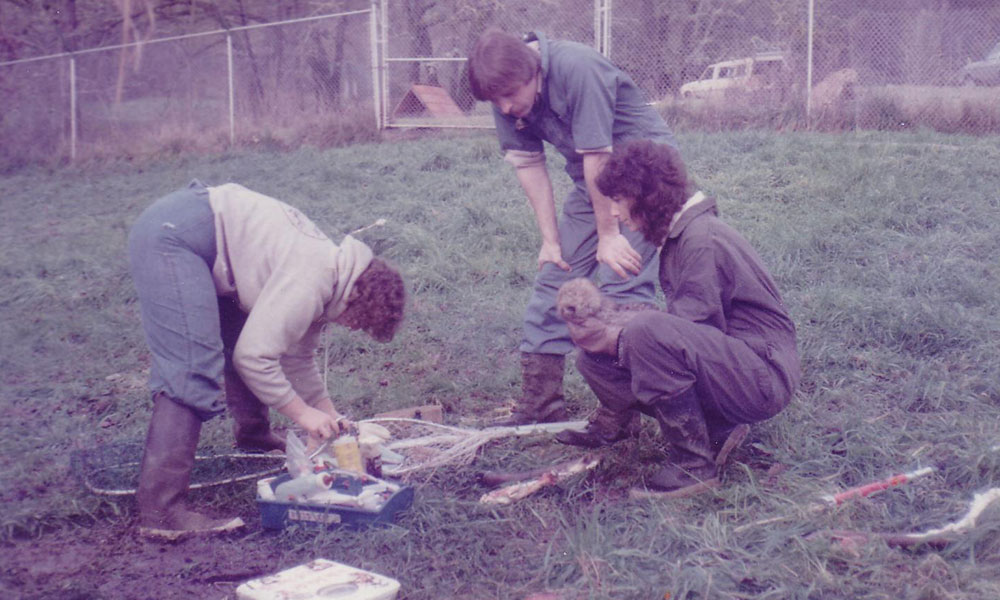 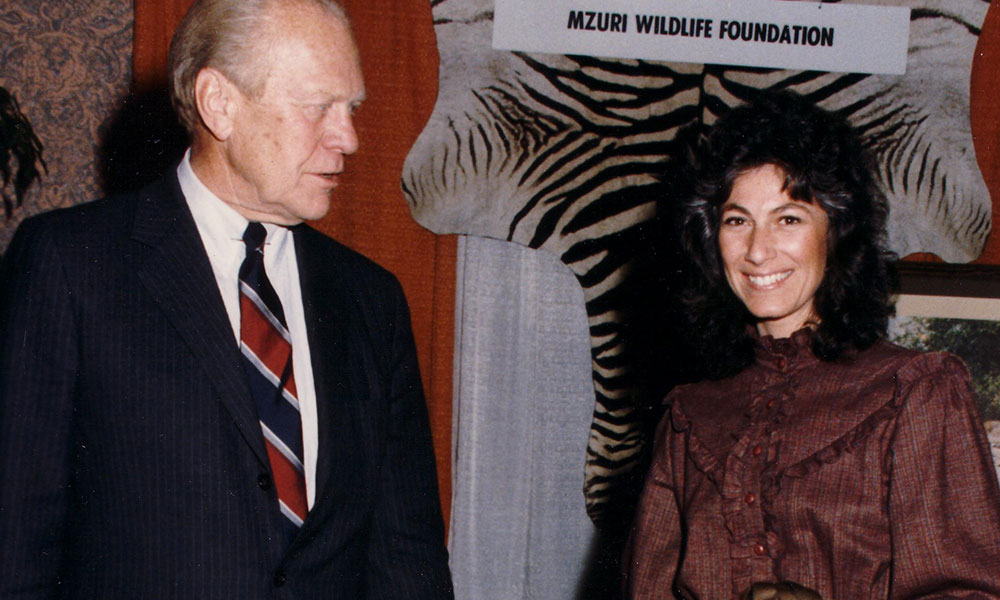 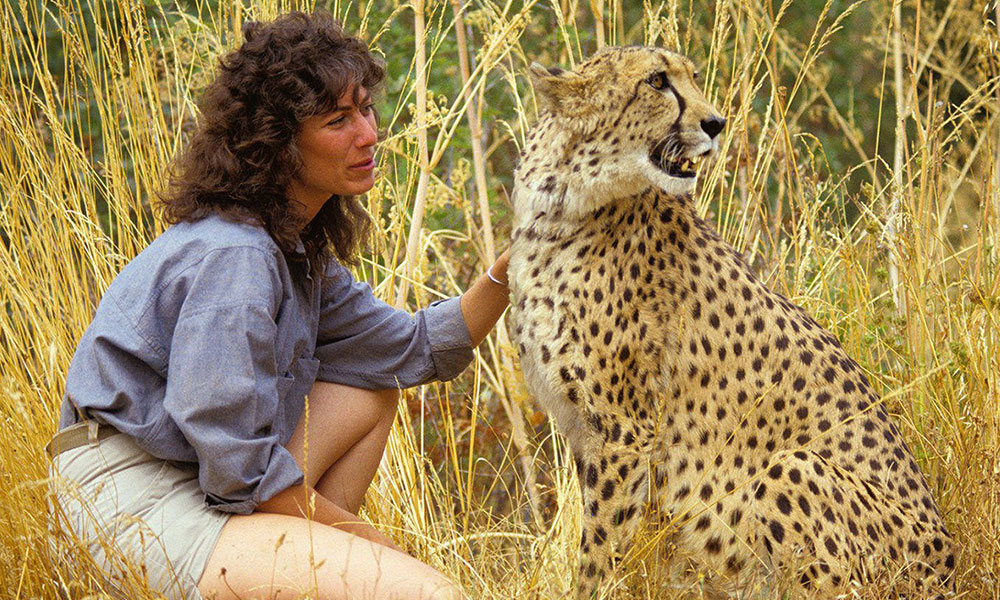 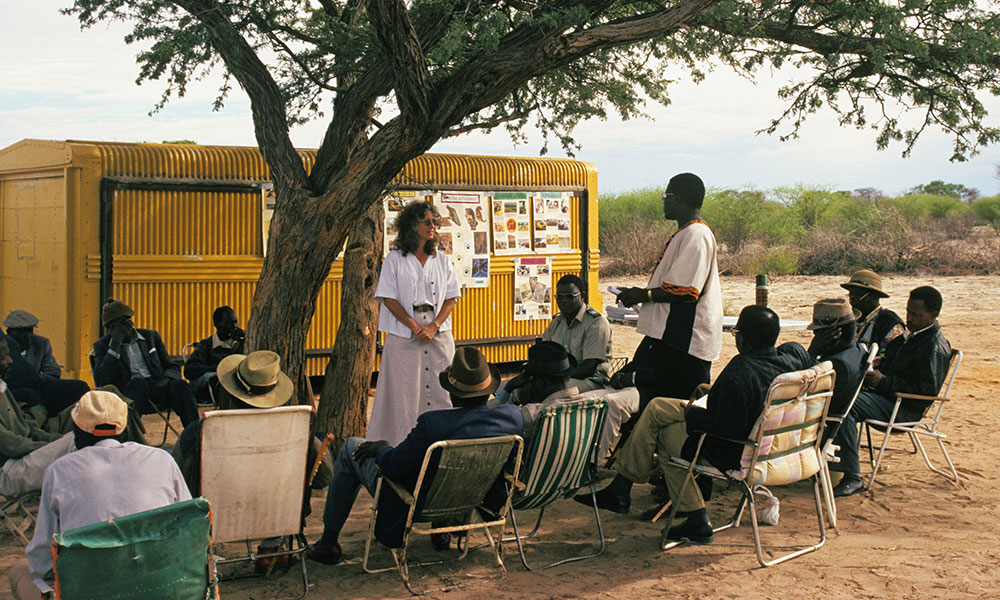 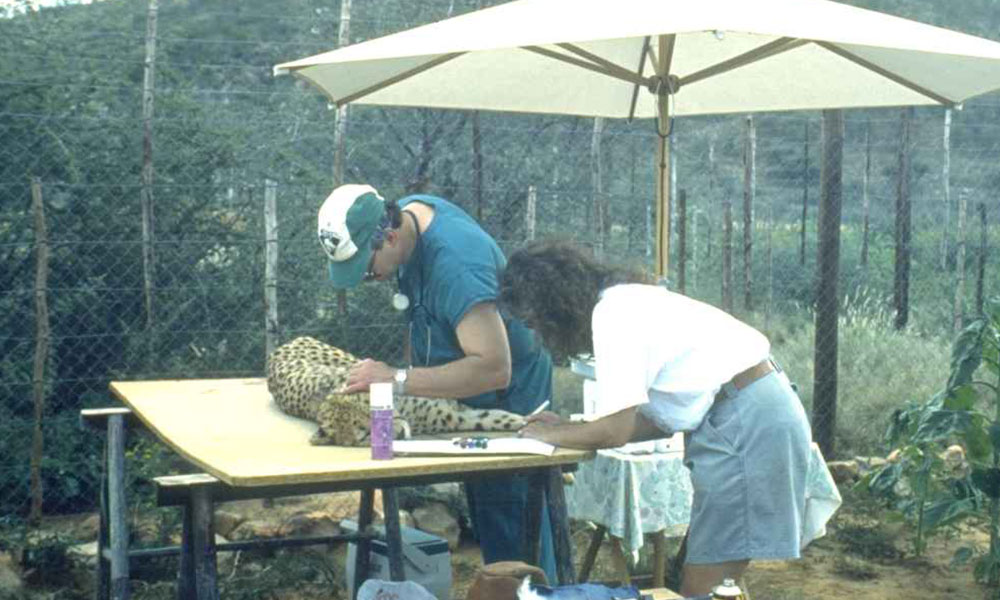 Cheetah workup in the field 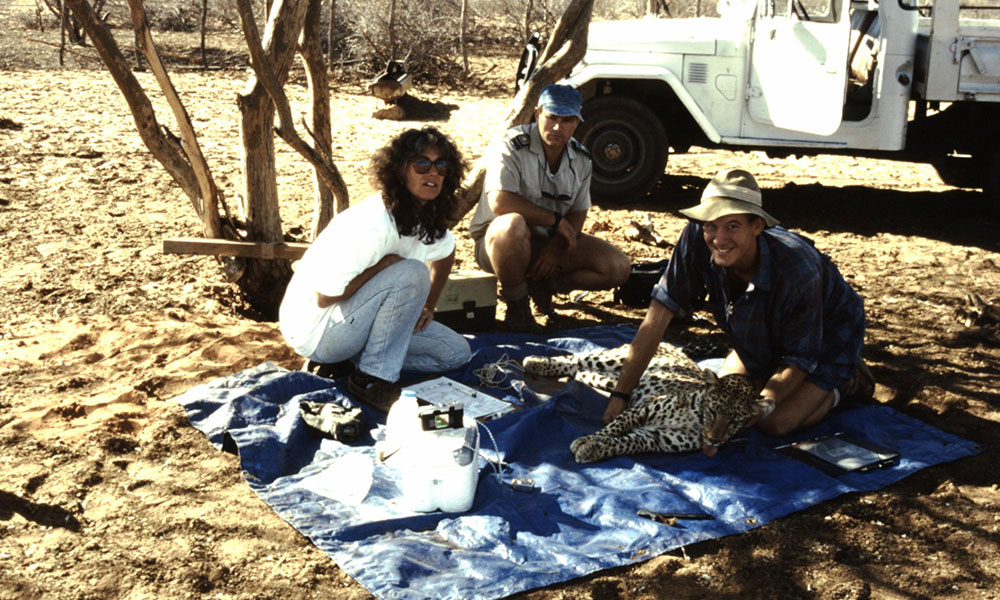 Leopard workup in the field 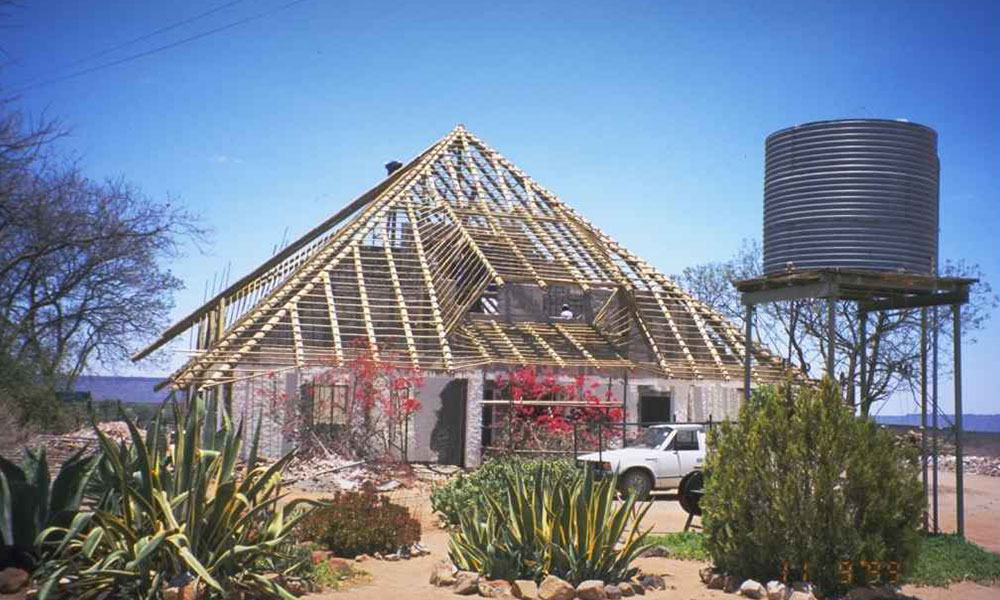 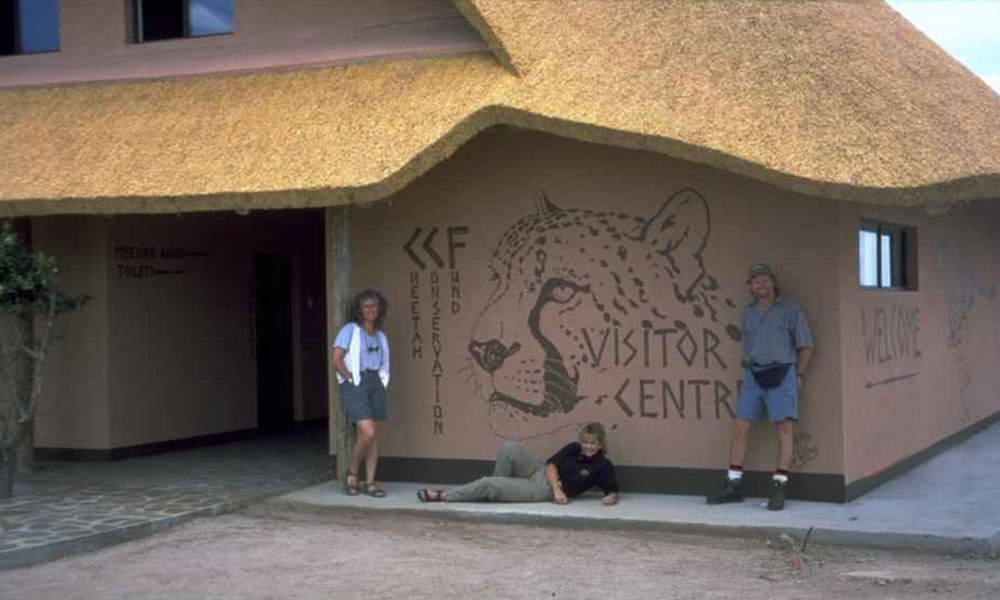 Laurie in front of the completed Visitor Centre 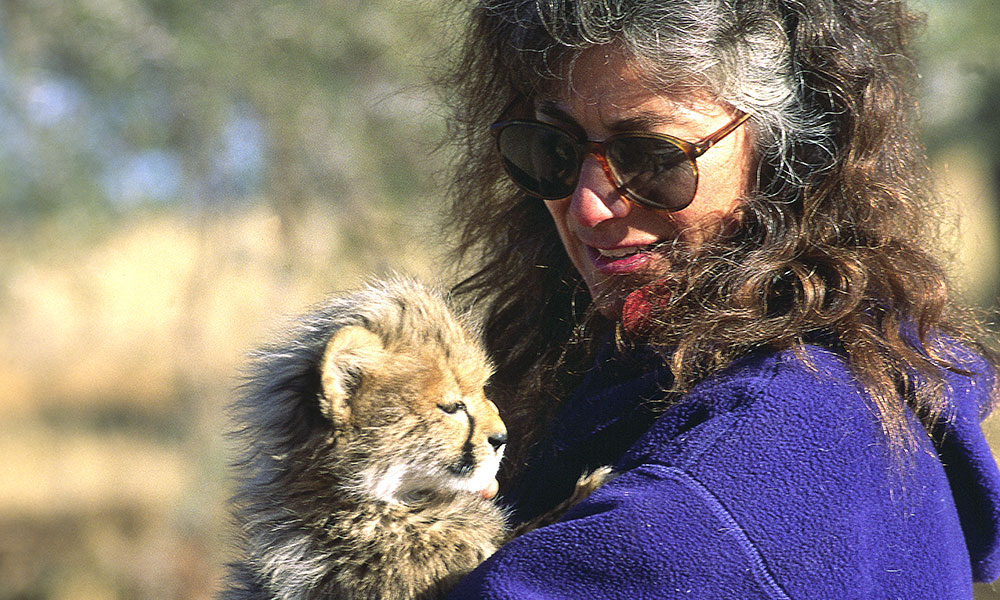 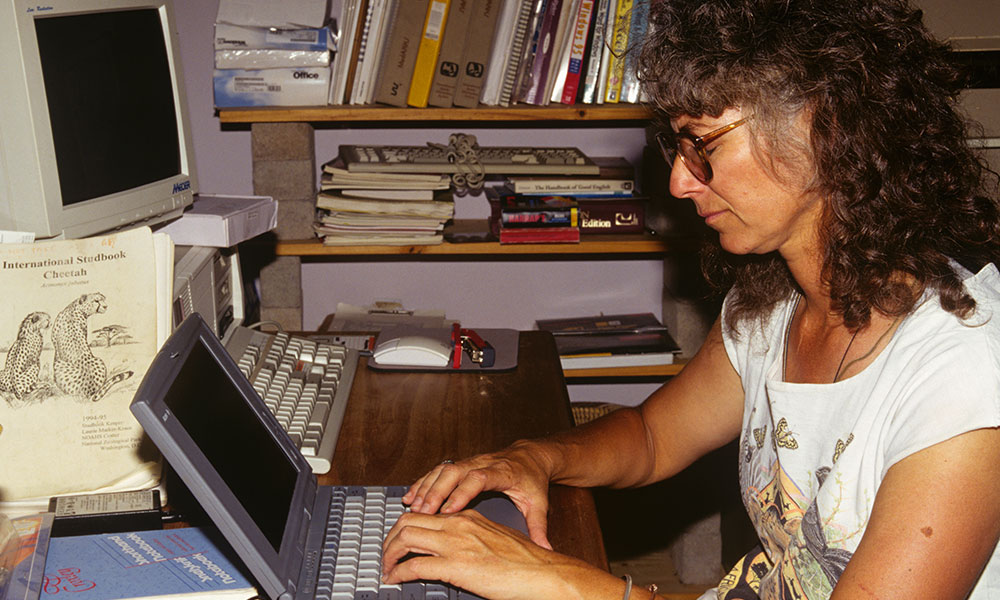 Laurie Marker earns her PhD from University of Oxford 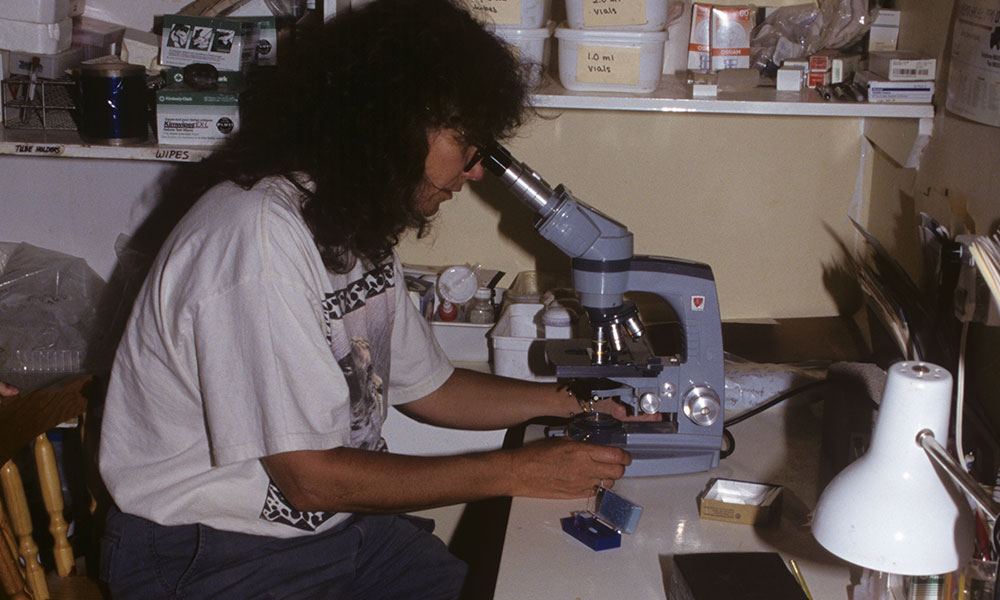 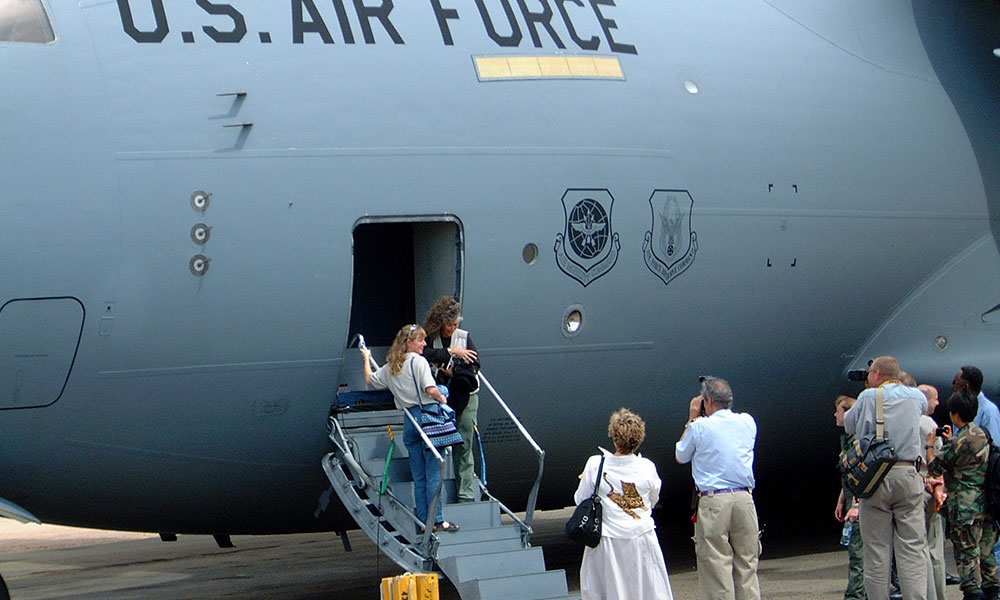 Laurie accompanies cheetahs on their journey from Namibia to the U.S. as a gift from the Namibian President. 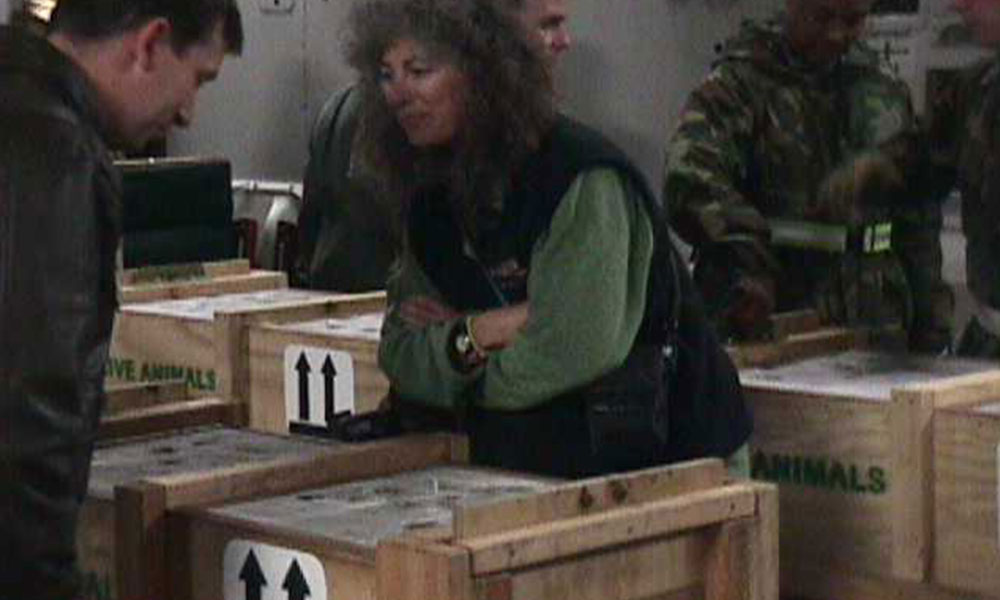 Laurie checks up on the cheetahs on their journey from Namibia to the U.S. as a gift from the Namibian president. 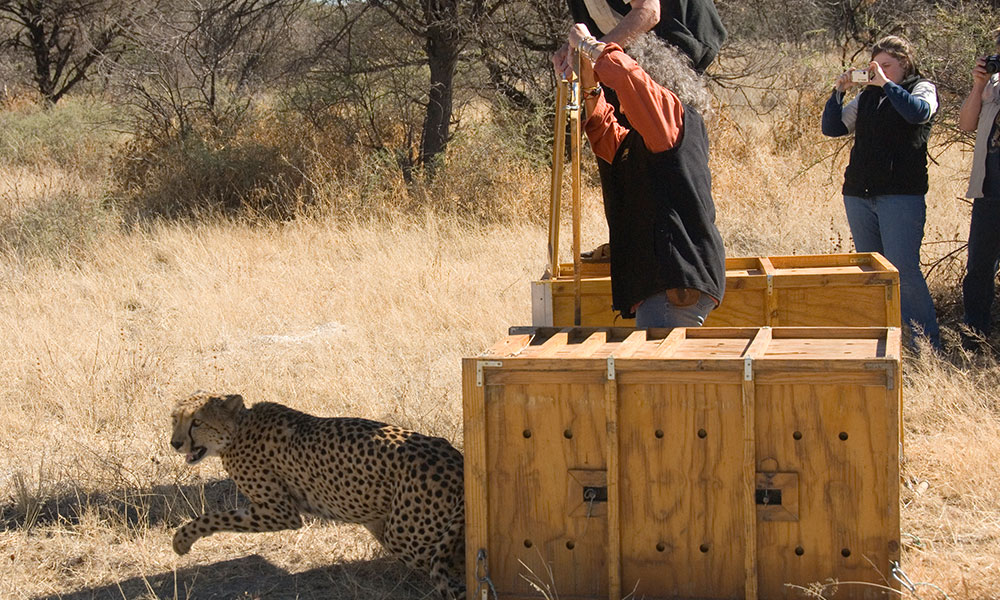 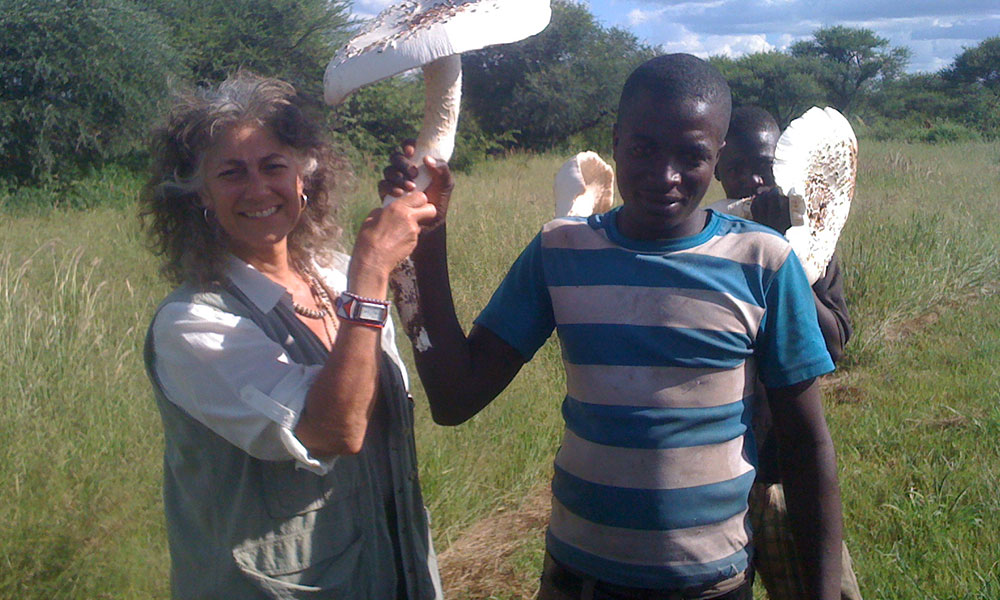 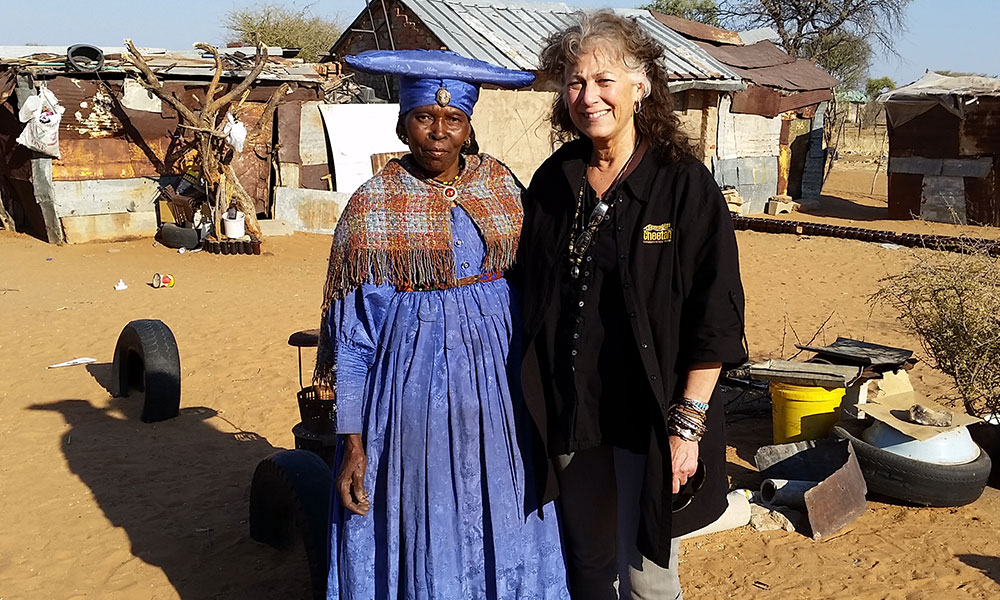 Laurie visits the farmers and artisans of the Greater Waterberg Complex 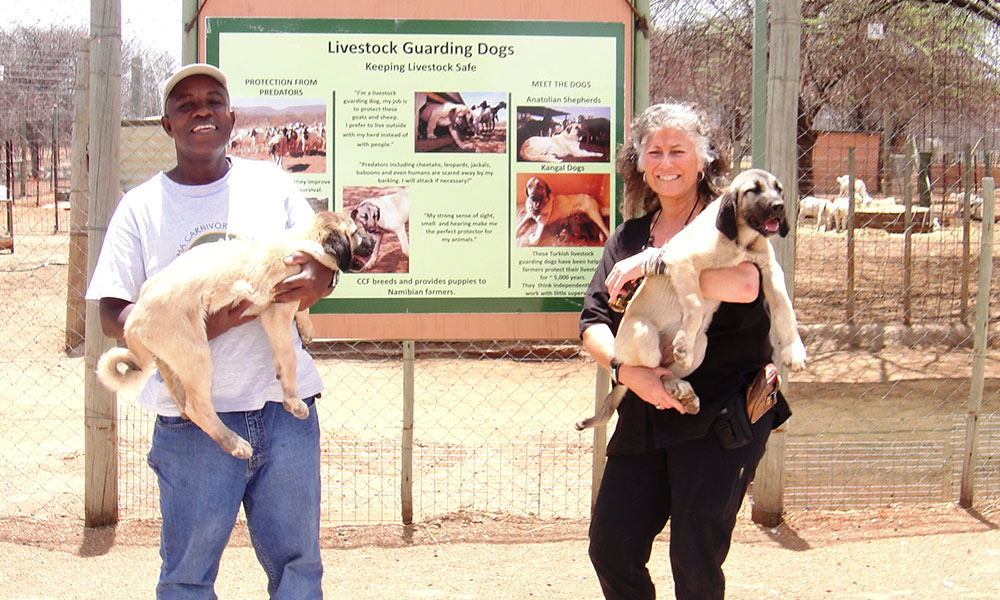 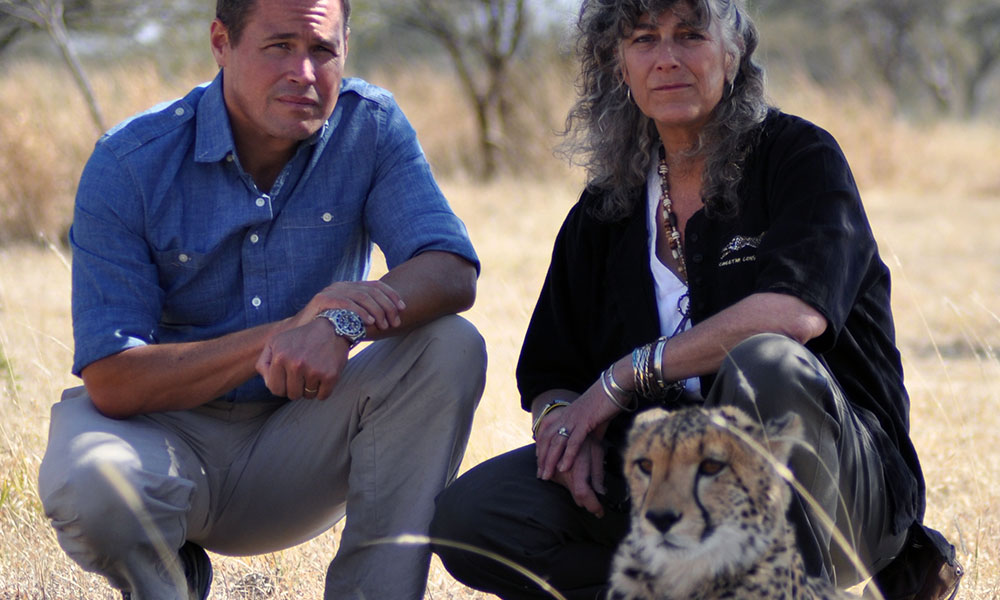 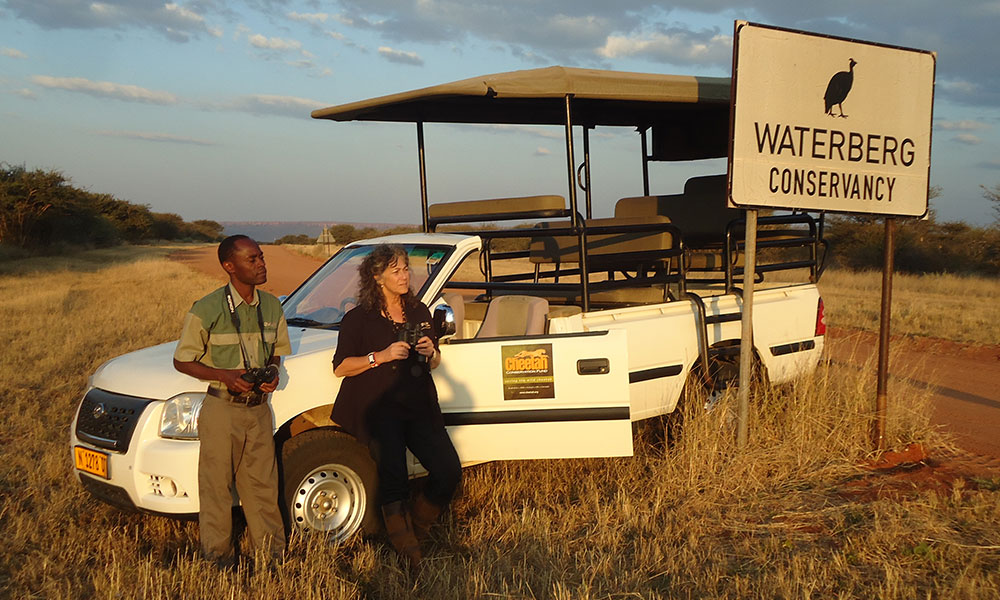 In 1977 during her first trip to South West Africa (Namibia), Laurie found that livestock farmers were catching hundreds of cheetahs in cage traps and killing them. Later, research and tracking showed that during the 1980’s, farmers had killed more than 7,000 cheetahs, cutting the country’s cheetah population in half.

In the 1980’s, Dr. Marker began collaborating with researchers from the Smithsonian Institution and the National Cancer Institute on groundbreaking research. They discovered the lack of genetic diversity in the species, including very poor sperm quality and disease suitability, both of which are contributing factors to the difficulties of captive breeding.

Khayam was born on December 4, 1976 at Wildlife Safari. Laurie raised Khayam from a newborn cub, and together they traveled to South West Africa (now Namibia) in 1977. When the pair returned to the U.S. several months later following their successful research project, they traveled regionally and nationally making public appearances to generate awareness for the cheetah’s plight. Khayam served as the first ambassador animal for her species.

Once she determined to create a cheetah research center, Dr. Marker investigated many locations across the cheetah’s range in Africa. After Namibia gained its independence in 1990, Dr. Marker decided to make this newly-formed country the base for her frontline conservation organization focused on saving the cheetah.

Dr. Marker left her job at the Smithsonian Institution’s New Opportunities and Animal Health Sciences (NOAHS) Center and moved to Namibia. She set up CCF in a simple farmhouse and bought an old Land Rover with funds she raised from the sale of her possessions.

Chevron-Texaco Conservationist of the Year

Hero for the Planet, Time Magazine

Re-introduction Research of Cheetah in Namibia