Cheetahs are Africa’s most endangered big cat, listed as “Vulnerable” by the International Union for the Conservation of Nature and Natural Resources (IUCN) Red List of Threatened Species. Fewer than 7,500 cheetahs remain in the wild worldwide. In the Horn of Africa, the population of adult and adolescent cheetahs is estimated to be less than 500. Here, the poaching of cheetah cubs to meet demand for illegal pets poses a serious threat to the species and is exacerbated by human wildlife conflict from predation on pastoralists livestock. 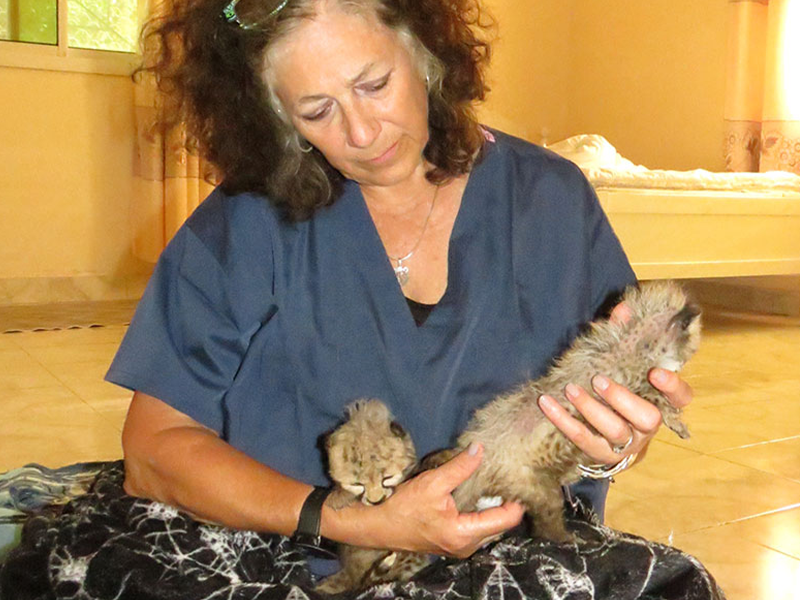 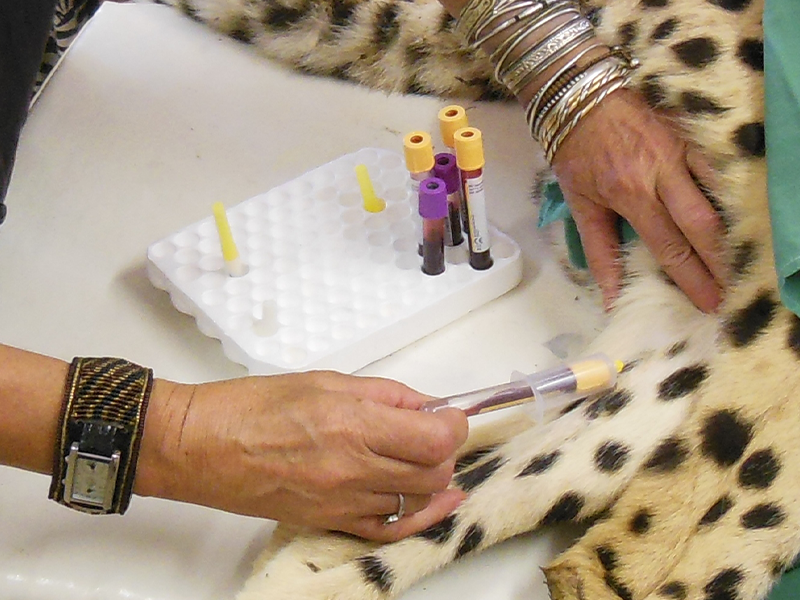 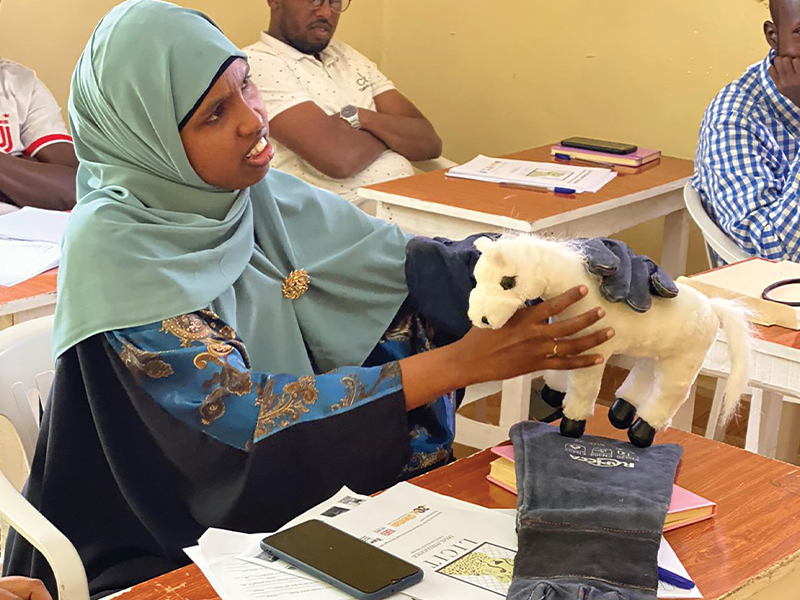 Learn more about CCF and LICIT 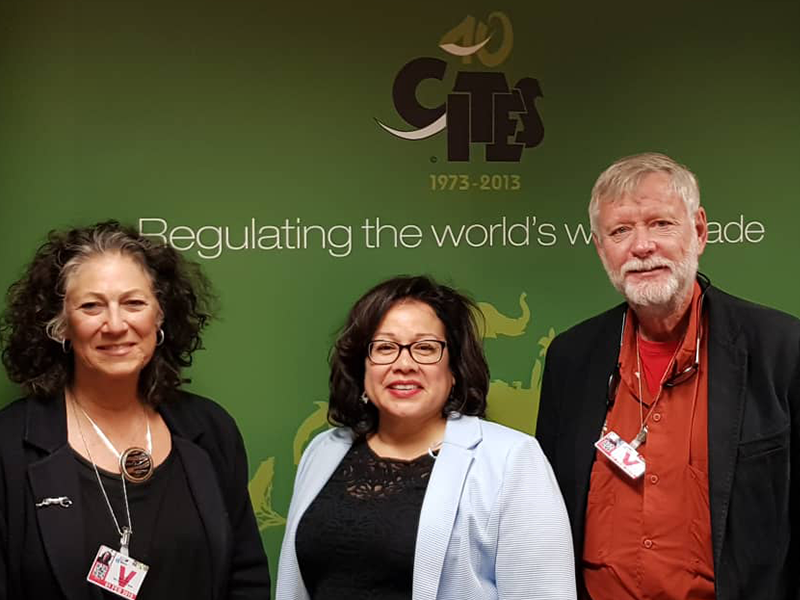 CCF’s History of Action Against IWT

2005 to 2007: CCF began monitoring IWT of cheetahs and assisting Ethiopia with placement of confiscated cubs. CCF became a founding member of the Coalition Against Wildlife Trafficking (CAWT).

2011: CCF assists Somaliland with placement of cheetah cubs confiscated from the illegal wildlife pet trade for the first time.

2013 to present: CITES tabled the issue of cheetah trafficking at its 13th Conference of the Parties (CoP13) held in Bangkok. Since then, CCF has been working with CITES and non-government organizations (NGOs), to address issues such as law enforcement, demand reduction, procedures for the care and placement of confiscated cheetahs, and cyber-crime.

2019: CCF receives a 2.75 year-grant from UKAID’s IWT Challenge Fund, known as LICIT, to build capacity in wildlife trade law enforcement in the Horn of Africa. Through LICIT, CCF has partnered with the International Fund for Animal Welfare (IFAW) and Legal Atlas (LA) to deliver training and support the establishment of national and regional wildlife enforcement networks in Ethiopia, Somaliland, Somalia and Yemen.

2021 CCF finishes the Master Plan for its 800-hectare Cheetah Rescue & Conservation Centre on land the Somaliland government has set aside to become its first national park. This new facility will provide naturalistic housing for the rescued cheetahs, plus education, tourism opportunities and hope for future generations.

Cheetahs are not good pets

Realities of the Illegal Wildlife Trade

The illegal trade in cheetahs is driven by demand for exotic pets in the Middle East as well as by extreme poverty in source countries and as a result of human-wildlife conflict. Rural farmers sometimes take revenge on cheetahs that prey on livestock by poaching their young and selling them to traffickers. The impact of climate change on agriculture and livelihood exacerbates the situation further. Cheetahs are very difficult to breed in captivity, therefore cubs are taken from the wild to satisfy demand, threatening the survival of the species in the wild.

While it might sound like an appealing idea at first, cheetahs do not make good pets. They need specialized diets, expensive veterinary care, and they require huge amounts of space to run and exercise in order to stay healthy. Cheetahs shed copious amounts of hair, and their urine and feces have a strong smell, it makes co-existing indoors impossible. Unlike domestic cats, cheetahs cannot be trained to use a litter box.

Despite these facts, an estimated 300 cheetah cubs a year are taken from the wild, mainly from the Horn of Africa, to be illegally sold as pets, mainly on the Arabian Peninsula.

While in transit, the cubs commonly suffer from abuse, trauma, malnutrition and dehydration. CCF believes that three out of every four cubs taken to become pets do not survive the journey. Of those that initially survive, the majority will not live more than two years.

How You Can Help

If you see or hear about illegal activities involving cheetahs or cheetah products, please contact us. Your report will be handled confidentially.

Read and share CCF’s news about the cubs caught up in the illegal pet trade. By sharing, you will help increase awareness of the threat.

Don’t “Like” photos of pet cheetahs you may see on social media.

Spread the word. Cheetahs (and other wild animals) do not make good pets.

History of Cheetahs As Pets

For thousands of years, the elite of the ancient world kept cheetahs in captivity. The earliest record of the cheetah’s long association with humans dates back to the Sumerians in 3,000 BC where a leashed cheetah, with what appears to be a hood on its head, is depicted on an official seal. In Egyptian history, it was believed that the cheetah would swiftly carry away the Pharaoh’s spirit to the afterlife, and symbols of cheetahs have been found on many statues and paintings in royal tombs.

Persian shahs, Italian nobles, Russian princes, and Indian royalty kept cheetahs for hunting and as status symbols representing their wealth and rank. Because cheetahs could not easily breed in captivity, individuals were taken from the wild to support the demand. The ancient pet trade diminished wild cheetah populations, especially in Asia. During his 49-year reign as an Indian Mogul in the 16th century, Akbar the Great, had more than 39,000 cheetahs for coursing, a hunting sport. They were called “Khasa” or the “Imperial Cheetahs.” All were taken from the wild. The Mogul kept detailed records that indicate only one litter was born during all those years. Because of this continuous drain on the wild populations, the numbers of cheetahs declined throughout Asia. In the early 1900s, India began to import cheetahs from Africa for hunting purposes.

In the roaring 1920s, dancer and film star Josephine Baker was among the most celebrated performers to headline the revues of the Folies Bergère in Paris. Her performances caused a sensation in the city. When she walked down the street with her pet cheetah, Chiquita, crowds formed and people took photos that appeared in local newspapers. Chiquita famously traveled the world with Baker, always riding in her car and sleeping in her bed.

During the same era, scandal-plagued socialite Enid Lindeman was renowned for her menagerie of animals, including hyraxes, parrots, a mongoose, a pair of foxes and a pet cheetah. She outlived four husbands to earn the nickname “Lady Killmore.” Enid was famous for walking her diamond-collared cheetah through Hyde Park and driving it around London in the front seat of her Bentley.

Today, the demand for pet cheetahs is centered mostly on the Arabian Peninsula. Fortunately, the governments of Saudi Arabia and the United Arab Emirates, the thought leaders of the region, are actively engaged with CCF and working to stop the illegal pet trade.

CCF has reciprocal relationships with other organizations working to combat the illegal trade in cheetahs.