Reading is a great way to learn all about the world around us while also enjoying the excitement of stories. Reading also allows us to take these stories and make them our own. During our storytime, NY Chapter Member Eric read Freeda the Cheetah by JTK Belle. After the story, kids drew their very own cheetahs and come up with their own tales about them. They learned about the different parts of the animal as well as how to tell their original stories. Kids used crayons and markers on paper to draw their cheetahs.

Thank you to everybody that attended CCF New York Chapter’s first session of Winter Camp! It is fun to share with all of you the beautiful drawings and some of the stories that go with them below.

This is Herman the cheetah walking with Sally the porcupine. One day Herman was walking and stepped accidentally on Sally. Not very hard, but enough to have some of the porcupine quills stuck in Herman foot. Sally helped Herman to remove the quills and they became really best friends. Sally used to ride on Herman back and have fun together. It is really a fun friendship, unlikely pals considering the different sizes. They are still enjoying living together in the savannah sun.

Her name is Rainbow and she loves to run. She lives in Namibia. One day, Rainbow met another cheetah. Her name was Molly. One day Rainbow and Molly fell into a watering hole. Then another cheetah helped them out of the hole. His name was Jack. Then Rainbow, Molly and Jack were best of friends forever. 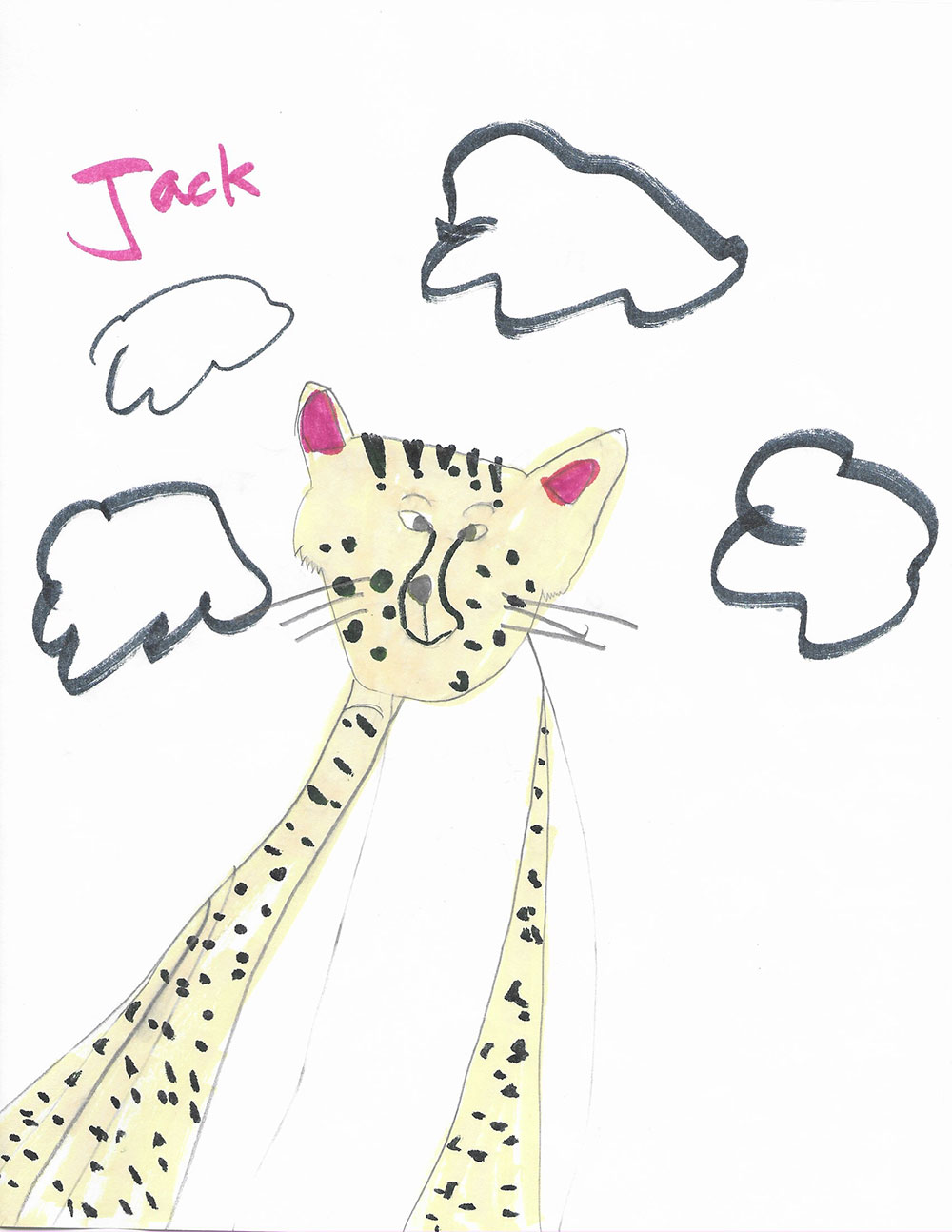 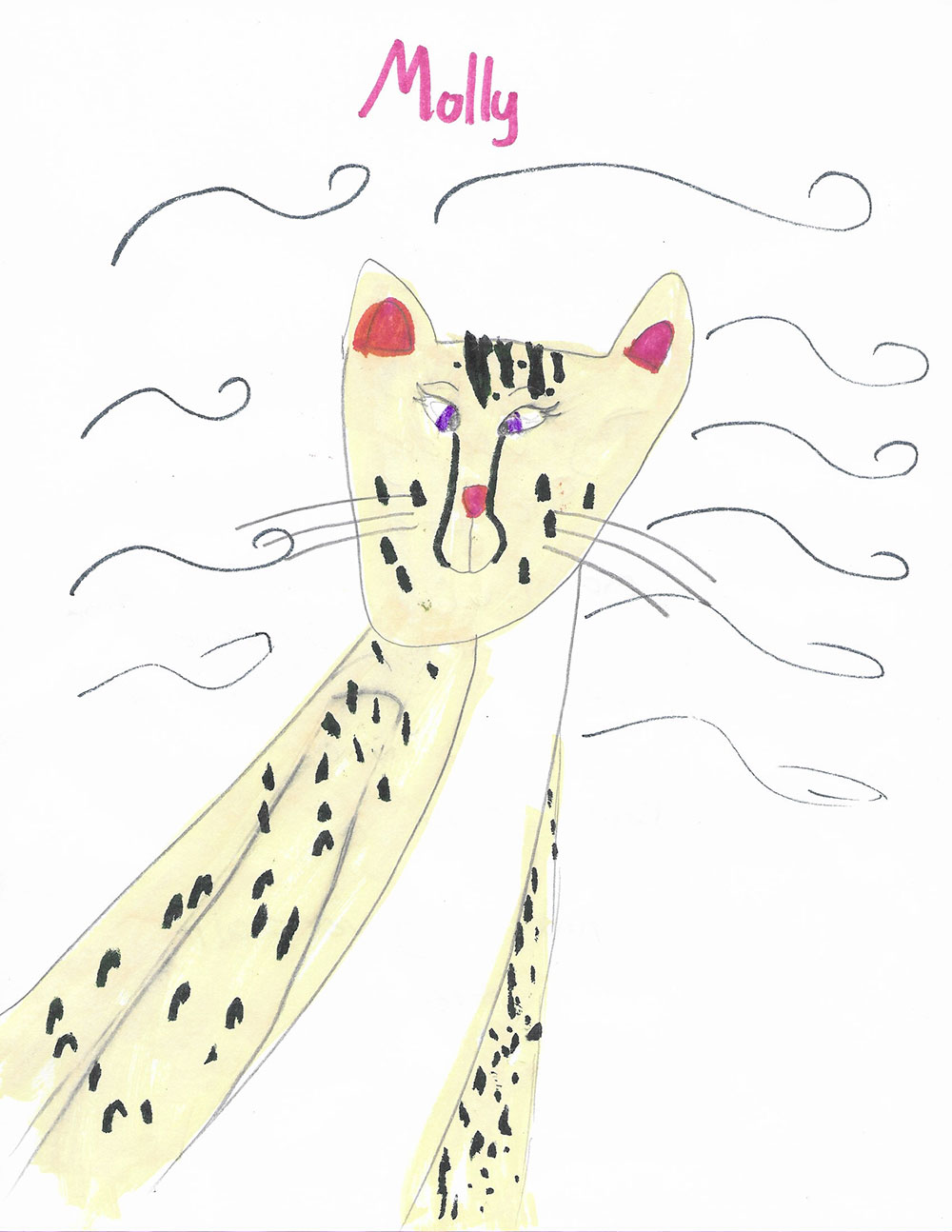 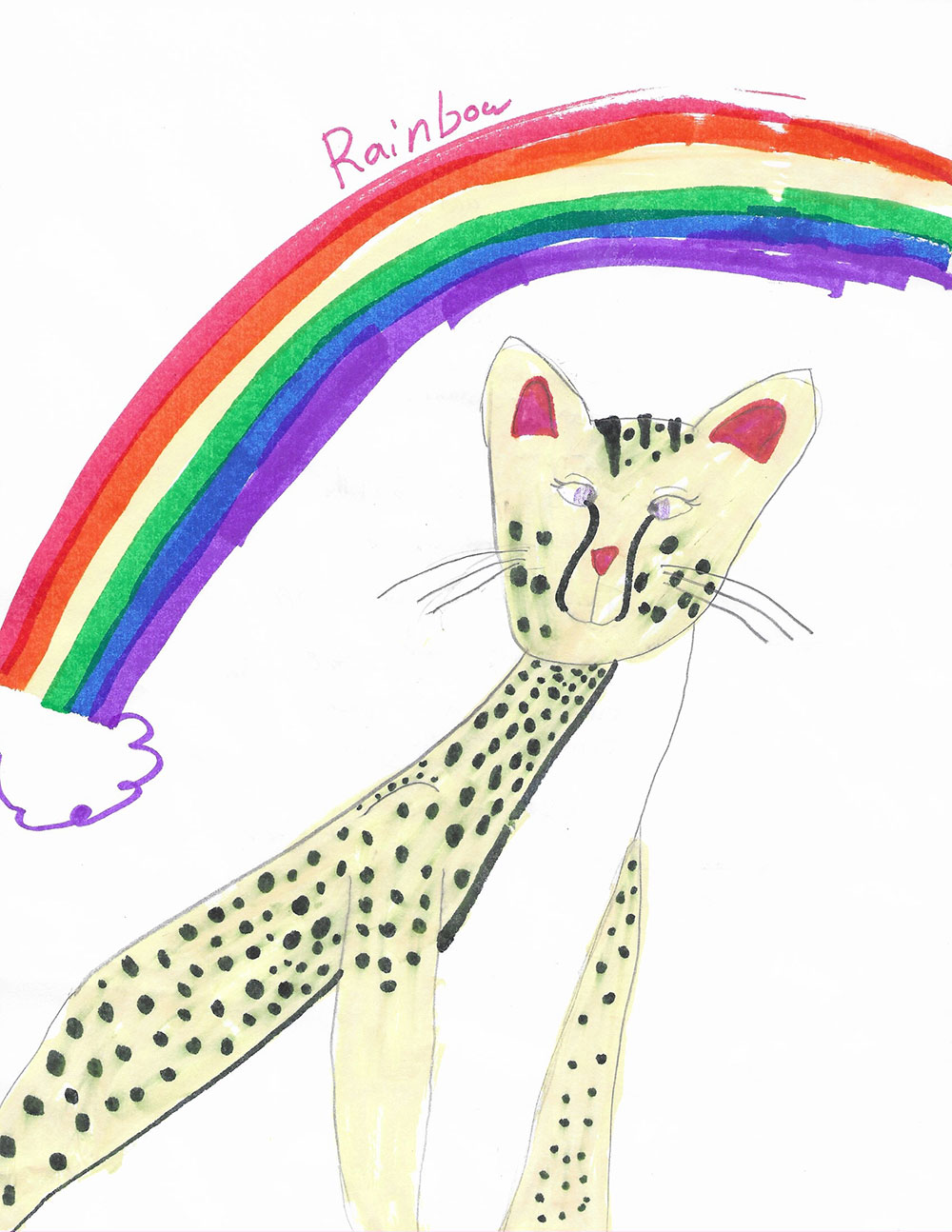