SoilDue to the grass depletion from overgrazing, many areas of the natural Namibian savannah have become overgrown with a variety of thornbush species. The overgrowth of bushes poses a serious threat to cheetahs and other native species, for the bushes clutter the landscape making it hard for the animals to navigate and the thorns can potentially puncture the animals.

In 2001 to reduce the encroachment of native thornbushes in the savanna while manufacturing Bushblok. CCF Bush (PTY) Ltd. Aims to restore the natural savanna habitat while stimulating the Nambian economy.The operation targets the encroachment of black thorn (Acacia mellifera), false umbrella thorn (Acacia reficiens) and sickle bush (Dichrostachys cinerea) species. Harvesting began in 2003 and continues today. At each harvested location not all bushes are removed and testing is conducted in accordance to environmental laws in order to preserve ecological integrity. 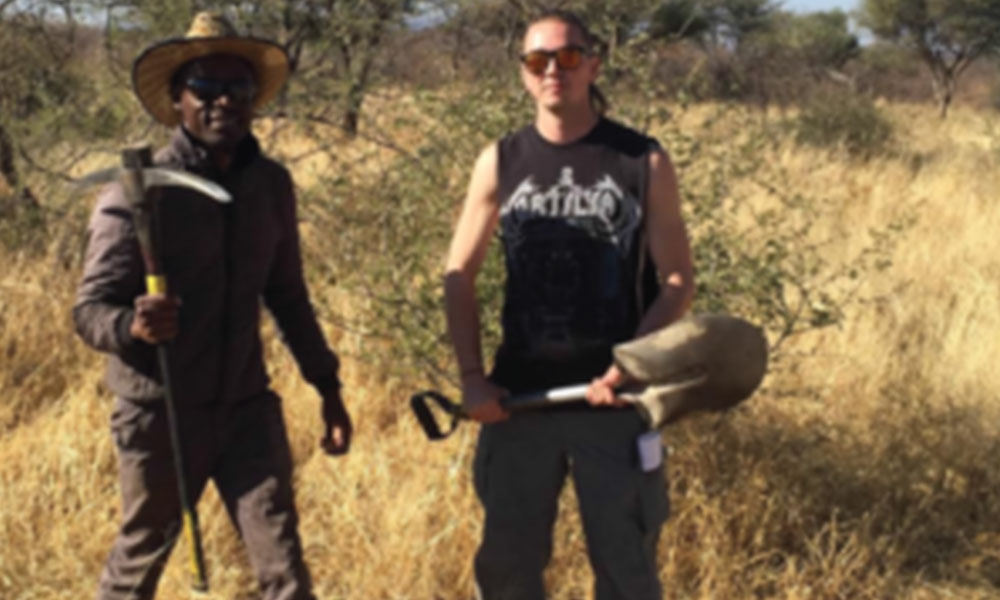 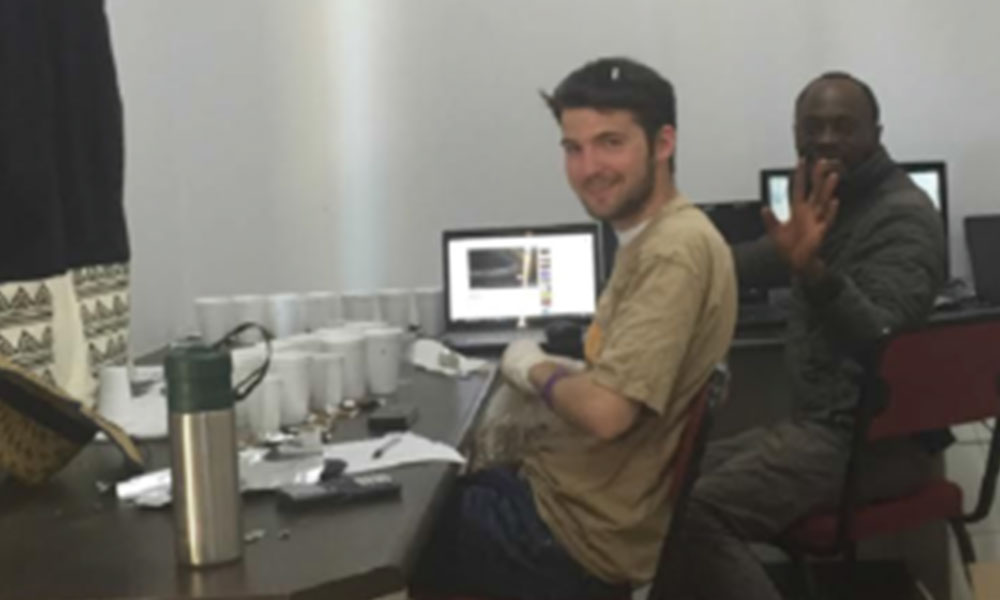 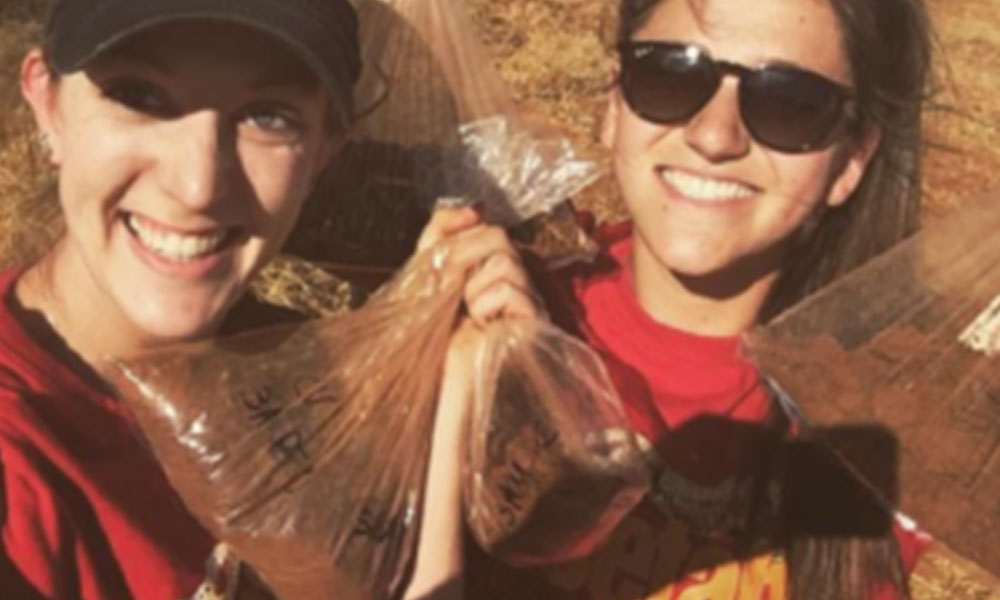 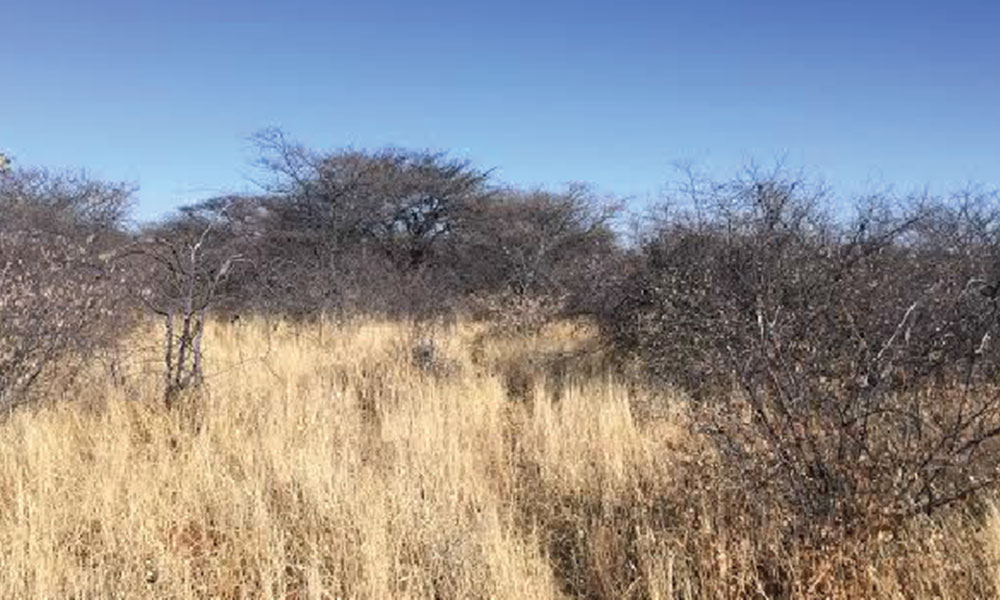 When harvested, the stems of the harvested plants are sprayed with Access, a picloram salt agent, to hinder regrowth of the bush. No other chemicals are used in the process and there are no additives to the final Bushblok product. The Forest Stewardship Council (FSC)™ (FSC-C004580) and the Wildlife Friendly Enterprise (WFEN) have already deemed Bushblok production a sustainable operation and the efforts of the cooperation wildlife friendly.

To determine the ecological impact of bush removal, CCF is currently conducting a soil survey study comparing the nutrient and mineral compositions, including the chemical and physical properties, between unharvested overgrown areas. For chronological sequence analysis, samples are extracted from fifteen non-harvested sites and fifteen harvested sites between the years 2003 to 2015. At each site, eight location points are selected to be sampled based on a randomization program from ArcMap GIS 10.4 ESRI software. At each point, three samples of 1 m^2 are taken at the depths of 5 cm, 10 cm and 20 cm. Field work began in June 2016 by graduate and undergraduate students from Namibian and international universities.

Collected field samples are brought back to CCF’s headquarters near Otjiwarongo for future analysis. The specific objective is to determine the physical and chemical properties of soils from harvested and unharvested sites by chemical analysis: Nitrogen (N), Phosphorus (P) and Potassium (K); percent organic matter, organic Carbon; Exchangeable cations (Calcium, Magnesium, Potassium, Sodium), cation exchange capacity (CEC); Soil pH; and Physical properties (sand, silt and clay fractions). To determine the impact of bush thinning on the ecosystem, the grass coverage on each sample plot and nearby vegetation is also compared between harvested and unharvested terrain.

The results of this study will be used as a baseline for future ecological research. Also, the findings will provide necessary reference information to help create guidelines for future operations in habitat restoration on commercial and communal farmlands.