Cheetah Conservation Fund (CCF) is the longest-running and most successful conservation project dedicated to cheetah survival.

Our signature programs, addressing human-wildlife conflict, livelihood development, education and habitat restoration, have stabilized the wild cheetah population of Namibia – the world’s largest — and have helped launch sister programs in several other cheetah range countries. None of this would not be possible without you.

In Namibia, CCF is known for our work with rural farmers on communal and freehold livestock farmlands around the country. For the past several years, our work has centered on the farmlands around the Waterberg Plateau National Park. This area is known as the Greater Waterberg Landscape (GWL). CCF partners with international, national and local organizations to secure these farmlands for conservation within the GWL to accomplish our mission, to save the wild cheetah for future generations. Here we work closely with the GWL’s 23,000 human residents to bring balance back our natural ecosystems.

Our core mission is the conservation of the wild cheetah, and we need your help. We invite you, and all our cheetah friends to donate this summer during Chewbaaka’s Wild Cheetah Challenge to support our work. Every contribution between now and August 31st, 2019 will automatically double in size up to $225,000! This means your gift will enable CCF’s highly-effective programs to continue while supporting our goal to create a positive impact across the cheetah’s range.

This is made possible by CCF’s Cheetah Challengers, a group of loyal supporters who have pledged to match your gift during the Chewbaaka’s Wild Cheetah Challenge campaign. This challenge produces the funds to support our successful programs like: 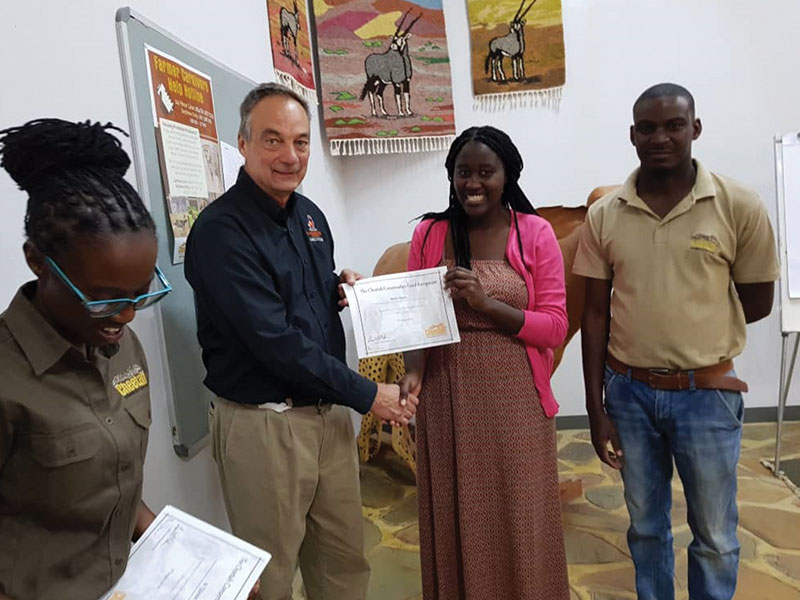 that provide hundreds of rural farmers with information and tools to help them earn better livings while encouraging coexistence with wildlife, including cheetahs and other predators, like the Africa painted dogs which are also living in this area. 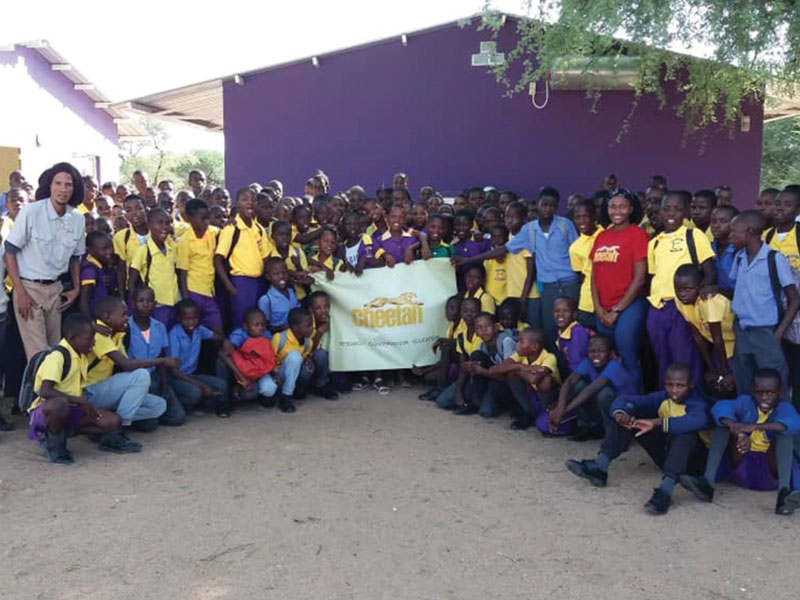 is our wildlife education program that touches the lives of thousands of Namibian young learners, helping make CCF’s impact in southern Africa sustainable for generations to come. 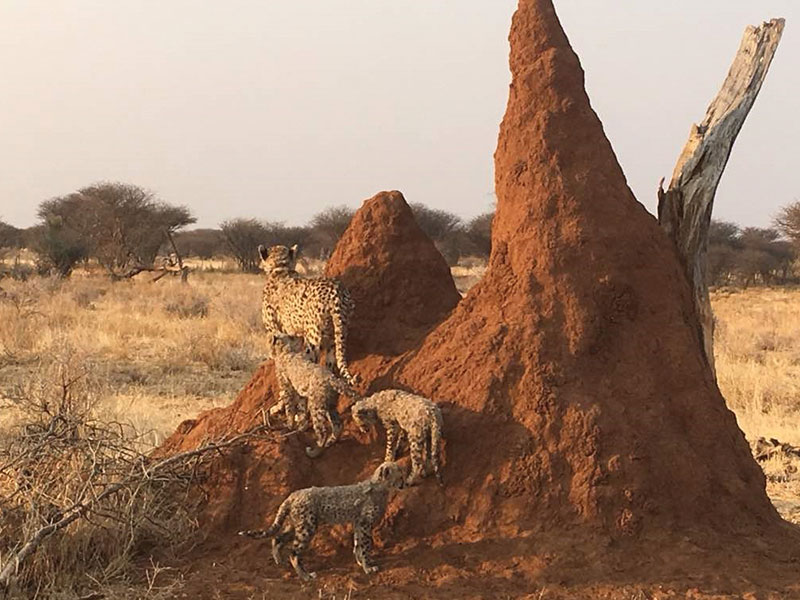 I am continually reminded of the importance of educating people about how we can live alongside wildlife and thrive. At CCF, we remain on call 24/7 for orphaned or injured cheetahs that need our help. A few weeks ago, we received a call from the Ministry of Environment and Tourism about a young cheetah cub found on the side of the road. It was snuggling with its mother, which had been hit by a car and did not survive. CCF’s Cheetah Keepers, Eli and Lora, made the nine-hour round trip to rescue the cub and bring her back to our headquarters.

Jaya is a little fluff ball that reminds me of Chewbaaka, our first orphan cub who came to CCF in 1995. Chewbaaka grew to become our most famous cheetah ambassador, and he enjoyed a very long life. He represented his species to millions of people across the world, and Chewbaaka’s Wild Cheetah Challenge is named in his honor. Looking into the eyes of this new little cub which we have named Jaya, after the granddaughter of one of CCF’s Trustees, I remember Chewbaaka’s legacy, and I am re-energized and want to share this with you. She is another reminder of why we are working so hard to maintain habitat for wild cheetahs.

In Namibia, more than 85 percent of wild species live on livestock farmlands. CCF, through acquisition and collaboration using proper land, wildlife and livestock management of farmlands in north-central Namibia, seeks to conserve available habitat for all species, but especially for those that are vulnerable or endangered like the cheetah and African painted dog.

Because of what we learned from Chewbaaka, and what we are reminded of by our youngest and newest cub, Jaya, CCF knows we must teach people about coexistence, and we act must quickly if we are going to save the cheetah for future generations.

In many countries of Africa, cheetahs now exist in populations so small there is a great risk they may become extinct within our lifetimes.

It falls upon the shoulders of our generation to fight as hard as we can to save them. We owe it to Chewbaaka and to Jaya, and to all the other wild cheetahs on the landscape.

Please donate during Chewbaaka’s Wild Cheetah Challenge. You can support CCF’s programs while helping us realize the dream of creating more space for cheetahs to live and for cubs to grow up under the watchful gaze of their mothers. Help us develop the GWL as a model landscape, one in which humans recognize the value of wildlife living on their land and agree to coexist.

Thank you for supporting CCF’s efforts to conserve the wild cheetah and care for those injured and orphaned which have been entrusted to our care. 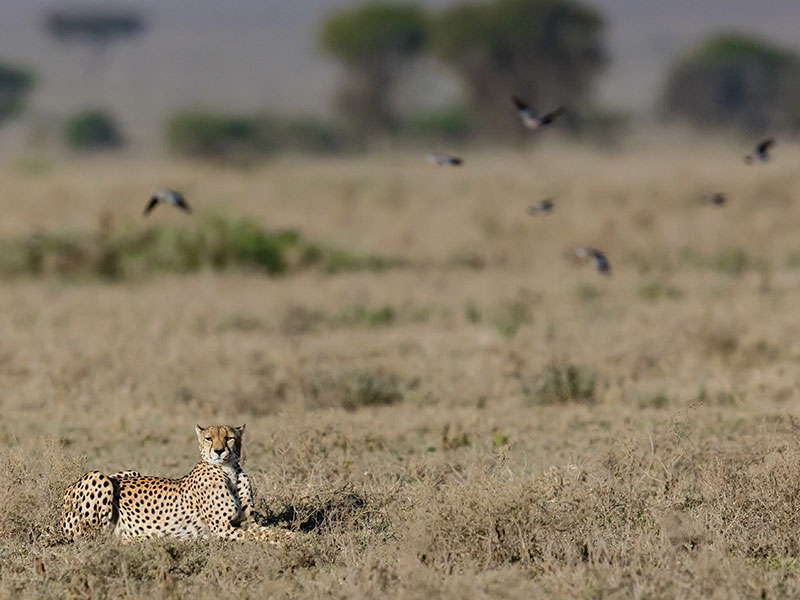 Meet the Organizations and Individuals Matching Your Gifts to CCF