The ecology team has been very busy over the last 2 weeks. We went to 40 camera trap sites across the 1st survey area (160km²) in the Waterberg Conservancy and collected the first full SD cards of the project. At some sites there were obvious spoor (foot prints) and signs of carnivores such as leopard and brown hyaena on the game tracks leading past the cameras but the question as always is ‘were they caught on camera’?

There was great excitement and apprehension when the SD cards were put into the computer for the first time. However, the results were better than we had hoped for especially as the cameras were only out for 2 weeks. We captured 122,449 photos which contained carnivores, game species, birds and…a lot of cows.

In terms of species of interest we captured: cheetah, leopard alone and with a cub, brown hyaena, black-backed jackal, caracal, honey badger, African wild cat, bat-eared fox, aardwolf, porcupine and aardvark, which is exciting as it shows that the Waterberg Conservancy is rich in biodiversity. The 2 highlights for us were of course the beautiful cheetah and leopard portraits but the close runner up was the 5 strong bat-eared fox family playing together in the day light. 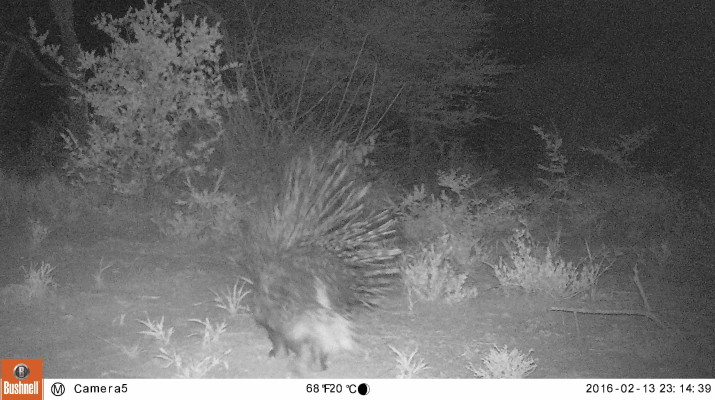 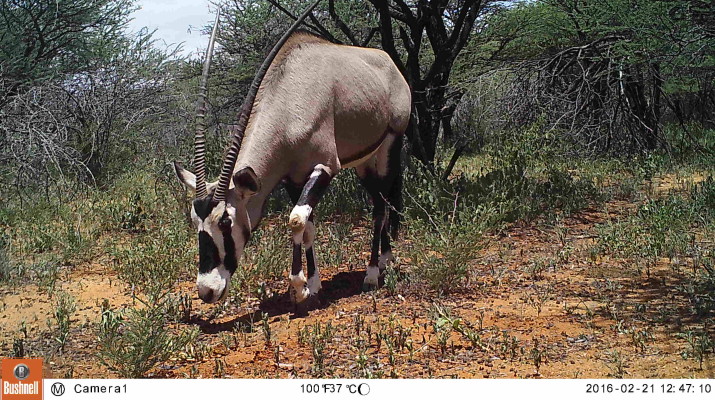 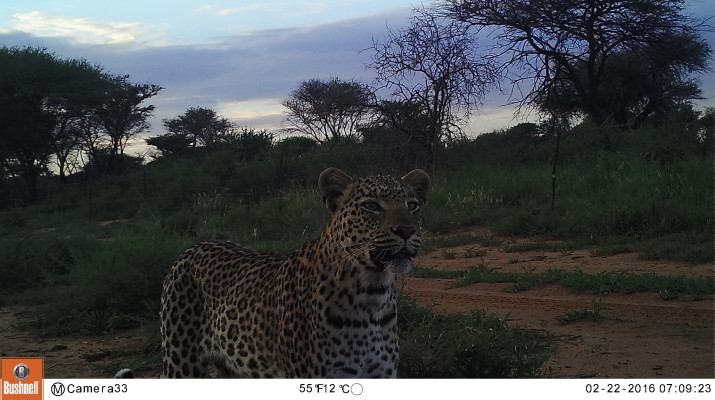 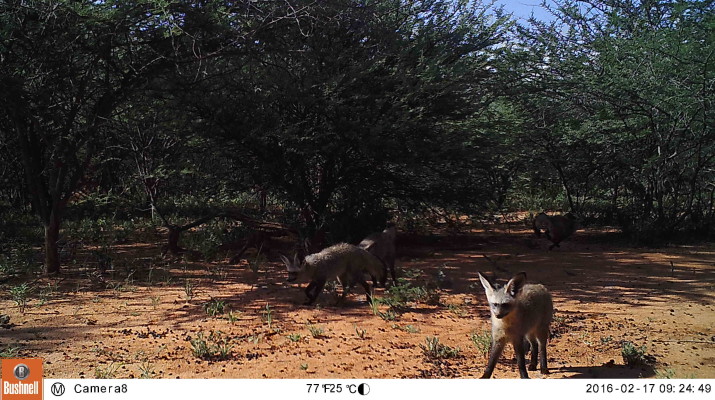