OTJIWARONGO, Namibia (23 July 2022) – Cheetah Conservation Fund (CCF) welcomes a delegation representing the Republic of Somaliland to Namibia July 25-Augut 3, 2022, to explore the link between rural development, tourism and cheetah conservation. Joining with local partner, the Namibian Association of Community Based Natural Resource Management Support Organizations (NACSO), CCF’s Founder and Executive Director, Dr Laurie Marker, and NACSO’s Executive Director Maxi Pia Louis, will lead the delegation on a tour of northcentral Namibia. The goal of the tour is to transfer institutional knowledge and experience about Community Based Natural Resource Management (CBNRM), eco-tourism, and the development of concessions around protected areas. The knowledge transfer between Namibia and Somaliland will assist the Somaliland government in developing their own model to meet the needs of nomadic pastoral communities while mitigating threats to wild species at their new CCF facility.

CCF has been working with the government of Somaliland since 2011 to combat the illegal wildlife trade in cheetah. CCF currently cares for more than 80 cheetah cubs in Somaliland’s capital city of Hargeisa. The animals were confiscated by the government and placed in one of three CC Safe House facilities, which are temporary shelters. In December 2021, CCF and Somaliland sponsoring partner, Ministry of Environment and Climate Change (MoECC), began construction of the CCF Cheetah Rescue and Conservation Centre (CRCC) at Geed-Deeble (“Land of Trees”) to provide a permanent home for the animals.

The CRCC will be built on 50,000 ha the Somaliland government has set aside to become its first national park. When complete, the CRCC will provide a permanent home for the cubs rescued from the illegal pet trade and from human-wildlife conflict situations. CCF expects to complete the Phase One facilities in time to move the cheetahs in by January 2023.

Namibia is widely considered to have model approaches noted for success. The visit will inform the delegation about Namibia’s conservation policies and about the daily operation of CCF’s world-renown Centre in Otjiwarongo. The Somaliland delegation will visit Erinidi Private Wildlife Reserve, Etosha National Park, Twyfelfontein, conservancies in the Kunene region and the CCF Centre. They will also meet with representatives from the Namibian government, conservation organizations and trade groups in Windhoek.

Somaliland’s Minister Shukri H. Ismail of the Somaliland Ministry of Environment and Climate Change (MoECC); Minister Mohamoud Hassan Saad, Minister of Trade and Tourism; Minister of Parliament Mubarak Musa Ismail, Chairman of the Committee on Environment, Natural Resources, Production and Energy at Somaliland House of Representatives; Head of Mission to the United States, Bashir Goth; and Fatima Saeed, CCF’s Senior Advisor to Parliament, will travel to Namibia for the first time, representing Somaliland.

Namibia’s conservancy models and systems of national parks and protected areas can serve as inspiration for Somaliland’s problems. Both have rugged terrain, arid climates and suffer from drought, and both countries have wild cheetah populations that come in conflict with rural agro-pastoral communities.

“CCF is very pleased to be able to bring this delegation from Somaliland to Namibia, to better help cheetahs and people in both places”, said Dr Marker. “The CRCC will be the first facility of its kind in the Horn of Africa. The government of Somaliland has been CCF’s best partner in addressing the illegal trade in cheetahs, and the government of Namibia has been CCF’s best partner in addressing human-wildlife conflict and habitat loss. Namibia is also CCF’s first and longest-standing government partner. CCF believes by bringing Namibia and Somaliland together, we will make great progress in conservation, by sharing our lessons learned”.

“From CCF, we have learned there is economic value in having healthy wildlife populations on our lands. Capitalizing on comparative advantages and providing appropriate incentives to use our natural resources in the most efficient ways possible provides a sustainable boost to local economies. We think these are very good reasons to invest in introducing a CBNRM approach in Somaliland,” said Maxi Pia Louis, NACSO Director. 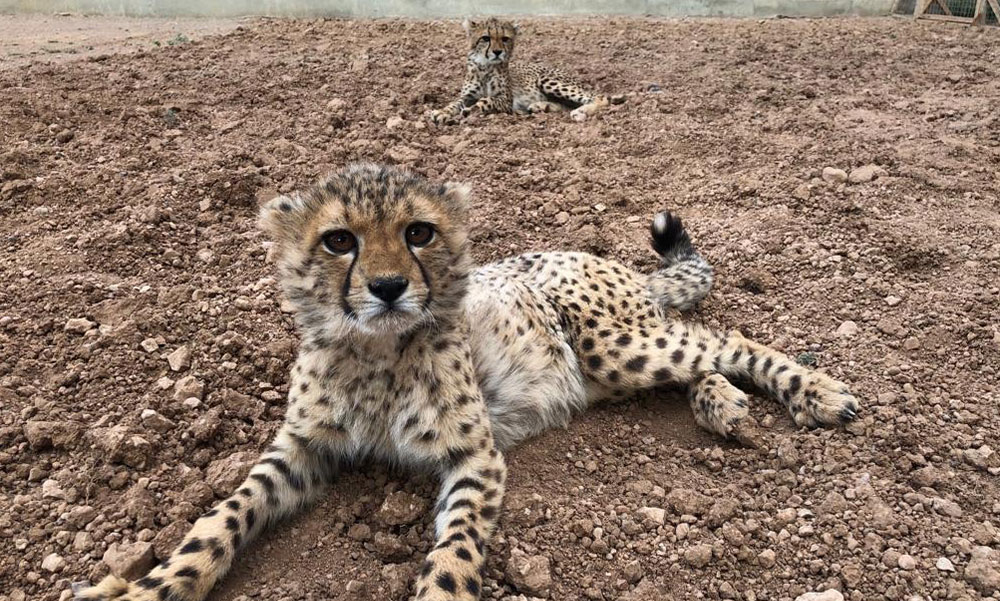 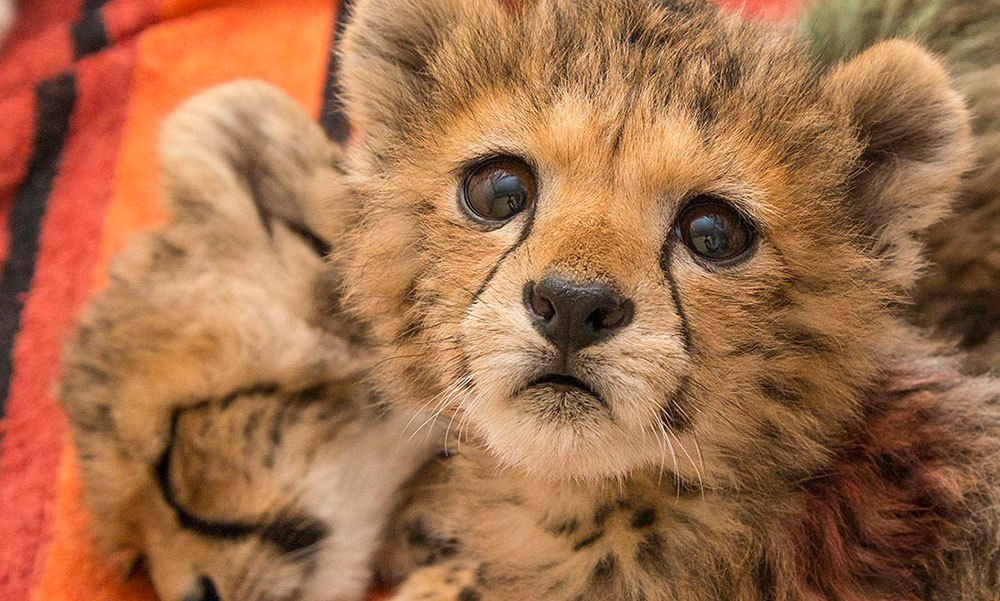 CCF’s Somaliland and international staff care for more than 80 cheetah cubs in Hargeisa, Somaliland, in temporary facilities built by CCF.

Cheetah Conservation Fund (CCF) is the global leader in research and conservation of cheetahs and dedicated to saving the cheetah in the wild. CCF has created a set of integrated programmes based on its research to address threats to the cheetah and its ecosystem. Founded in 1990, CCF is an international non-profit organisation headquartered in Namibia with a field base in Somaliland. CCF is celebrating its 30th anniversary in 2020, making it the longest running and most successful cheetah conservation organisation.

The Namibian Association of CBNRM Support Organisations (NACSO) is a consortium of nine Namibian civil society organizations that work together to support, promote and strengthen community-based natural resource management (CBNRM). Since its founding in the 1990s, NACSO has played a key role in the development of Namibia’s CBNRM program, which today has expanded to deliver a growing suite of critical conservation, rural development, tourism investment, and economic diversification functions. Learn more: nacso.org.na

The Ministry of Environment and Climate Change (MoECC) mandate is to conserve, protect and manage national development of natural resources and the environment for the benefit of Somaliland people. MoECC promotes the pastoral sector through sustainable development aimed at the eradication of poverty and improving living standards while ensuring that a protected and conserved environment will be available for future generations. moecc.govsomaliland.org