Two of our students from the Van Hall Larenstein in the Netherlands will be leaving at the weekend, which is sad. Teresia Robitschko undertook a project to determine the extent of human-wildlife conflict in a number of conservancies across Namibia. The results of her research highlight the need for more training in effective livestock husbandry management, such as the Farmer’s Day courses run at CCF. Marieke Reijneker analysed four years of data from waterhole counts in Bellebenno game camp and discovered that rainfall has an effect on the population counts of warthog and eland. Instead of coming to drink at the waterhole, these species instead use surface water to quench their thirst, which underestimates the population counts.

The wild female cheetah with her five cubs that were released on 10 December 2011 have been tracked by a satellite collar to determine their movements. Over the last month the mother went south onto our neighbour’s property, north-east to the edge of the Waterberg Plateau and now is heading back onto CCF land! I hope that she is still with her cubs (including her adopted ones) but can only be sure when I catch a visual of her. It is possible her presence will be picked up by our camera traps on our property if she decides to stick around.

Our resident male cheetah, HiFi, had his radio collar replaced last month as I was finding it hard to get a signal from it with our radio-tracking equipment. Since then I have picked up a strong signal from him at least 4 times per week and have spotted him frequently on our camera traps. 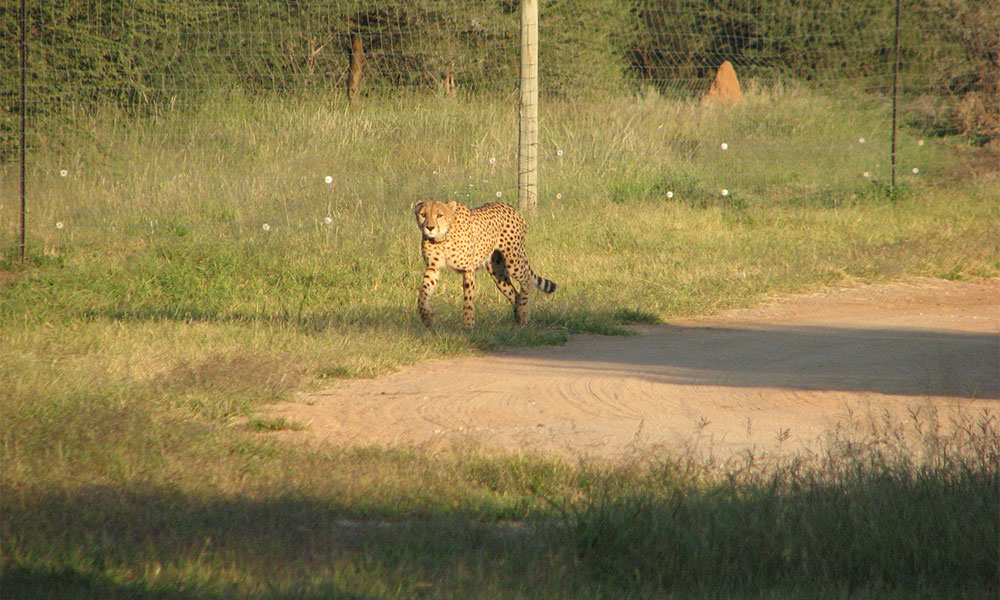 Hifi on the move near our electrified fence. 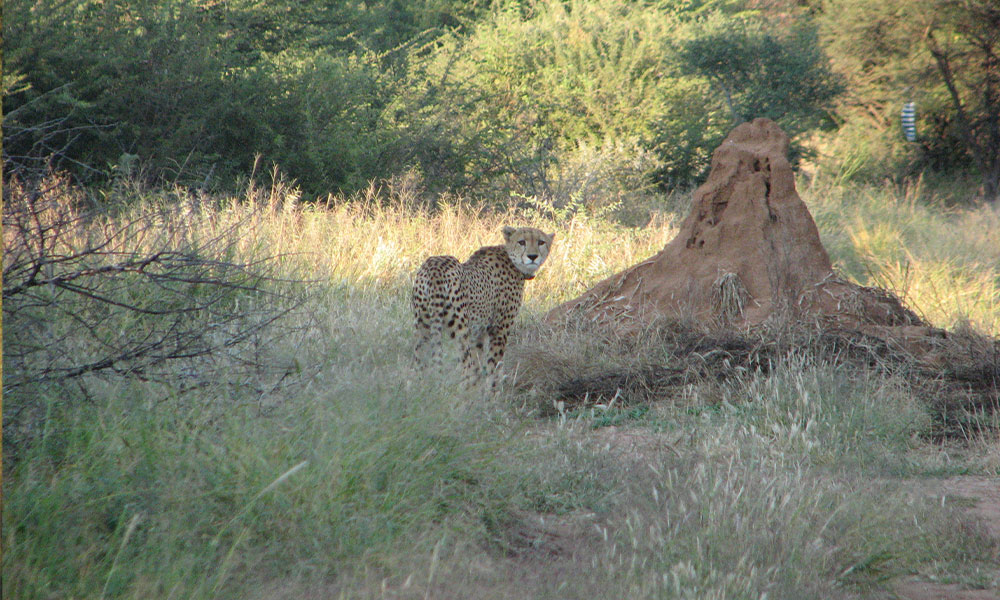 Hifi posing near a termite mound. 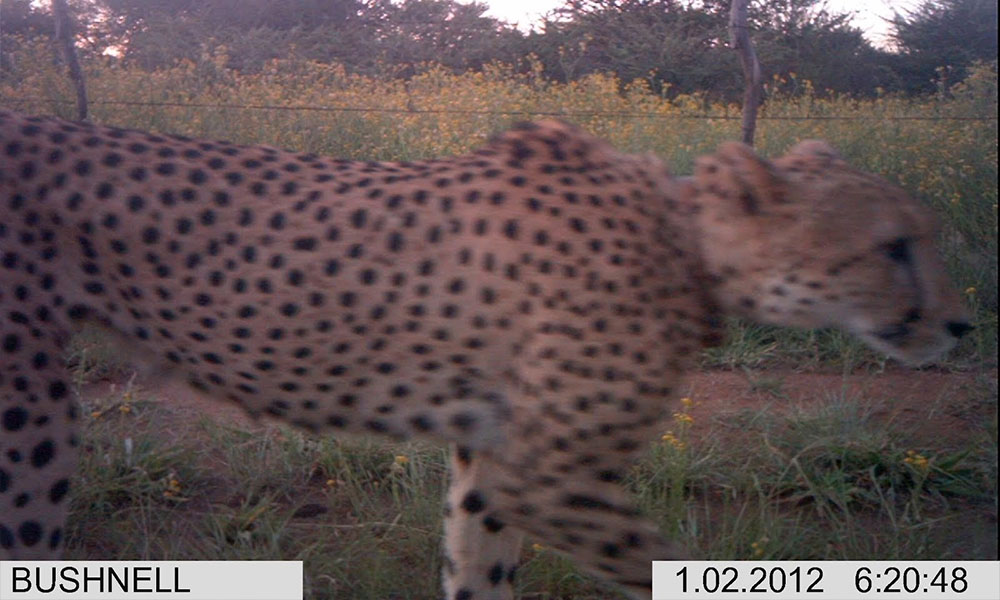 As mentioned on Laurie’s Field Notes in December, I am preparing for the release of two of CCF’s resident female cheetahs into our training grounds in the Bellebenno game camp. This is always an exciting time for me as it allows us to determine how ready for the wild each individual cat is with the hope of eventual release in the future. I shall keep you updated as to their progress.