The worlds cheetah population is estimated at less than 7,500 adult and adolescents. In certain areas within cheetah range, scientists are able to make estimations on cheetah presence but are unsure what the population and distribution actually looks like. Some of these areas are difficult to access because they are remote and inhospitable. In other areas, the use of remote cameras and satellite recording equipment is prohibited, which means that researchers cannot gather as much data on cheetah numbers and other wildlife as in other areas.

A few of the benefits of gathering data using remote technologies are:

With a greater understanding of how many cheetahs there are in the wild, we can make a better plan for how to save the species across its range. You can help us to monitor and track cheetahs using satellite collars and camera traps, as we continue our efforts to rehabilitate and track released cheetahs in Namibia. A generous group of donors known as Chewbaaka’s Wild Cheetah Challengers have committed to match your gifts to CCF up to $325,000! You can make twice the impact towards our studies of cheetah ecology and returning cheetahs to the wild by donating before August 31, 2022. 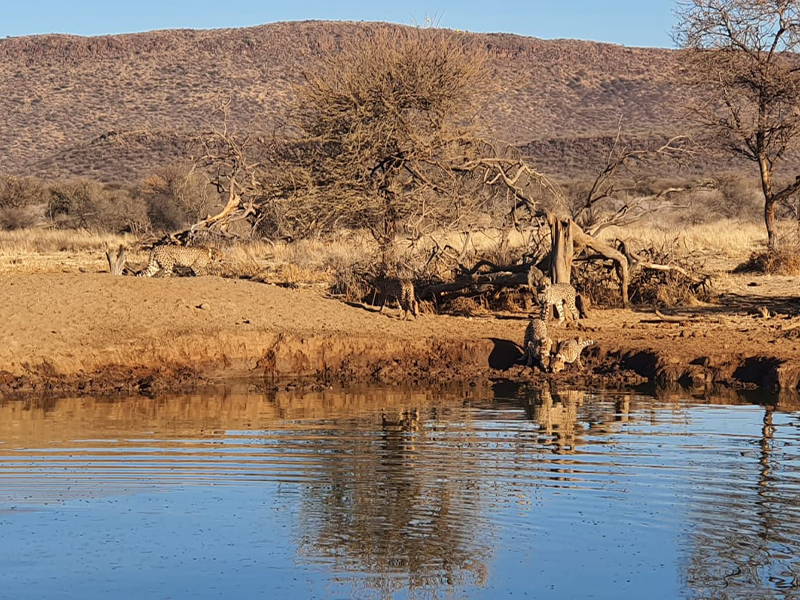 Orphaned or injured cheetahs are still captured on farms due to human-wildlife conflict. CCF rehabilitates as many of these cheetahs for release back into the wild as possible. Farmers are far more likely to allow us to release cheetahs back onto their land when they are wearing a satellite tracking collar. When a cheetah is collared, we are able to show farmers where the animals travel and help them better protect their livestock herds. Our research shows that most of the time wild cheetahs avoid humans and prefer to hunt wild prey over livestock. But, practicing good livestock and rangeland management is critical to protect both the livestock and the cheetahs. This is where CCF’s Future Farmers of Africa Training program and the use of Livestock Guarding Dogs have proven their worth.

CCF is also helping combat the illegal wildlife/pet trade by working in partnership with the government of Somaliland. In this region, the number of cheetahs living in the wild is not yet fully known. To help build a strategy that accurately reflects the current conservation needs, we are conducting a cheetah census and survey. In the first survey, we focused on the rural western part of the country. This August, we will be working in the north eastern part of the country. You can help us gain a better understanding of the amount of cheetahs living in Somaliland by supporting our Chewbaaka’s Wild Cheetah Challenge. Your donations will be matched up to $325,000 if you give before August 31, 2022.

Some of the cheetahs that have been rehabilitated, released, tracked and studied are shown below. The cost of veterinary care and rehabilitation for orphaned or trapped cheetahs is variable, some just need rehydration and simple wound dressing. With a few days of food and supplements these can go back into the wild. All the cheetahs we release are satellite collared. Satellite tracking collars and camera traps are often donated to us, but most of the time we have to purchase this important equipment. Our field research staff is highly qualified, CCF has the best researchers, educators and conservationists working and living on-site at our International Research and Education Centre in Otjiwarongo, Namibia. Every part of our holistic conservation approach plays into our release program. Each rehabilitated and released cheetah could cost CCF up to $13,000. Most orphan cubs come to us at an early age and need to grow up for a couple years or more before they are old enough to go back into the wild. The value of having these cheetahs go back into wild to play their role in the ecosystem is priceless! 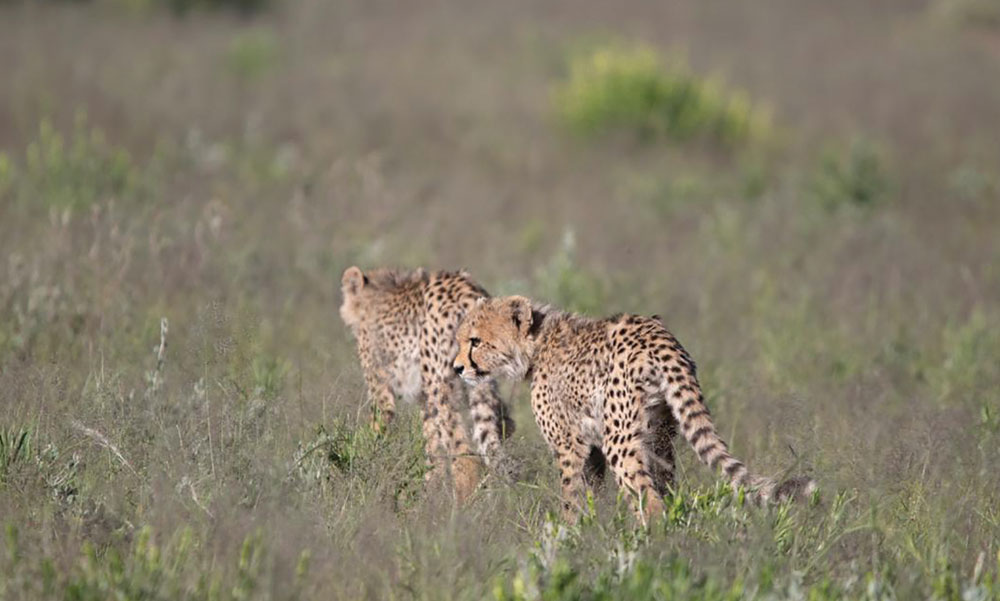 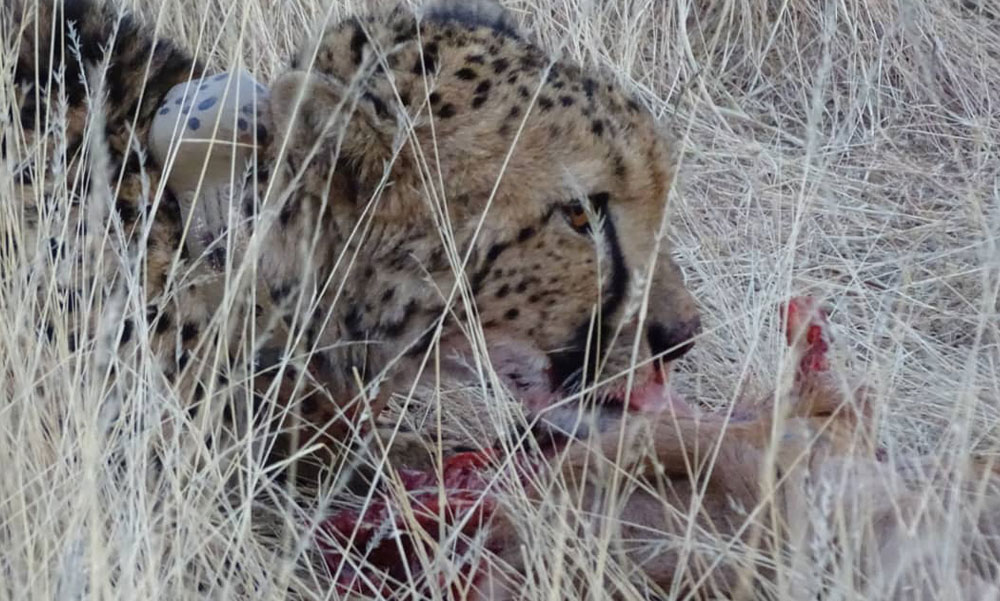 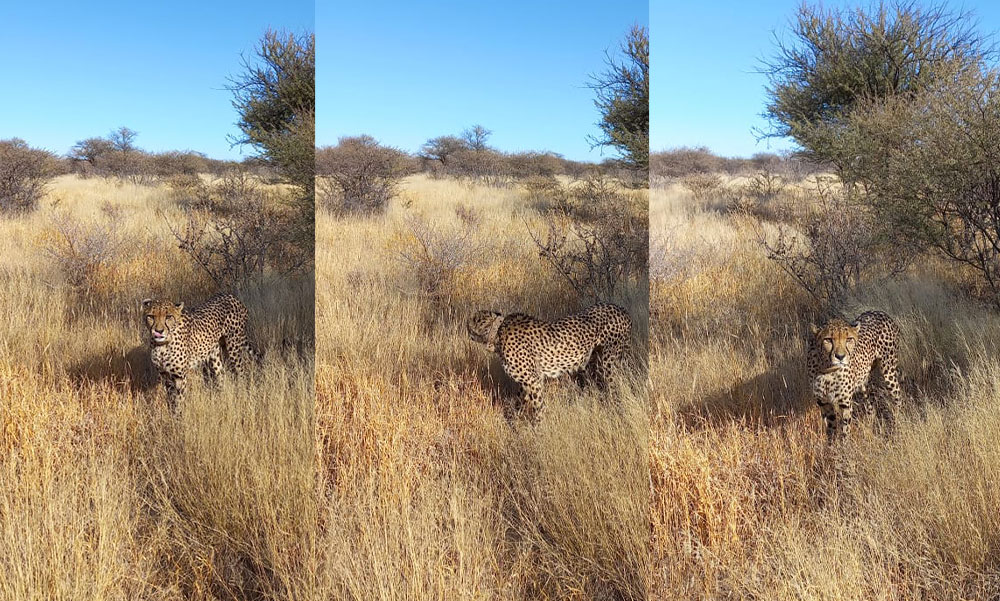 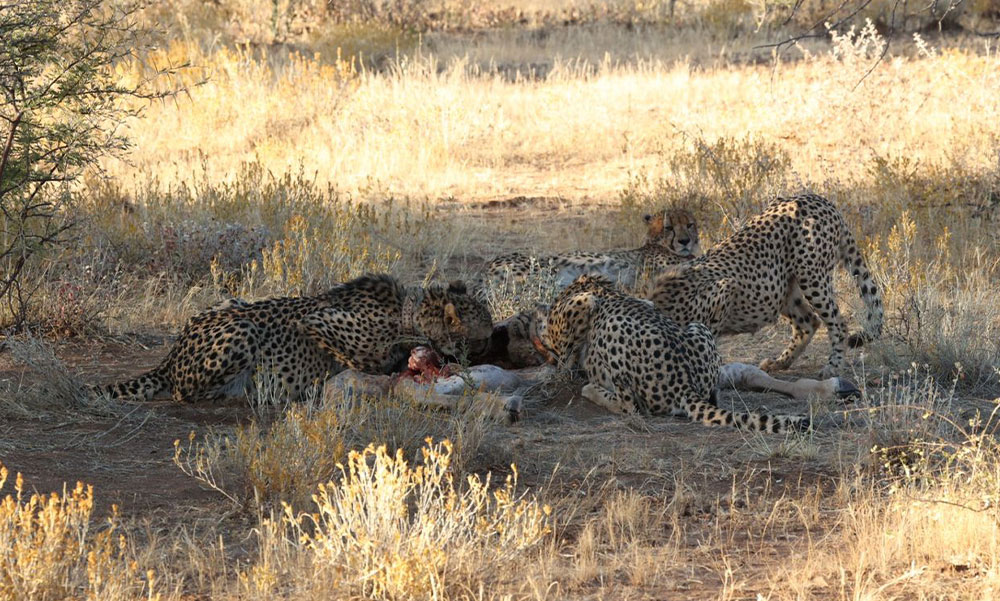 The “five boys” CCF released in March 2022 – Max, West, Mike, Thor and Ben are doing very well. They are all still together and have been hunting and feeding themselves entirely on their own for the past couple months.

When monitoring female cheetahs, we can detect births based on changes in their movement patterns. One of the females we released in 2019. Georgia we knew had given birth based on her collar data. Her offspring, Atlanta (female) and Tbilisi (male) are doing well. Atlanta and Tbilisi have split up and are now living on their own. We will be putting tracking collars on both of these cheetahs in the coming months.

Jacomina was released in 2014, and gave birth to two female cubs, Shandy and Savanna. Savanna’s cubs, Oban and Talisker (both males) are now adults. Since dispersing from their mother, they now have a very well-established home ranges of their own in the western region of Erindi. They were recently refitted with satellite tracking collars, and we have gained a lot of great movement data on them.

Hela is one of the female cheetahs released in 2021. She will be getting a new collar soon so that we can continue to study her behavior. She is also doing very well, and she is a very successful hunter.

Dax and Lauw, two male cheetahs, were released in January 2021. They aren’t often seen by Erindi rangers, but we can see their movements via their satellite collar data and they are also doing well.