With much sorrow, I confirm our conservation community has experienced a tremendous loss. James Young, International Project Manager for CCF’s Cheetah Safe House, had a heart attack and passed away while en route to the hospital in Hargeisa, Somaliland this week. James had been contracted to guide day to day operations of the CCF Safe House and Veterinary Clinic. He worked from Hargeisa; Addis Ababa, Ethiopia; and his family home in England on a rotating basis since May 2019 with myself and the local team. James was well known in the Somaliland community and in East African conservation circles. Immediate condolences were received from the Minister of Environment and Rural Development, Minister of Foreign Affairs, and President Muse Bihi of Somaliland; the Ethiopian Wildlife Conservation Authority; the U.S. Department of State Regional Wildlife Office; and the UK Foreign Commonwealth Office. Since the news of his passing, messages from friends and NGOs around the Horn of Africa have been pouring in, a testament to the impact he made.

Bruce and I first met James in 1998, when he joined CCF Namibia as a professional volunteer. He assisted us with the redesign plans that helped make our Field Research & Education Centre in Otjiwarongo the world-class facility it is today. We benefited from his skills again from 2003 to 2006 as a business and marketing planner, to help with our biomass and habitat restoration program. He designed the label for Bushblok, our flagship product, which has become emblematic throughout the biomass industry in Namibia. James shared his skills with several other organizations, focusing his time in Ethiopia where he helped established Ensessa Kotteh in 2007, the wildlife sanctuary in Ethiopia operated by Born Free. CCF has helped place cheetahs and big cats confiscated in the Horn region there for many years, as the need has arisen.

James was a bit of a conservation vagabond: His early career was establishing and running a successful graphic design group in the UK in 1984. In 1991, he moved into the conservation space. Over the next three decades he would work with conservation groups in India, Kenya, the USA, UK, Namibia, Ethiopia, Tanzania, and finally Somaliland. James had an extroverted personality, a tremendous charm and wit, and he was adept at networking in whatever country he was working. James was exceptionally dedicated to his career. He found no challenge impossible. He exemplified CCF’s belief – to save the cheetah, first we must change the world.

If a life well-lived is not measured in years, but by the experiences we collect and the friends we make, James Young had an incredibly successful life. He made an indelible impact, and although he was taken from this world too soon, we can take comfort in knowing that he passed doing what he loved most. He will be missed by many, many people and by 34 cheetah cubs in Hargeisa. 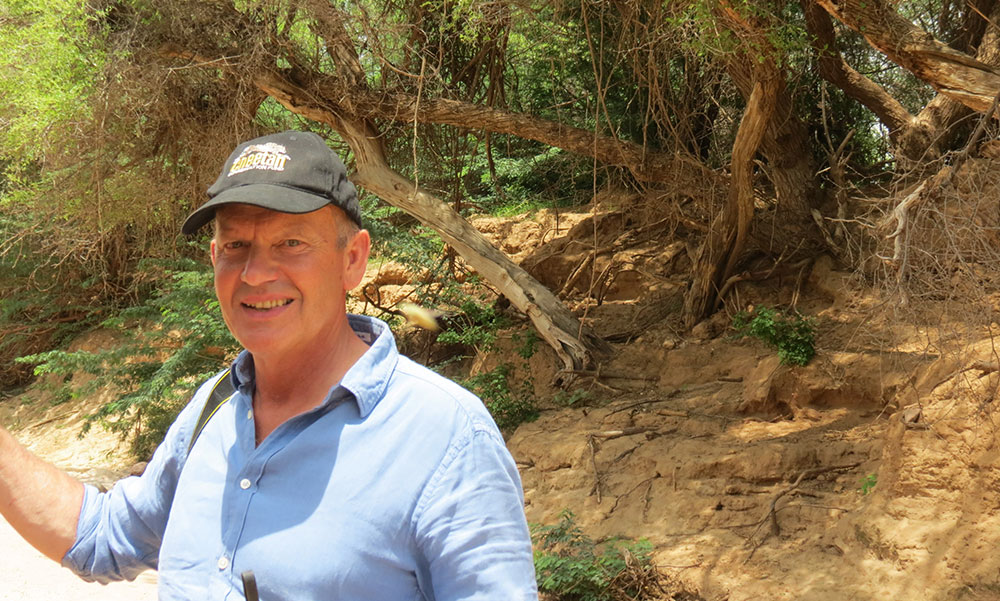 James at Geed-deeble, the national park site CCF will base our permanent cheetah sanctuary in Somaliland. Geed-deeble means "Land of Trees" in Somali. 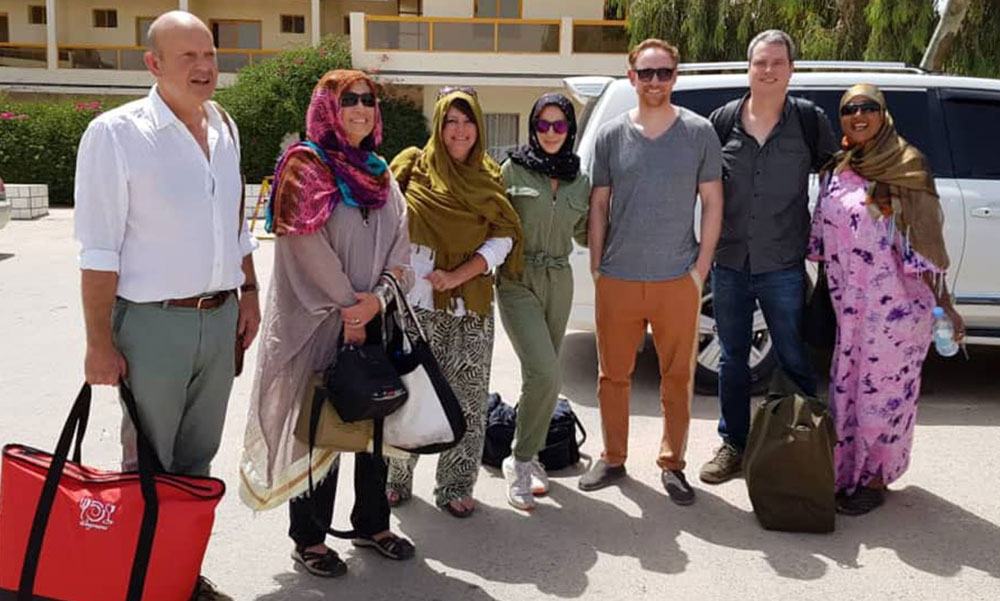 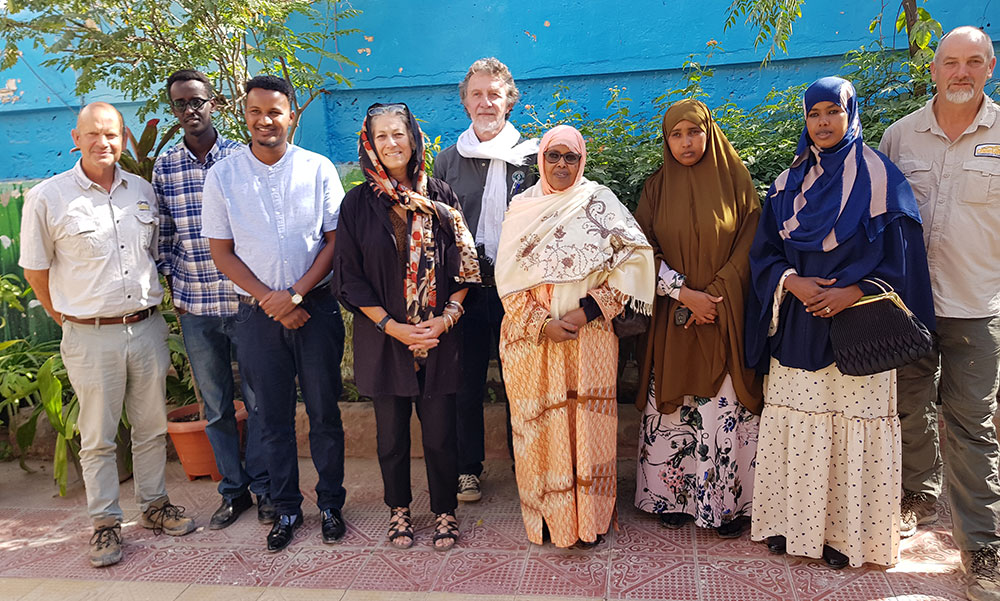 In February 2020, CCF and African Parks Special Envoy Jean Marc Froment met with representatives of the Somaliland central government to talk about developing Geed-deeble and creating a national park system. 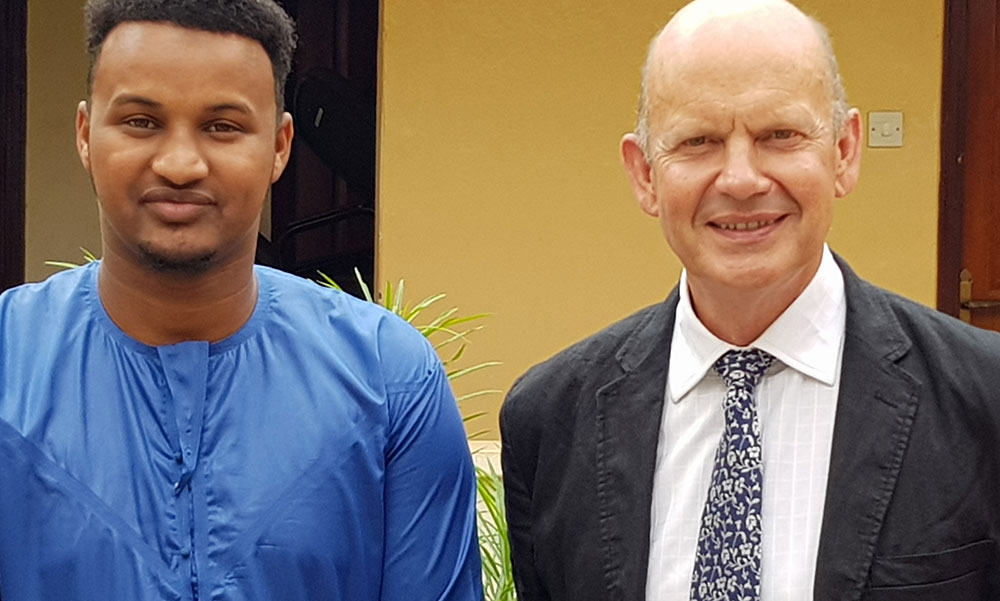 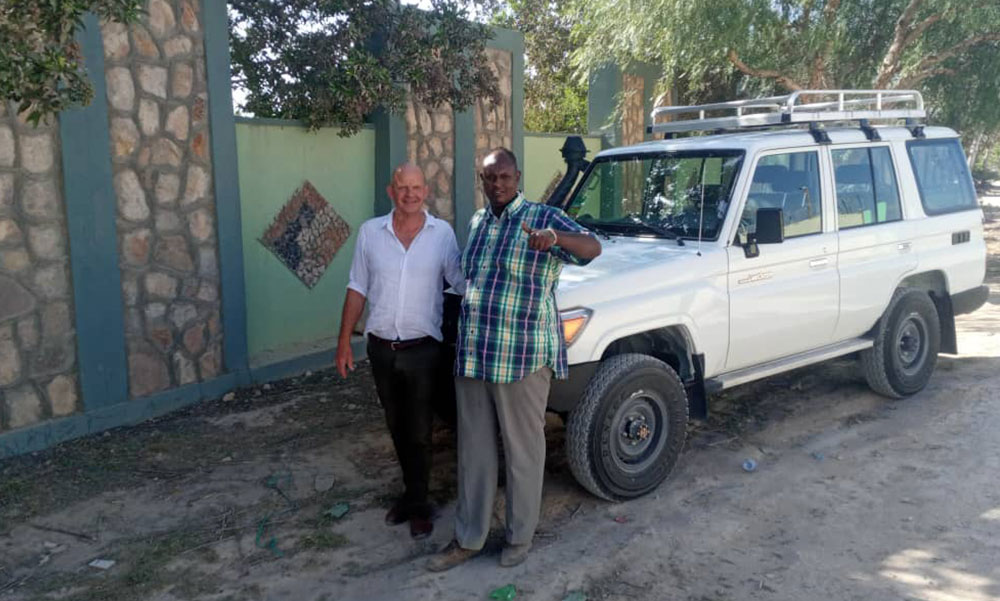 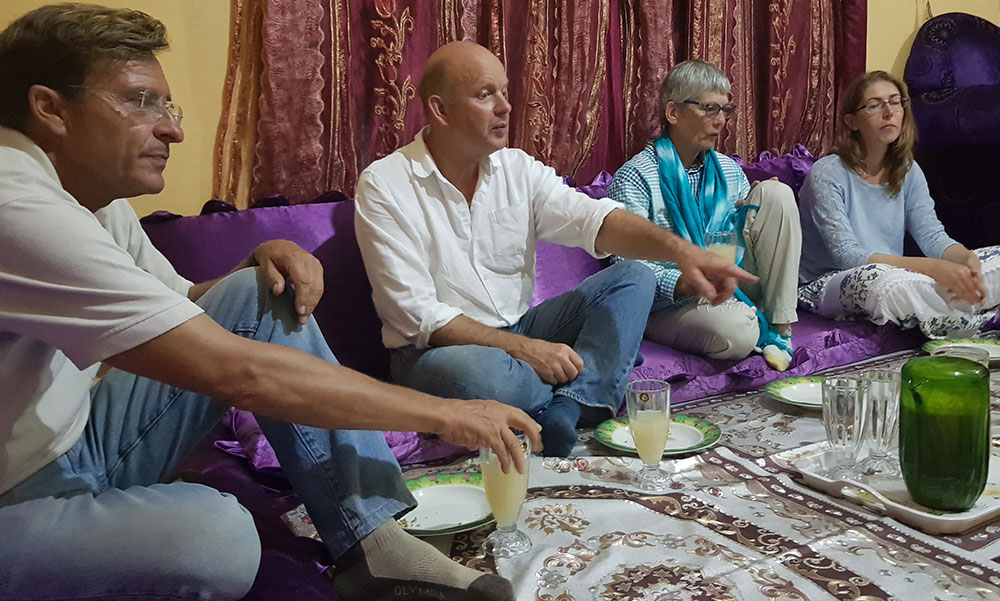 Dr Bertrand LaFrance of DECAN Djibouti, James, CCF Co-Project Manger Toni Piccolotti and CCF SL Veterinarian Karina Flores Pineda. James made plans for us to enjoy a meal at a local restaurant. James was like our CCF concierge in Somaliland. He always wanted everyone to enjoy themselves. 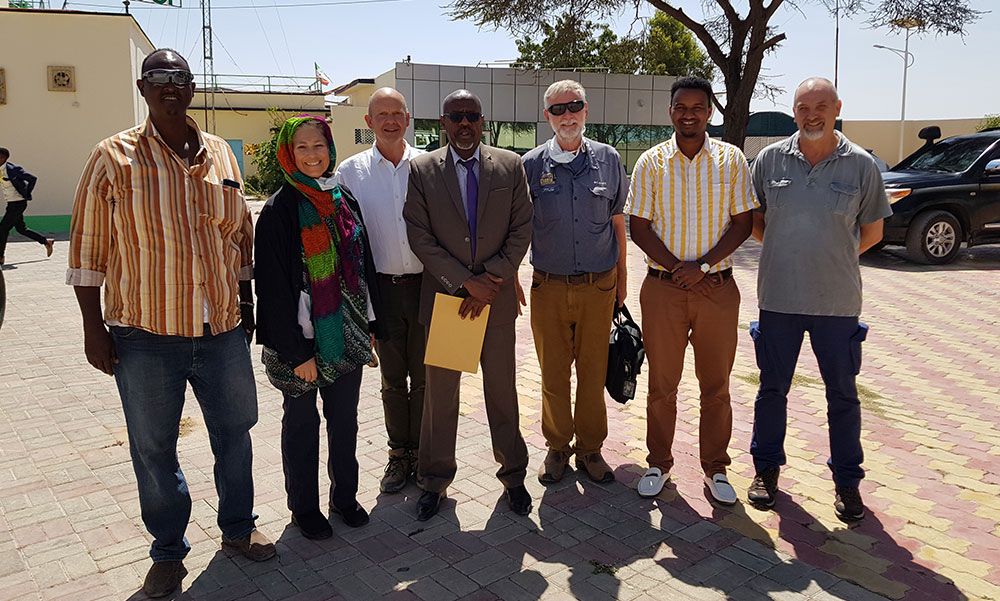 James and the CCF SL team greet Laurie and Bruce in Hargeisa Feb 1, 2020. James was a regular face at the airport, greeting all CCF staff and volunteers on arrival. From L to R - Ismail, Laurie, James, DG Nuur of the Foreign Ministry, Bruce, Abdinasir Hussein and Chris Wade. 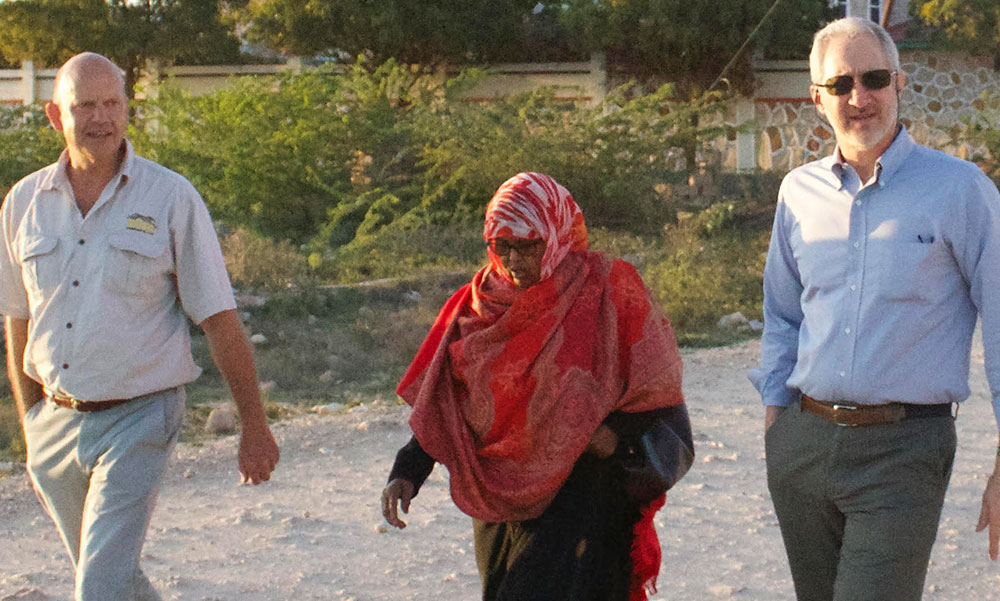 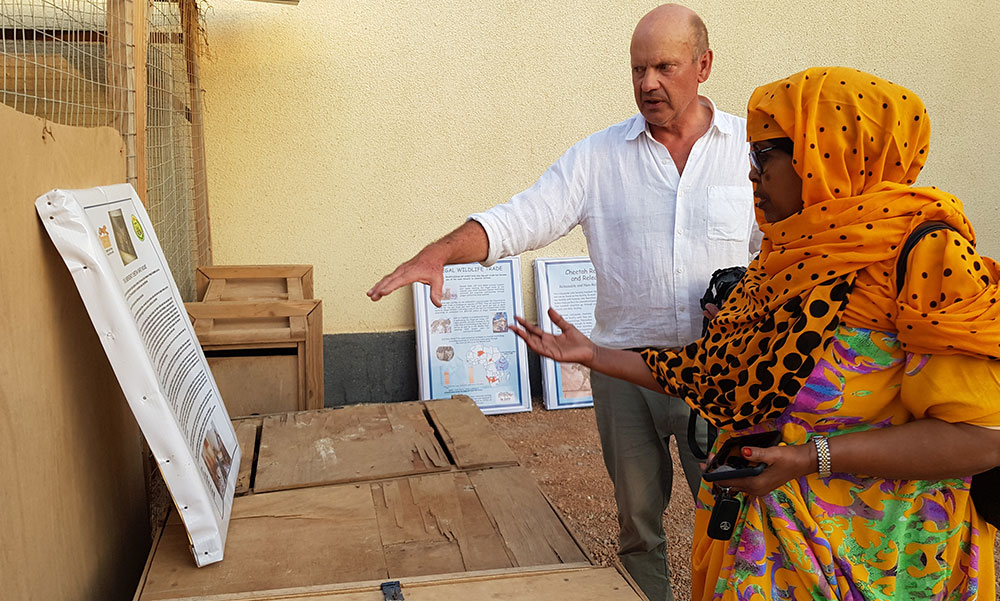 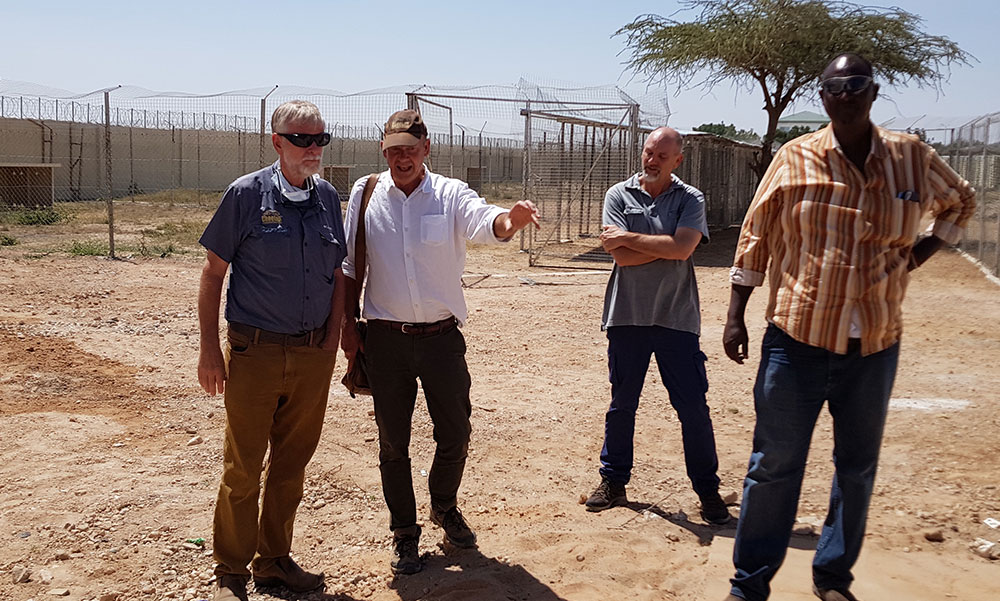 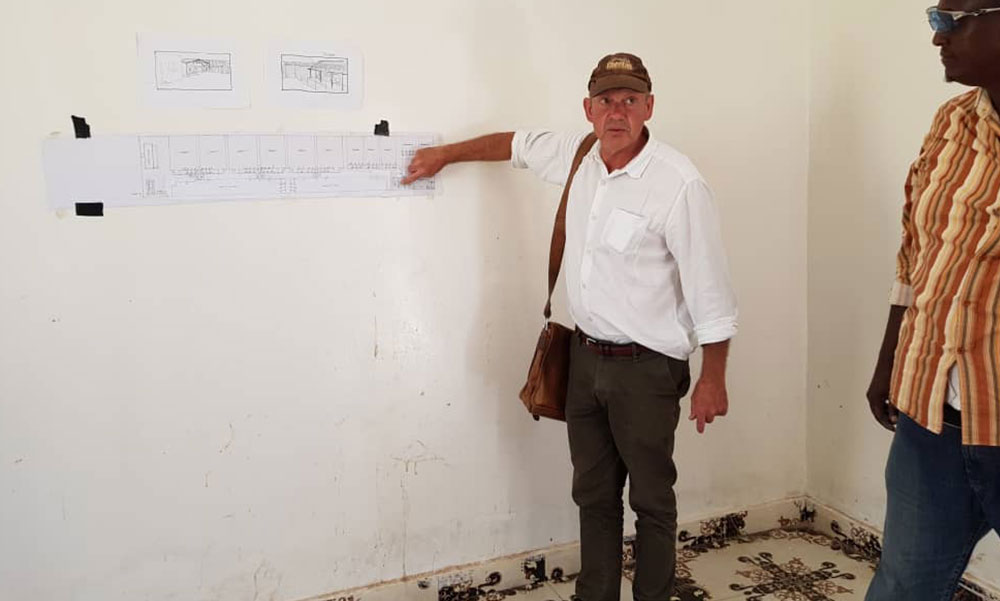 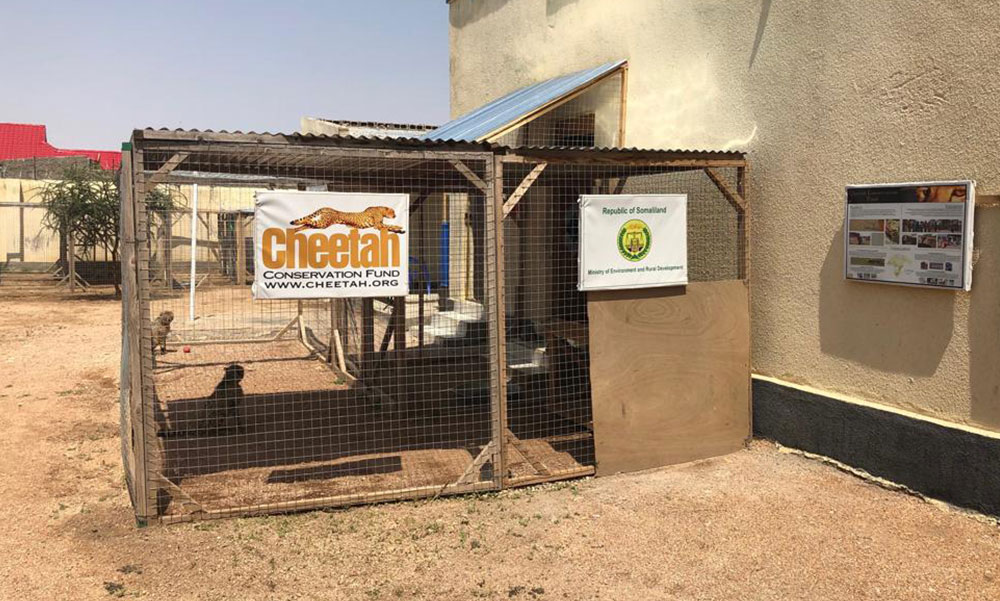 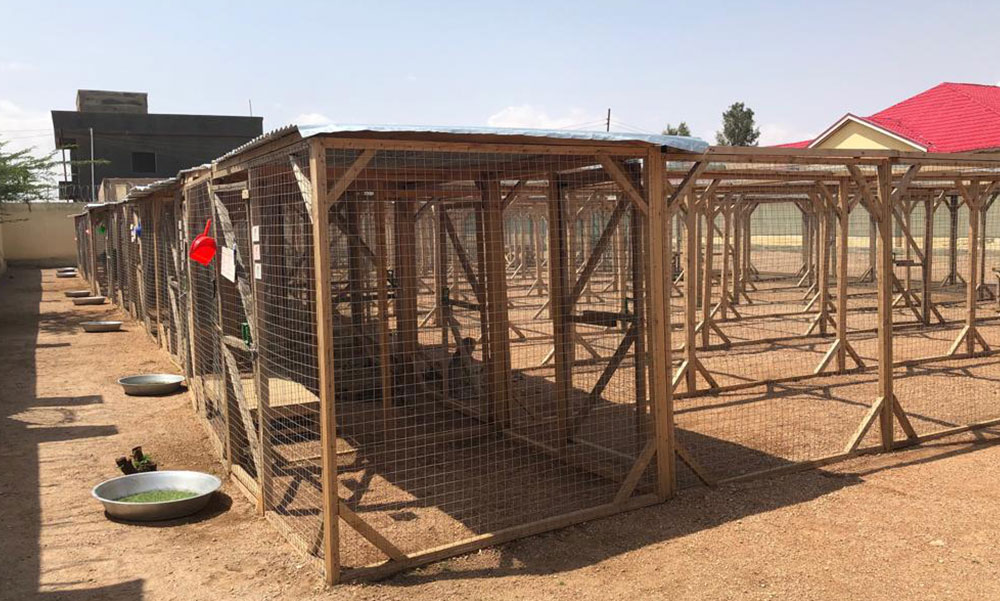 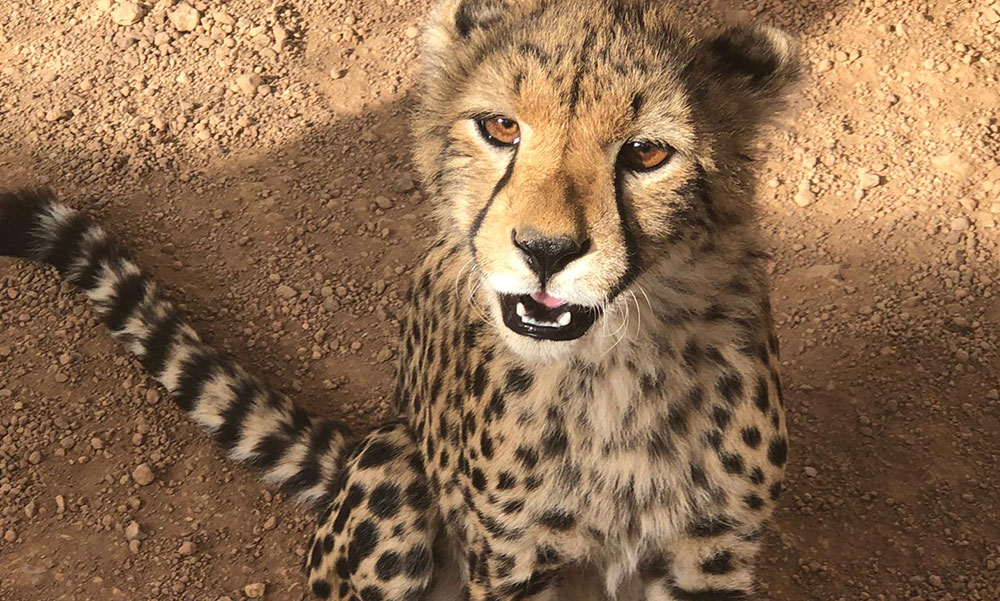 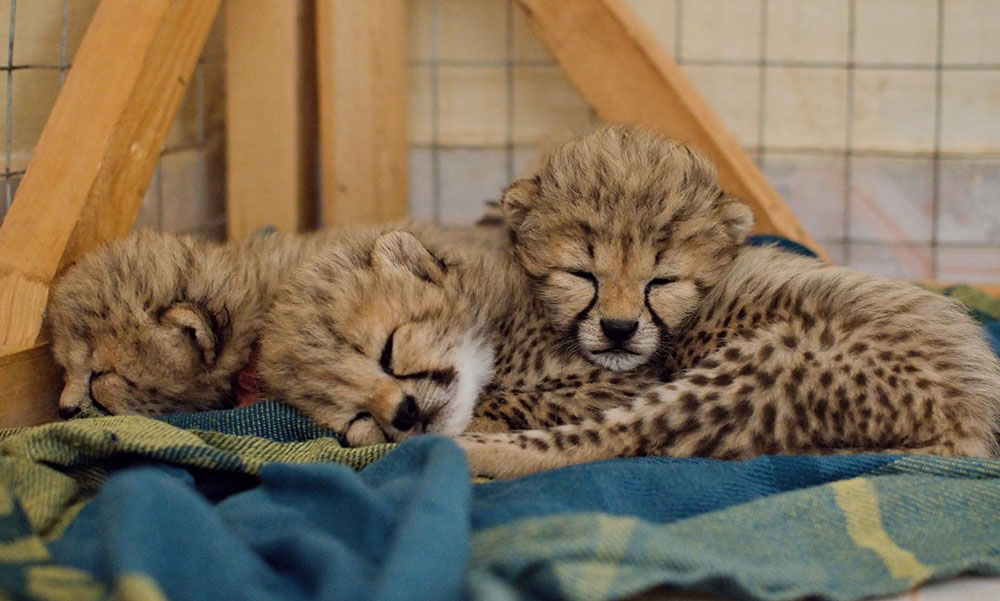 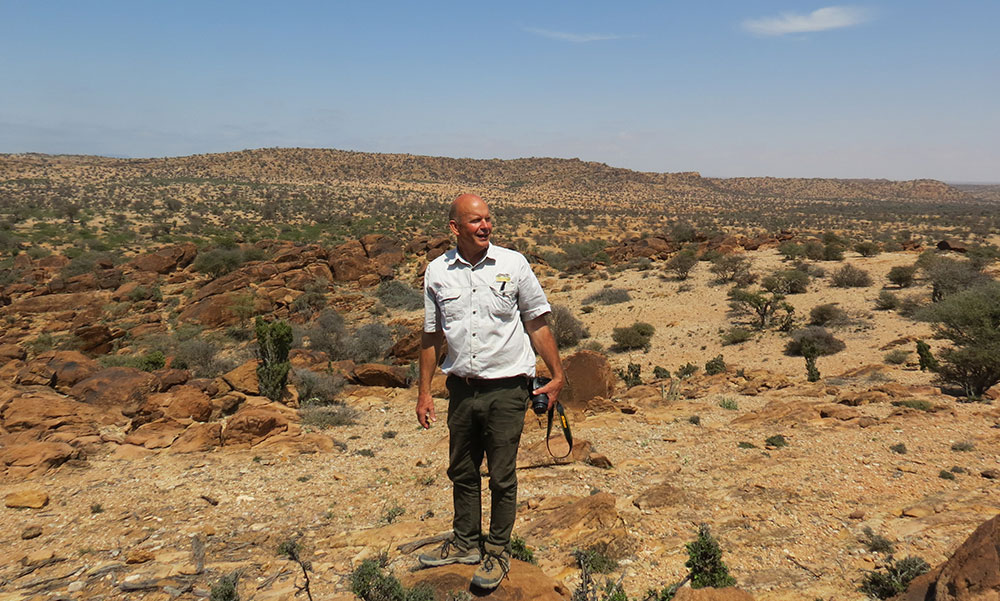 James perching on a rock at Geed-deeble. I remember shooting this photo, he was pretending he was a cheetah, to get their perspective, to determine if this would be a good place to locate our cheetah sanctuary. 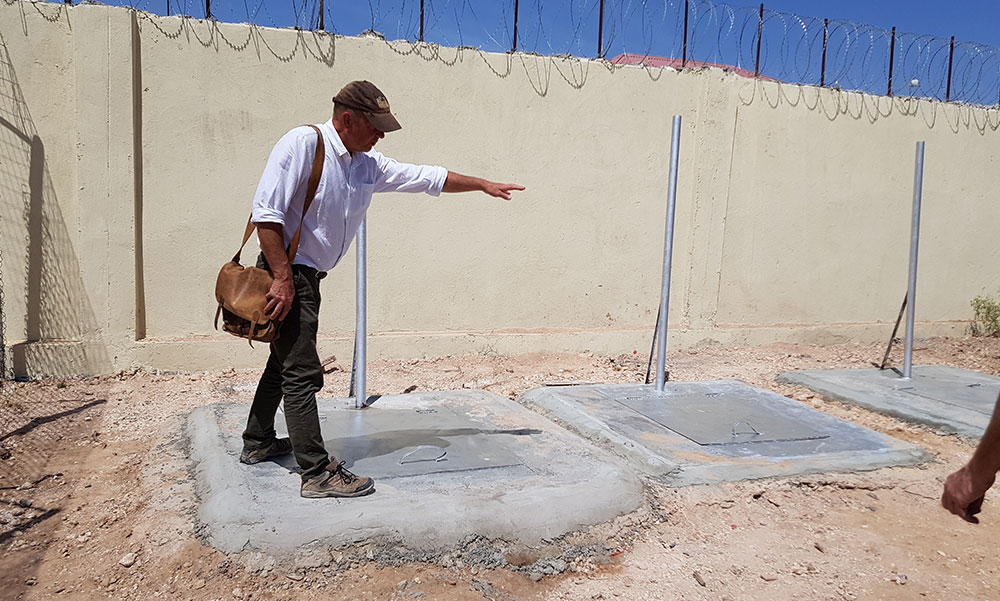 James supervises construction of Safe House 2, making sure all goes according to our plans. 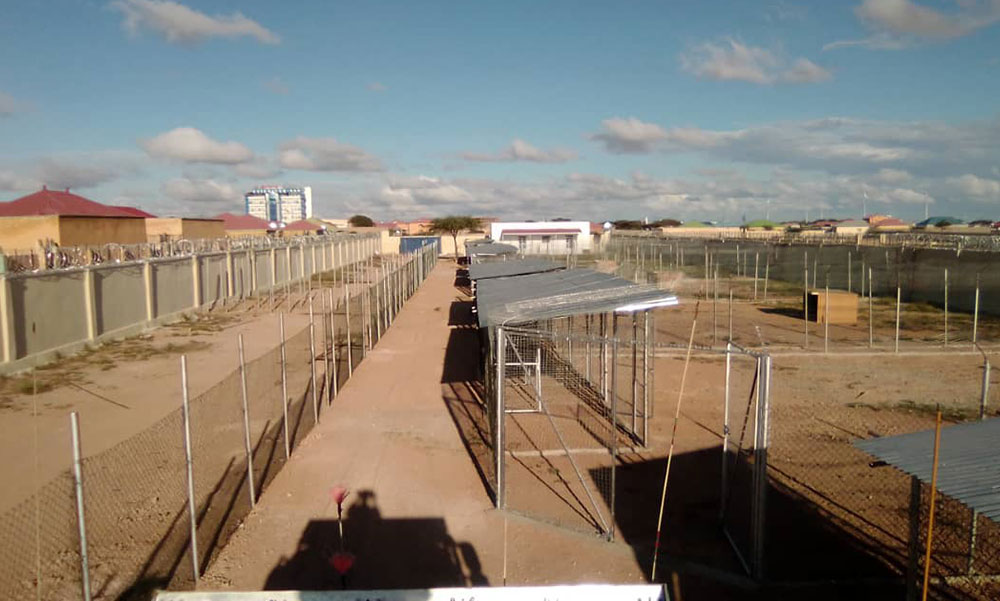 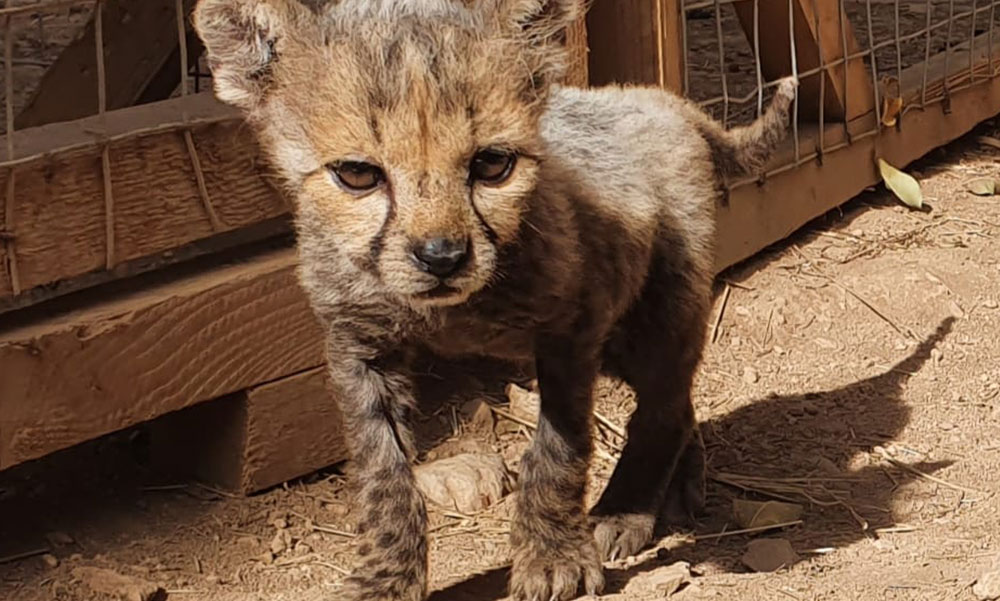 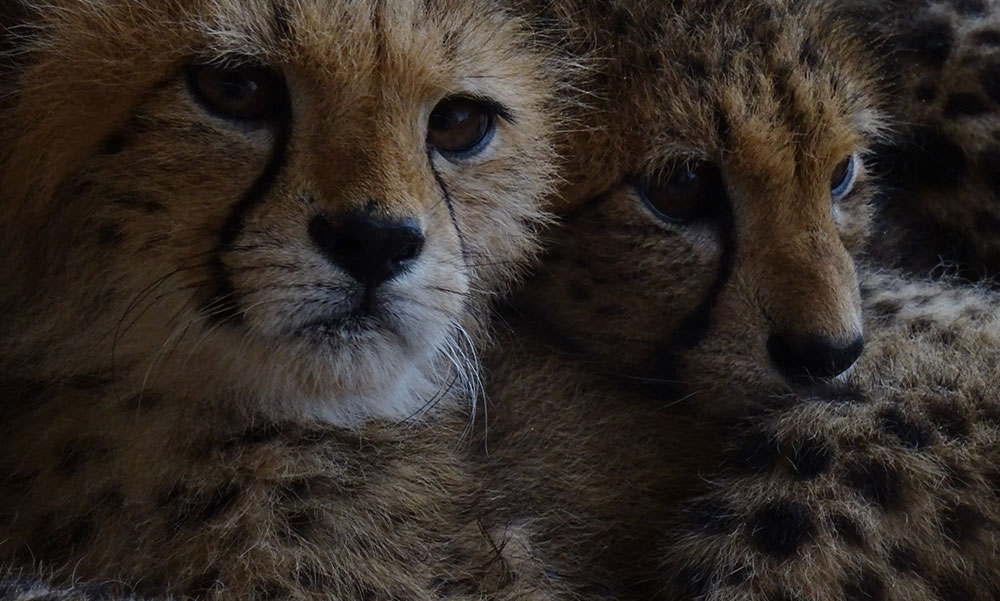 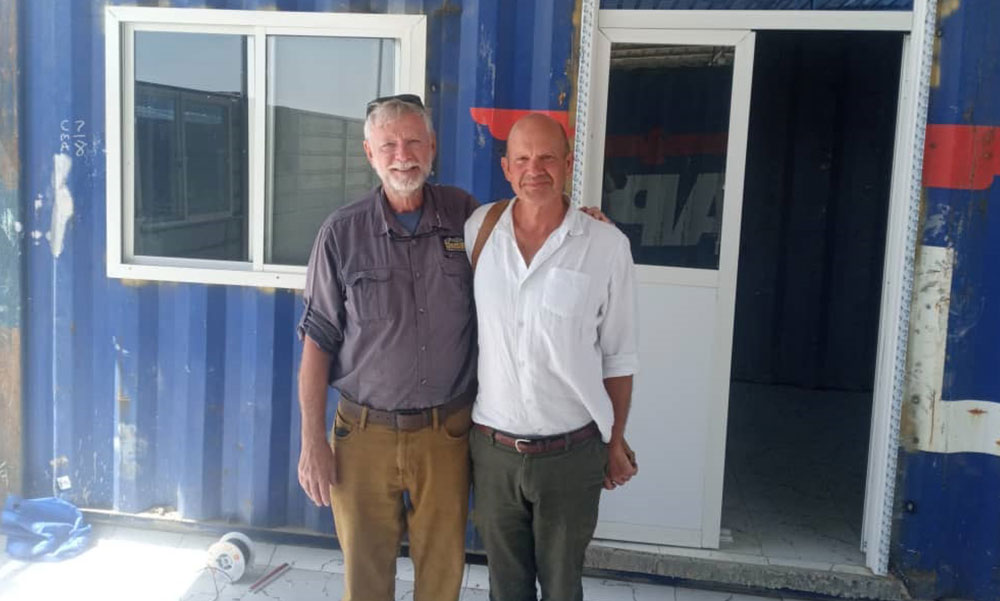 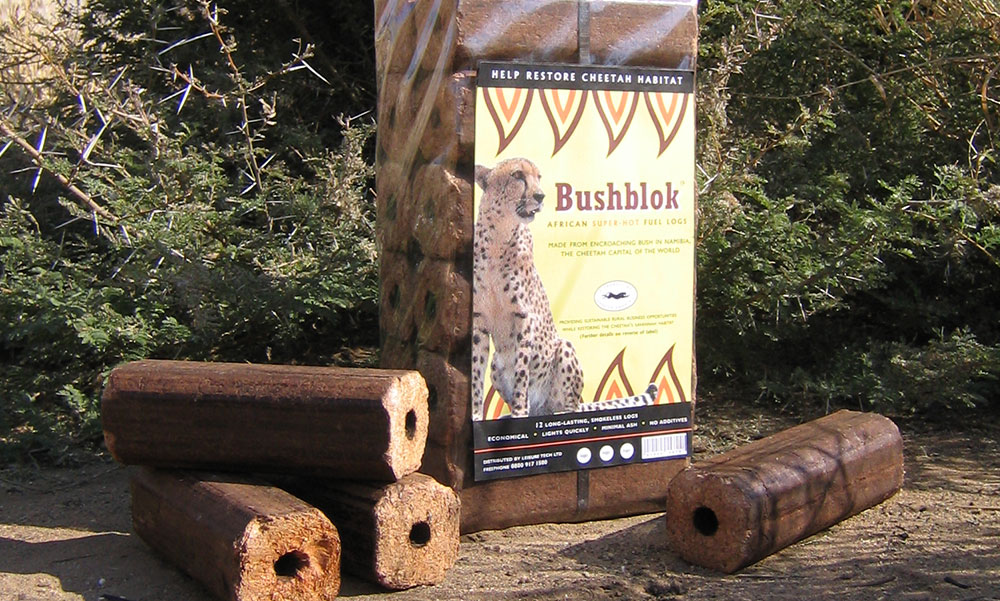 Donate to CCF in Honor of James Young

Help us continue our work in Somaliland, and the care of the cheetahs confiscated from the illegal pet trade, by making a contribution today.