Meet Petit – CCF’s Easter Goat. She was born via c-section on the 16th December 2019 and was hand raised by Dr. Laurie Marker at her house.

Petit is a Saanen dairy goat like the rest of our 188 strong dairy goat herd and now lives on our Model Farm at CCF’s Headquarters in Namibia.

Download a special sponsorship update and sponsorship certificate – located lower on this page.

Petit’s mom was Pinotage. CCF staff and Dr. Laurie Marker were on hand when Pinotage began experiencing some complications during birth. After trying to help facilitate the birth through natural means, it became clear that an intervention was necessary. A small hold pen was prepared for surgery at the clinic and Pinotage was given a c-section to help bring her baby goat into the world. CCF had a group of interns on hand to witness the surgery and learn first-hand how the procedure was done. 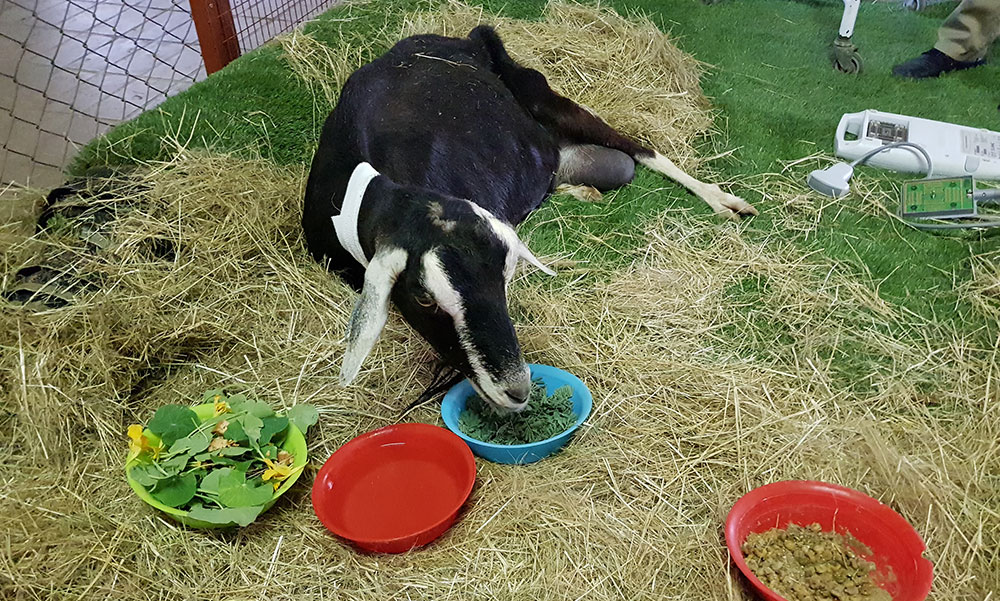 Pinotage in preparation for a c-section 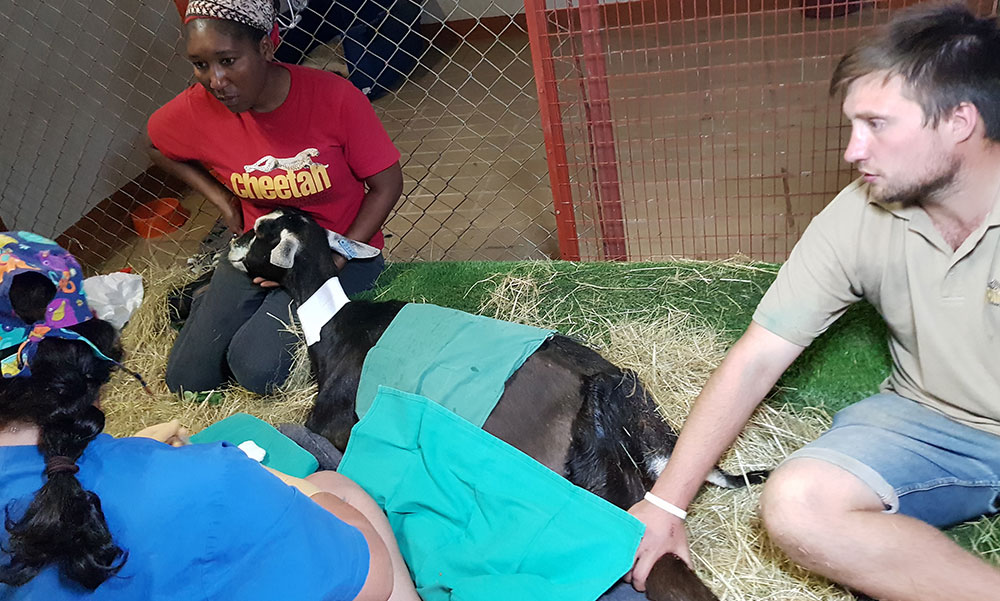 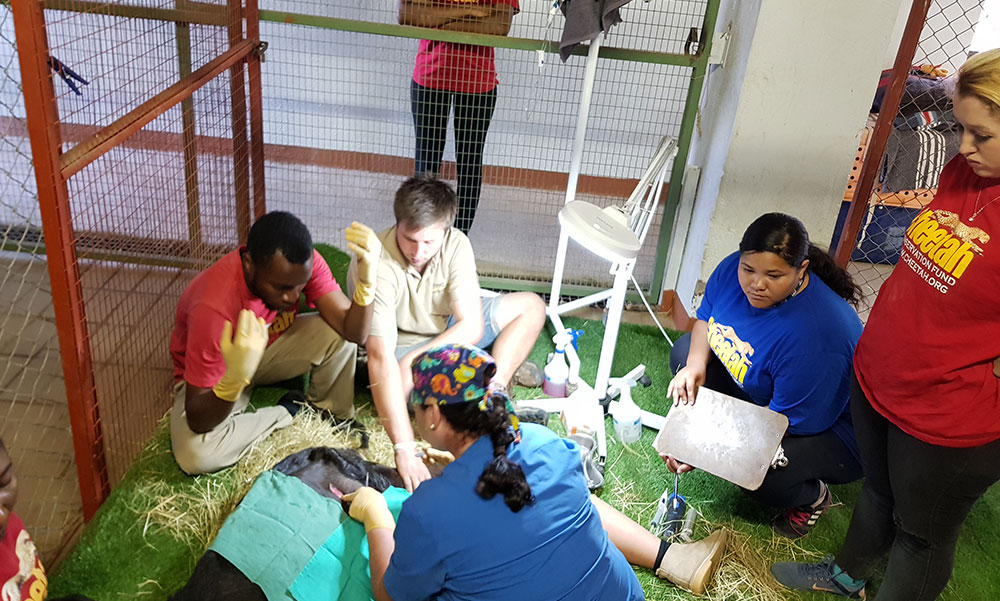 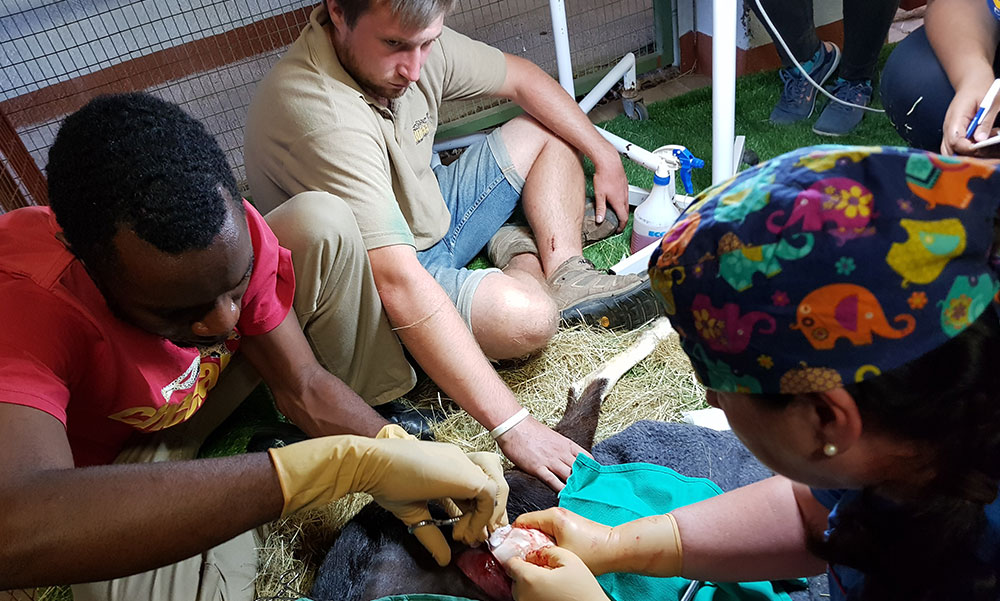 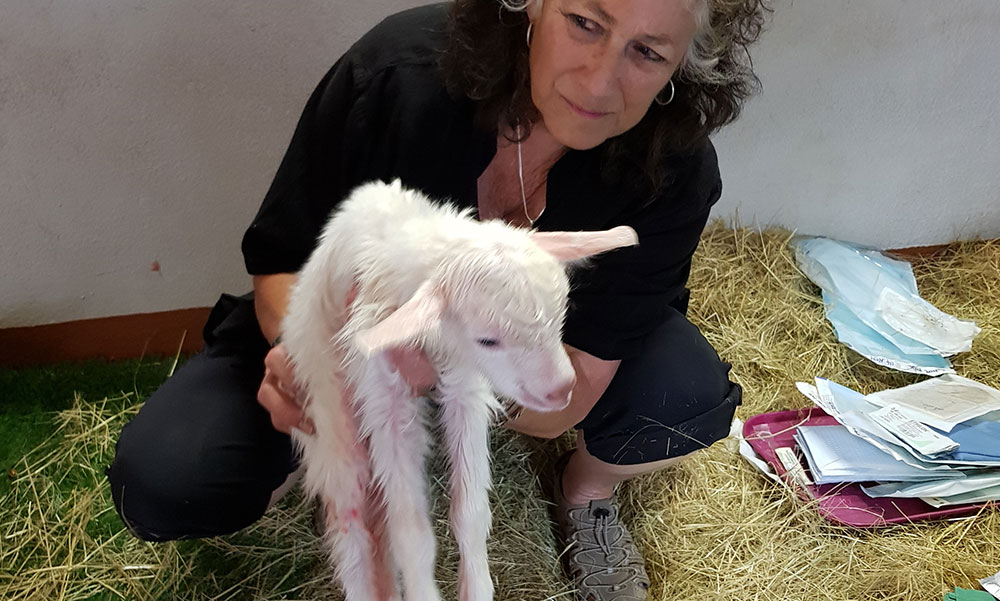 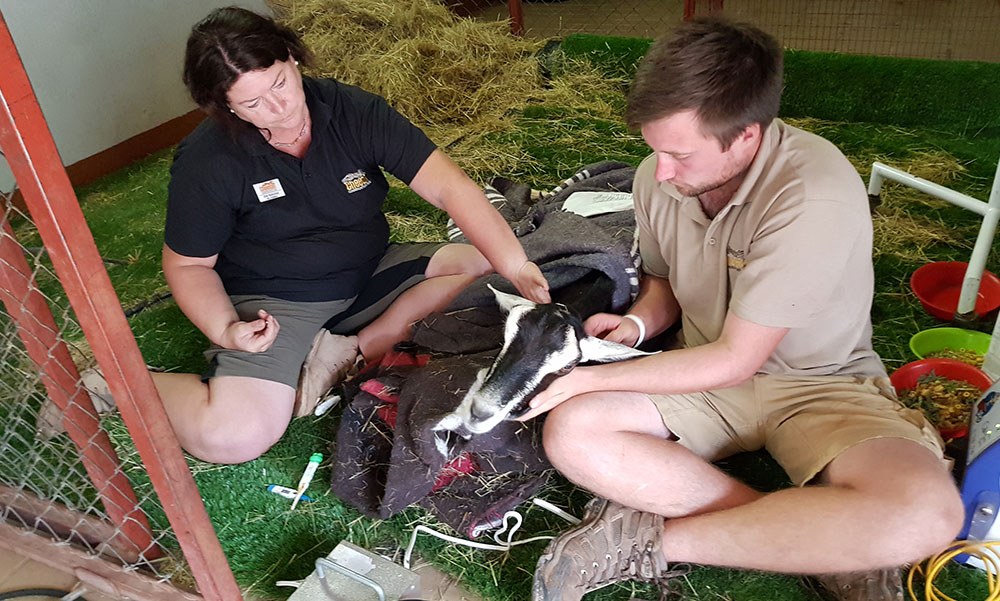 Both mom and baby were fine! 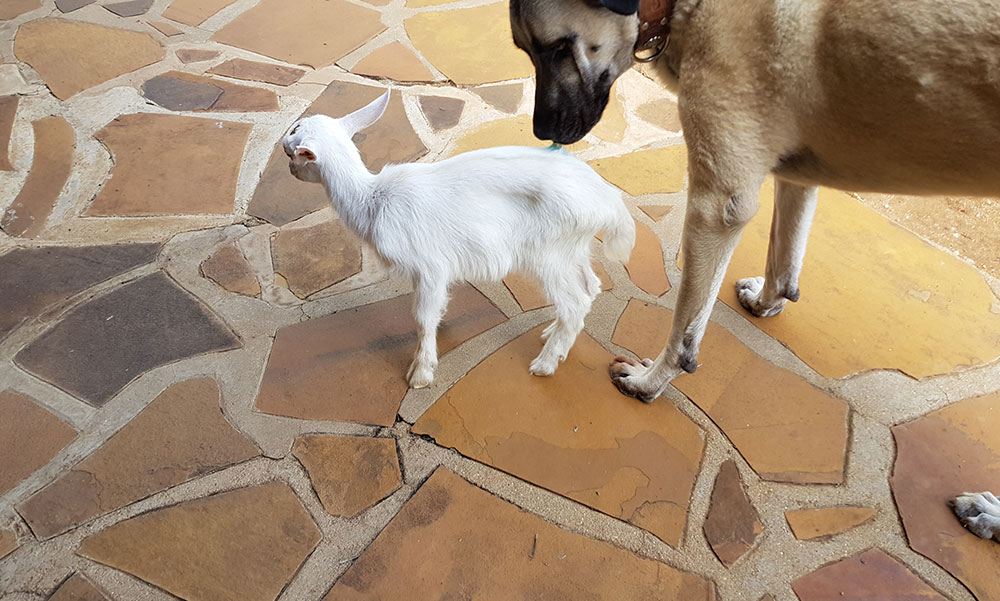 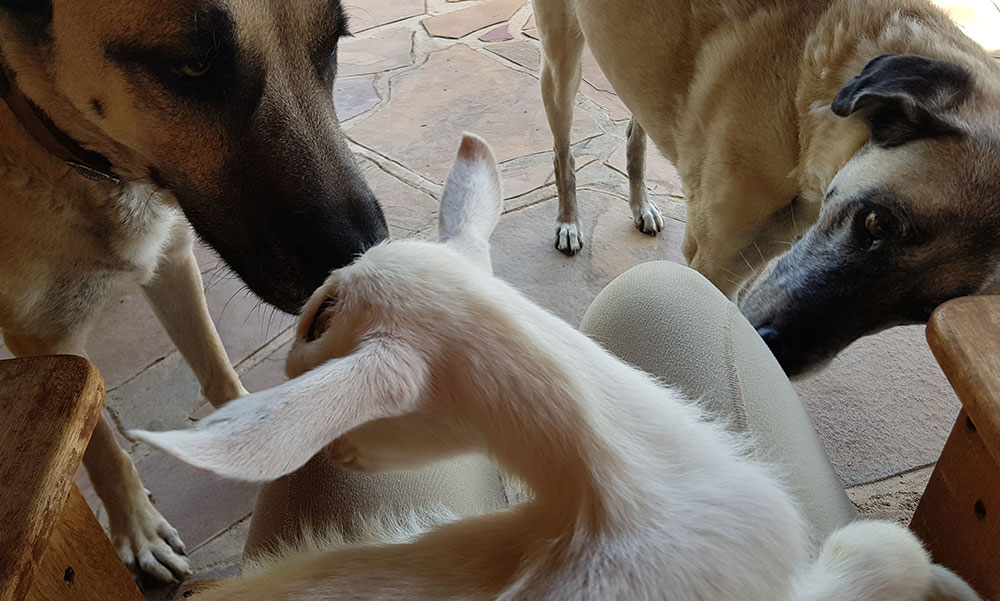 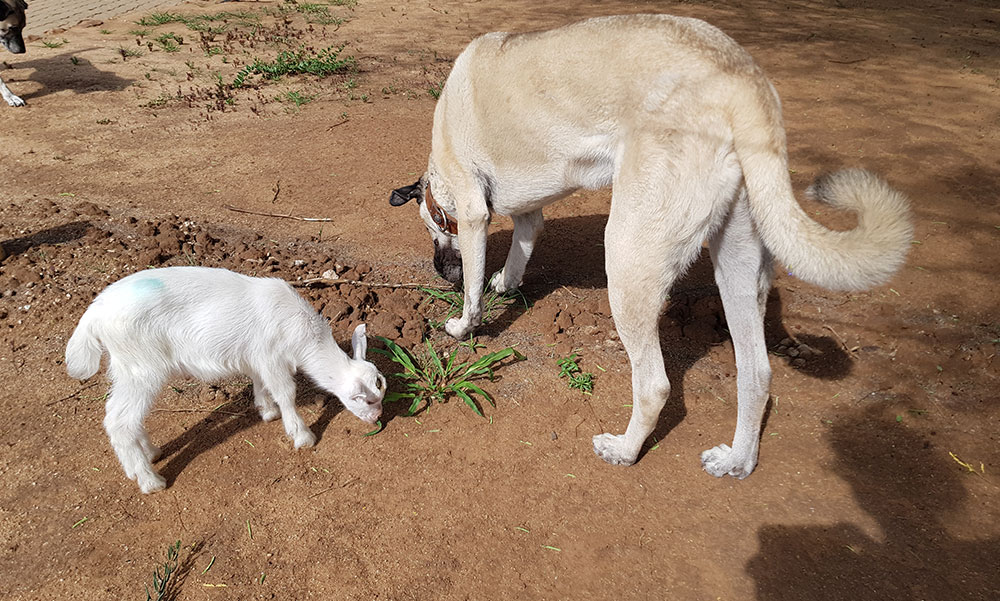 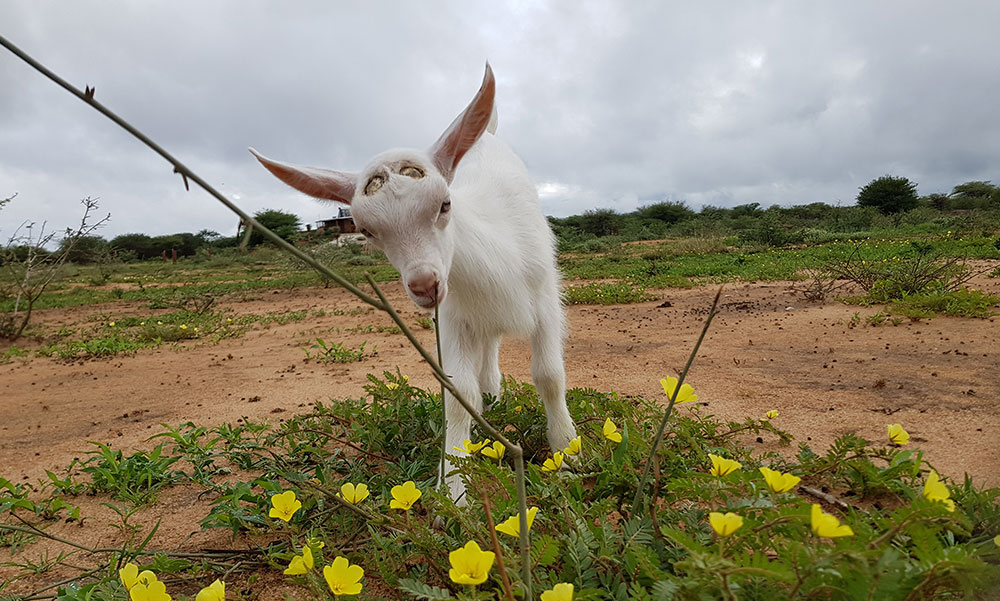 Grazing while on a walk with Dr. Marker. 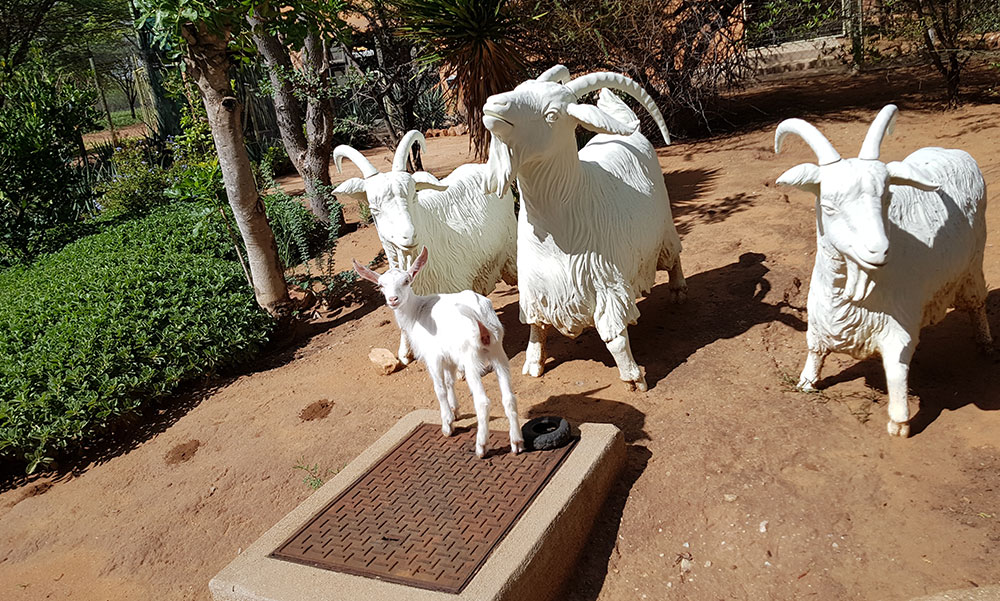 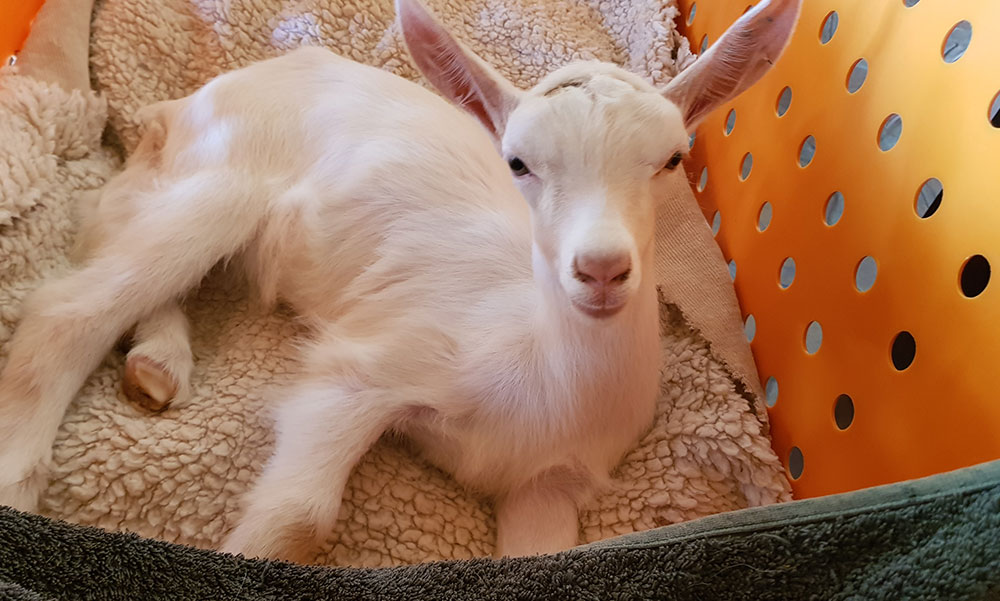 Thanks for sponsoring and for reading Petit's story!

Petit had a slight limp for a while after she was born but has since fully recovered – she can hippity hop with the best of them. She made friends with Dr. Laurie Marker’s dogs at CCF while being hand raised, hanging around with Isha, Hercules, and even Finn – CCF’s semi retired scat-sniffing dog. She spends most of her time now with all her goat friends at the Model Farm now but whenever Dr. Laurie Marker calls, she will come running and likes to play and hop in the sun, grazing on grasses and thorny plants.