Summer is hurricane season in many parts of the world. At CCF, we have had a hurricane of a month. It started when on August 5th we receive a request from the Ministry of Environment and Rural Development of Somaliland to assist with a confiscation of six cheetah cubs. Immediately a team was organized to accompany the wildlife officers to a town near the port city of Berbera, facing the Gulf of Aden. On the other side of the Gulf is Yemen, the main entry point for cheetahs smuggled out of the Horn of Africa.

The place was familiar to us. Last year in April, we were also asked to assist with the confiscation of nine very young cheetah cubs. We will never forget that because all of them died, presumably from a viral infection that affects cheetahs and is deadly: Feline Panleukopenia or FPL. Within two months, we watched the little cubs perish, while hopelessly trying to find anything we could do to save them. The lack of veterinarians, laboratories and some needed medications got the best of the cubs.

The smugglers, turns out, were the same from last year. Except this time, they did get arrested. The Somaliland Coastguard intercepted them in their vehicle, possibly heading for the coast. We considered the arrest a small success, even though the six cubs were extremely unhealthy. They varied in ages between 3 and 7 months, and we estimate that they were from at least four litters. We wondered how many more had already died or been sold.

The older cubs were in much worse shape than the young ones; probably because they had spent more time in the hands of their captors. They had difficulty standing up, probably due to calcium deficiency; some are still having issues. However, from the moment they were picked up, they began receiving hydration and put on a real cheetah diet. Slowly, and against all odds, they improve a little every day.

Our caretakers are incredibly dedicated, notwithstanding the new addition of six cubs to the four already under their care, plus other species of confiscated animals the government has placed with us, including caracals, vultures, gazelles and an owl.

Over the next few weeks we kept our eyes on the outcome of the arrest, and on August 26 we learned that the case was going to trial the next day; we were asked to take the cubs to the courthouse. Against our attempts to submit any evidence but the cubs, to avoid exposing them to the stress of being transported again, we had to comply. We only moved the healthier five, and they did quite well. It was brief, and the two smugglers were given 3 years in jail, and a fine of US$300 each. This would not have had the same outcome, had the Somaliland Cabinet not ratified, only a few days earlier, their new Forestry and Wildlife Conservation Law. This was the first conviction for illegal cheetah trade in Somaliland. 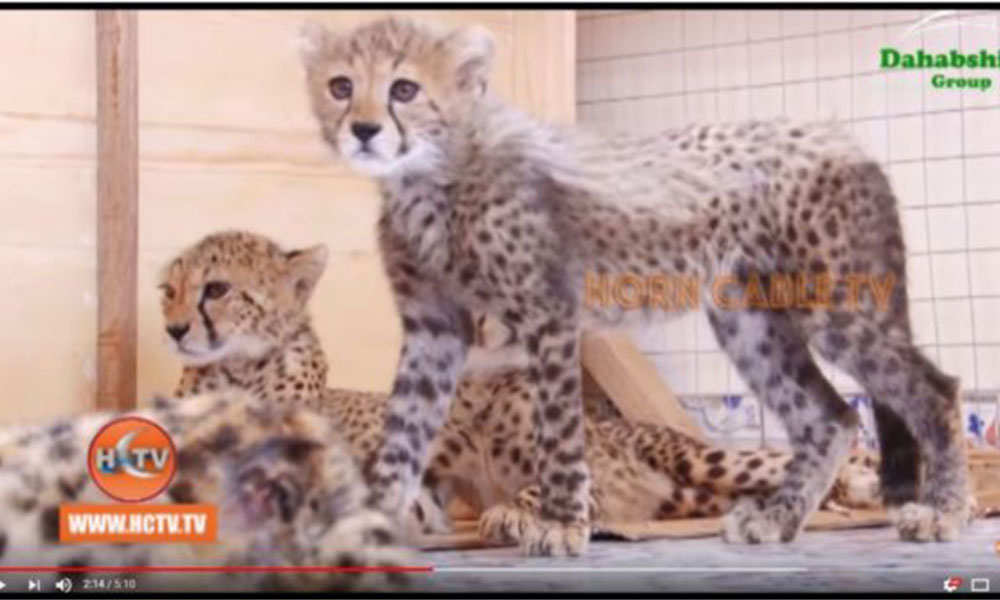 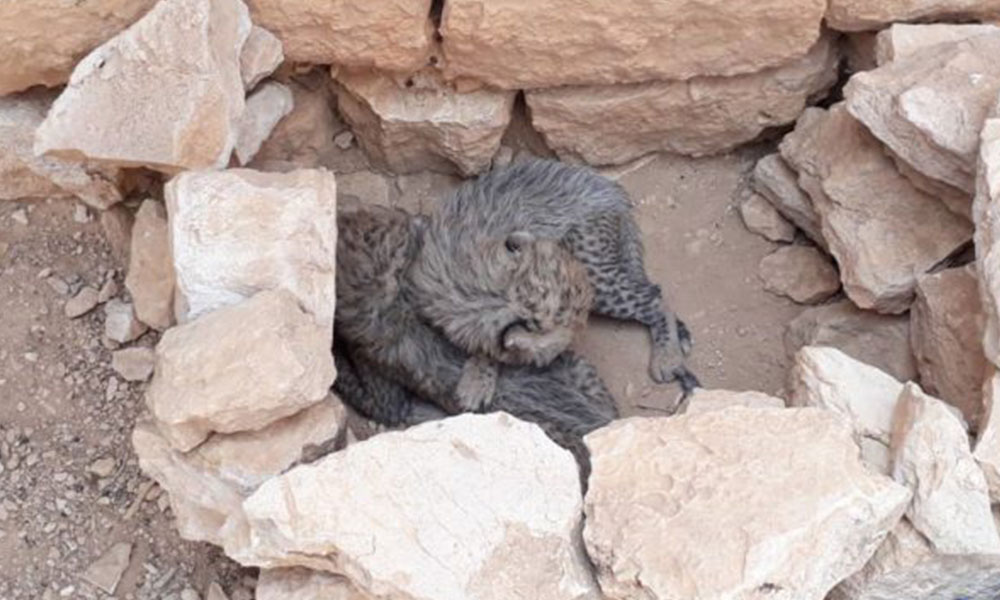 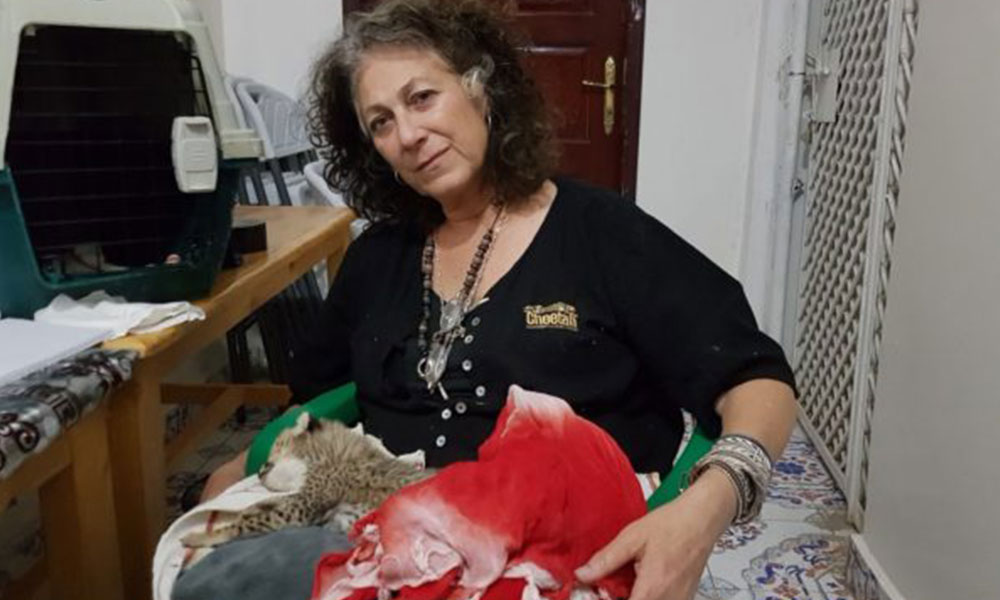 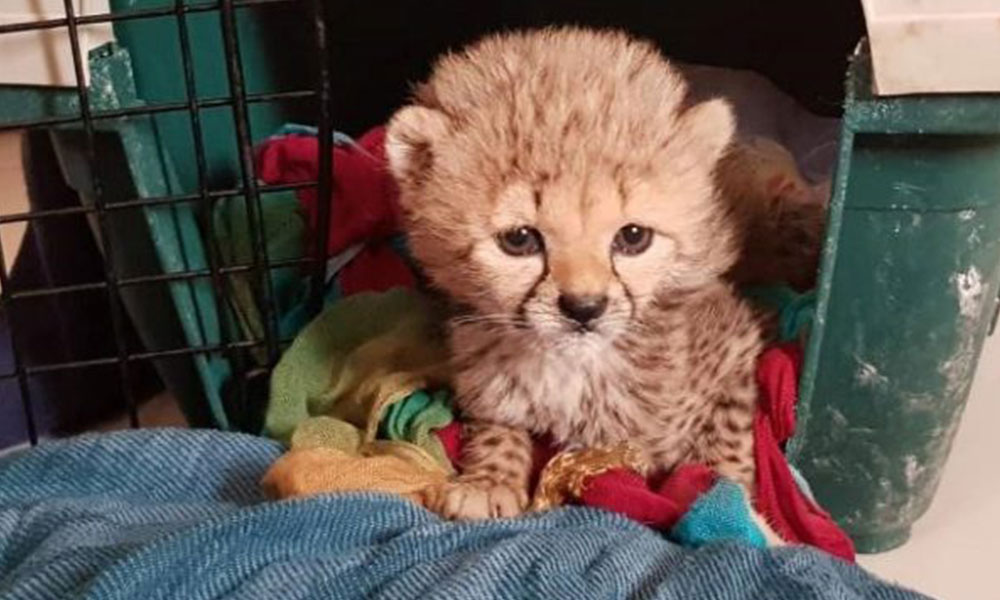 We were happy, but still could not celebrate. As this was happening, another confiscation was taking place in a very remote area of Somaliland. The report we received was that two little cubs were stolen from their mother in retaliation for livestock predation. They had been held by the villagers maybe 3-4 days but were so young and so delicate. They also had a very rare Beira antelope calf. It took two full days’ travel, and sometimes even a few hours can be critical. The antelope died on the way back. It was about 3 am when they arrived at the safe house. The two cubs seemed so little and delicate; maybe 4-6 weeks’ old. Surely, they had not been fed properly. At this age, care is required around the clock, please consider sponsoring to support our efforts to end the illegal pet trade in cheetahs.

It became evident that help was needed. As soon as a visa was obtained, Dr Laurie Marker, our CEO and Founder, traveled to Somaliland to help and train in the care of infant cheetahs. She estimated them to be less 2.5 to 3 weeks’ old, and with Neju, our caretaker, have spent endless hours feeding, hydrating and observing them.

One didn’t make it. Laurie tried resuscitation for two long hours. A human doctor was brought in with oxygen. Everything was in vain. Cubs this young are extremely delicate. Even under optimal circumstances, the mortality rate among captive-bred cheetahs is about 30%. These cubs already had bad start in life. However, the fight for the second cub continues.

One more thing became clear. We need proper space for all these cheetahs that we simply don’t have right now. So far, we were able to support all the cheetahs’ needs first, with a grant from the International Fund for Animal Welfare, followed by a donation by our chapter in the UK. But all those funds had run out. Fortunately, our German partner, Aktionsgemeinschaft Artenschutz (AGA) has just provided enough funds to support the rental of a new location, plus all expenses in connection with cheetah care for the rest of the year. However, we are painfully aware of the many other things we must do. Confiscations and convictions are great achievements, but will not stop the trafficking. We must work with the communities, both concerning environmental awareness and human-wildlife conflict resolution. We also need to build capacity among enforcers and train veterinarians in wildlife care. And while we have the support of the authorities, we must find the funding we need.

Sadly, Somaliland is a self-declared autonomous region, previously part of Somalia. Its status as a non-recognized independent nation makes it difficult to get support, and even more worrisome, to get the issue of wildlife trafficking acknowledged by international organizations. In addition to trying to have local programs to work with communities, enforcement and the judicial system, we are working at the international level to bring attention to the cheetahs of Somaliland and the challenges they are facing in this new-born country that is so willing to work with us.