Cheetah Conservation Fund conducts conservation research with many partners on diverse topics important to our mission. Results from our research guide our conservation activities, give rise to innovative solutions and best practices to achieve the greatest impact with our work to save the cheetah, as well as support the people that live alongside them.

Indianapolis Zoo Awards Global Conservation Grants, one of our long-term Conservation Circle partners, is supporting a new research project that will assess the distribution of cheetahs, leopards, and African wild dogs on eastern Namibian commercial farmland. While protected areas are critical for animal conservation, many of these carnivores live outside parks and reserves, therefore they can be subject to high probability of conflict with humans. Understanding carnivore distribution and conflict with farming operations in remote and understudied areas of eastern Namibia can provide opportunities for devising a robust conservation plan based on scientific evidence. Such a plan can assist farmer communities with minimizing human-wildlife conflict.

In Namibia, the largest agricultural sector is represented by livestock raising, with commercial livestock farming occupying a substantial land base. Cheetahs and other large carnivores have, and need, large home ranges. This places them at high risk of human-wildlife conflict. By assessing the distribution of carnivores and the perceived human-wildlife conflict potential by farmers in eastern Namibia, the project research team will generate predictive maps of attractive sinks (areas that carnivores may prefer, but where they are at risk) and safe harbours (safe places for predators).

Data collection is well underway. Our CCF field team that included Tim, Stijn, Petoorua and Enya, the specially trained scat detection dog, go out for days at a time collecting samples in a systematic approach defined by the grid. They will be shortly joined by Mike, an additional crew member who will help Stijn with camera trap deployment. As the crew work to gather data, even some freezing temperatures during their time in the field have not deterred them in their efforts to collect great samples, map the findings and move at an efficient pace.

So far approximately half of the area has been surveyed, with the team having collected 68 cheetah scats and 105 other carnivore scats that include bat-eared fox, black-backed jackal, brown hyaena, caracal, genet, and leopard. 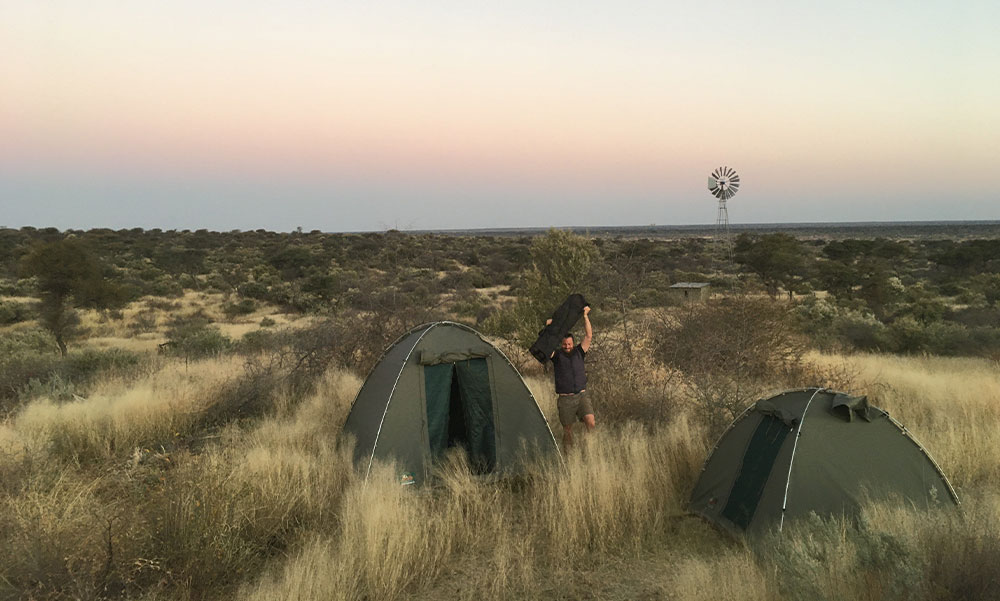 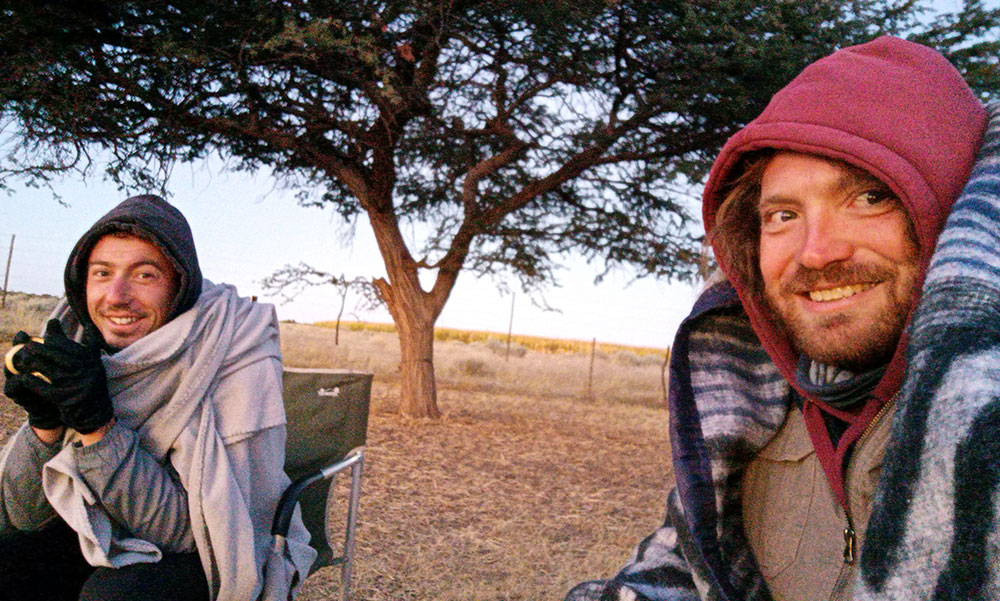 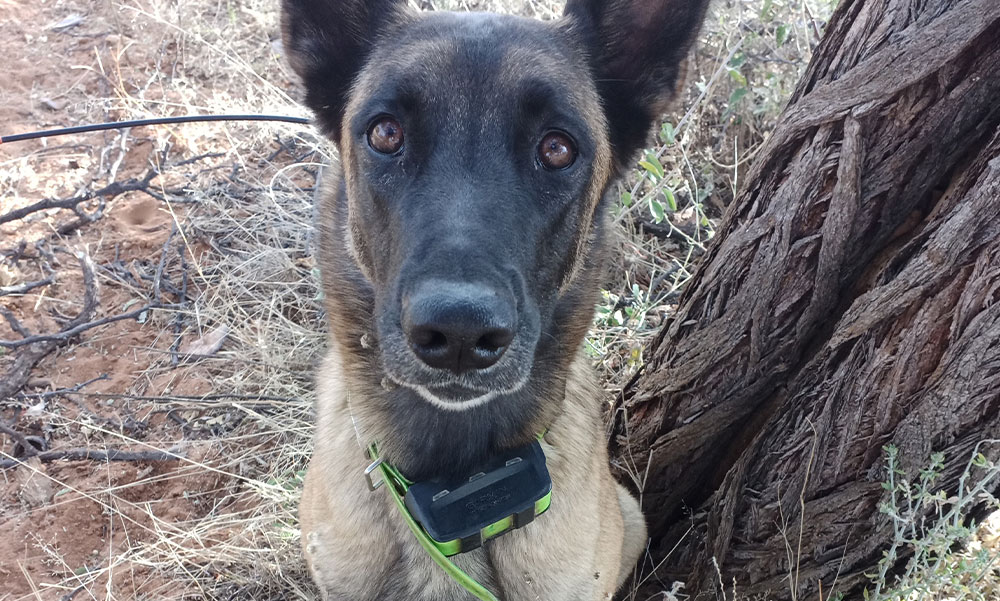 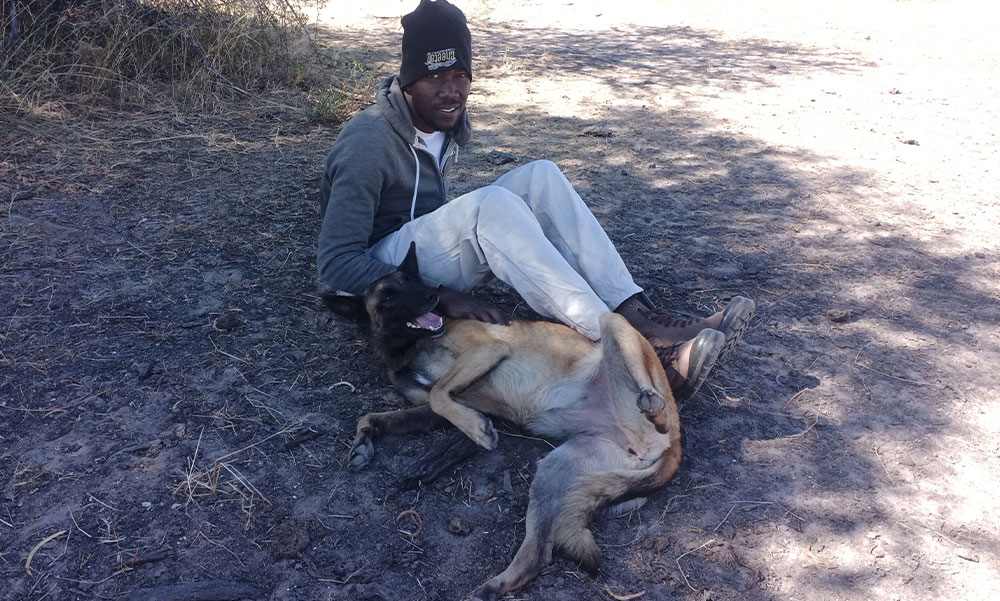 In addition to using scat dogs to gather samples, other tools for the study will include placing camera traps to collect images along expected movement paths of the animals, adding more information to estimate the density of animals, not just if the area is occupied by predators. The last tool will be commercial farmer questionnaires to understand attitudes, species-specific perception of predators, and human-wildlife conflict potential.

Once all the data have been collected, it will be analyzed on an integrated basis. Data reflecting the distribution and habitat use of carnivores will be related to the questionnaire data to rank areas for carnivore conservation based on habitat value and safety from humans. The project will enable CCF to derive community-linked incentives and programs and use the maps generated in this research to support stakeholder discussions, as well as to enable effective interventions and initiatives such as:

Partnerships with organizations such as the Indianapolis Zoo make it possible for CCF to find solutions to decrease human-wildlife conflict, build tolerance towards wildlife, facilitate coexistence, and improve livelihoods of local communities.