Following an environmental assessment and economic assessment, encroaching bush is harvested either by hand or mechanically. The harvested bush is dried in the sun and then fed into a mechanical chipper before being transported to the processing plant where the chips are milled to size. These smaller chips are dried and then passed through an extrusion press. Under heat and pressure the chips bond and are extruded as a compacted BUSHBLOK®, cut to size, bundled, wrapped and labeled, ready for distribution.

CCF BUSH produces wood chips for direct sale as a raw material and as raw material for our own extrusion plant. CCF BUSH produces wood fuel briquettes (BUSHBLOK® fuel logs ) by an extrusion process. Wood extrusion is the process of joining biomass together by the use of pressure and heat which causes the natural lignin, cellulose and hemicelluloses in the product to form a natural binder; there is no additive involved.

Our briquette product is trademarked as BUSHBLOK®. It is useful for cooking fires, braii, home heating, and industrial heat applications. As a result of the extrusion process, it has a caloric value approaching coal, some 4870 Kcal. It has an after burn ash content of 3.5-5.0% and is classified as a Smokeless Fuel. 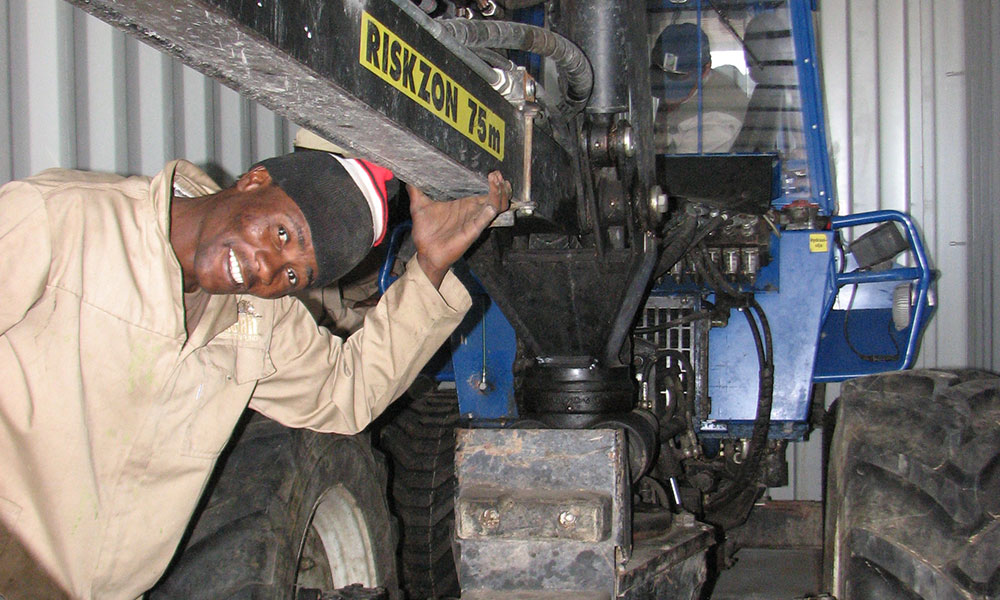 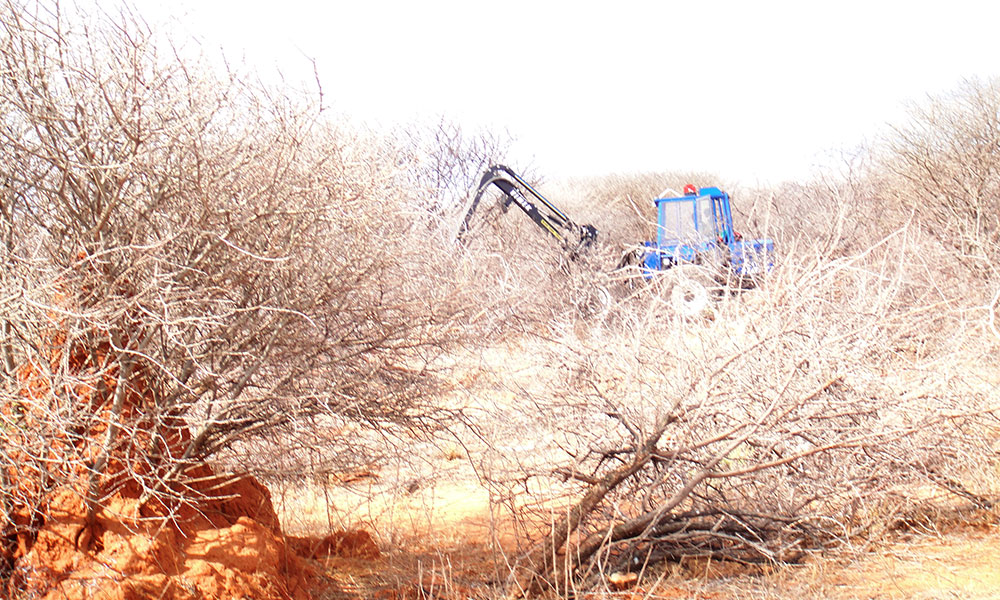 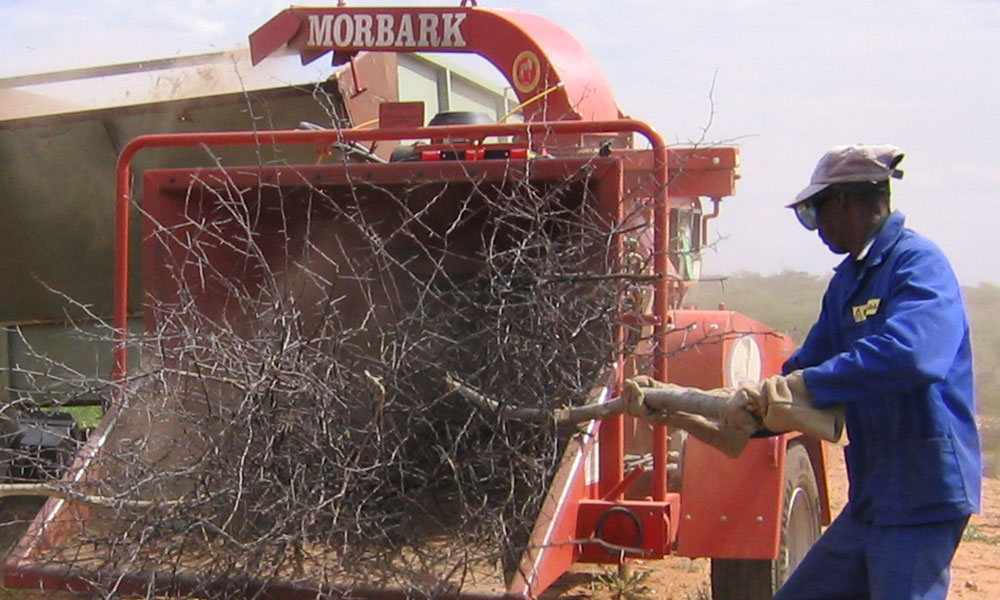 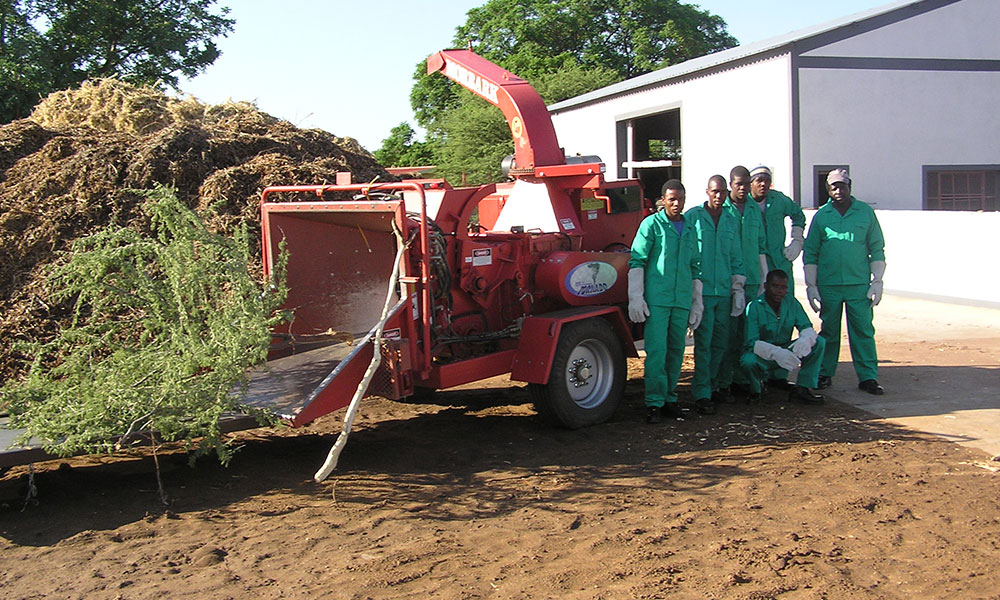 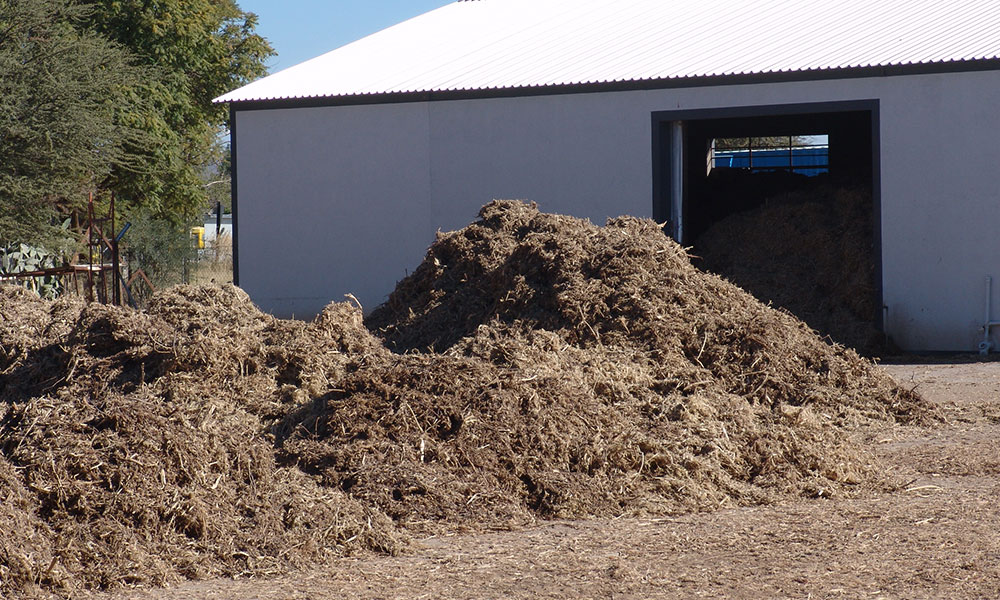 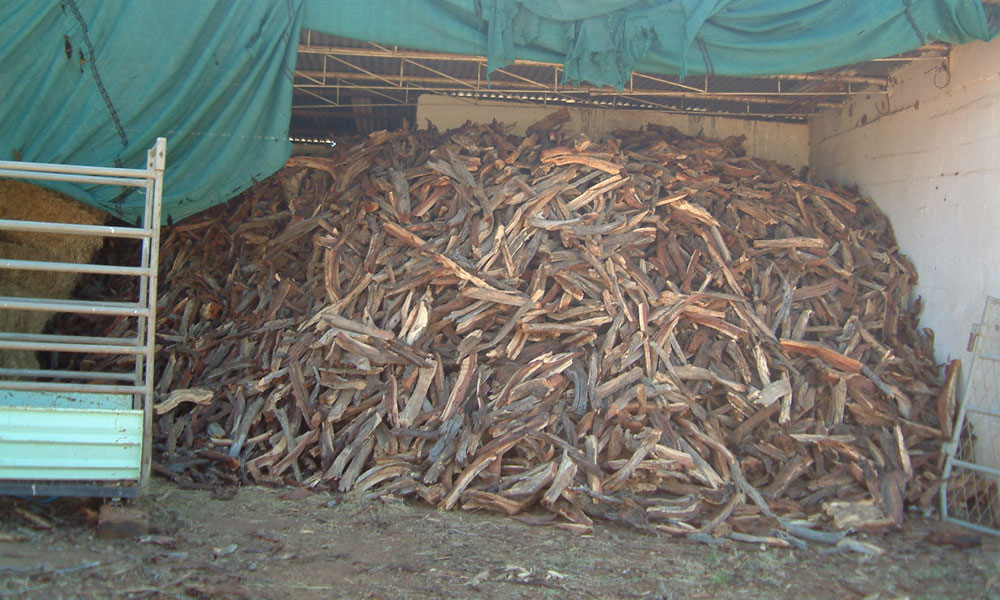 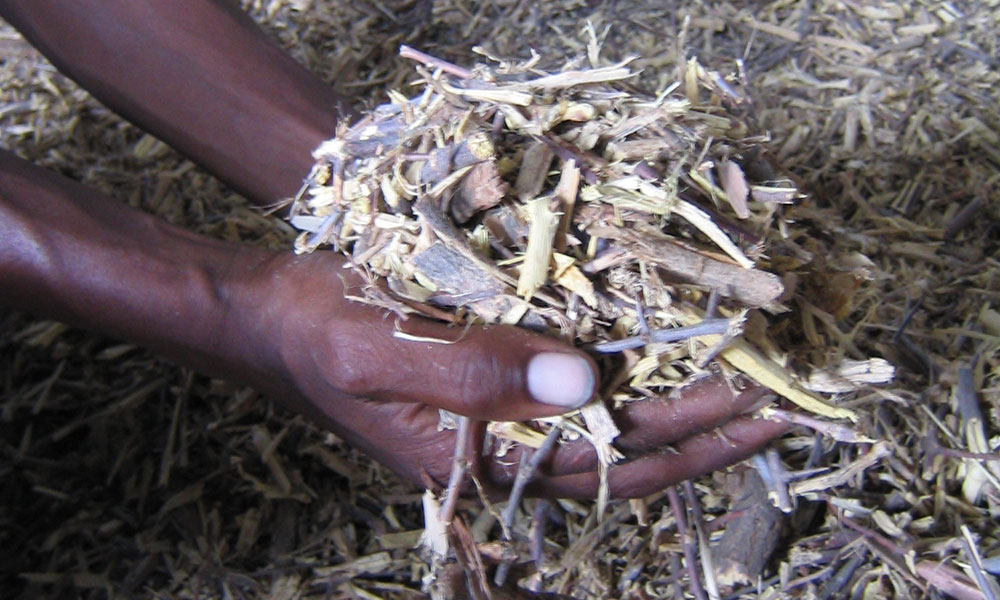 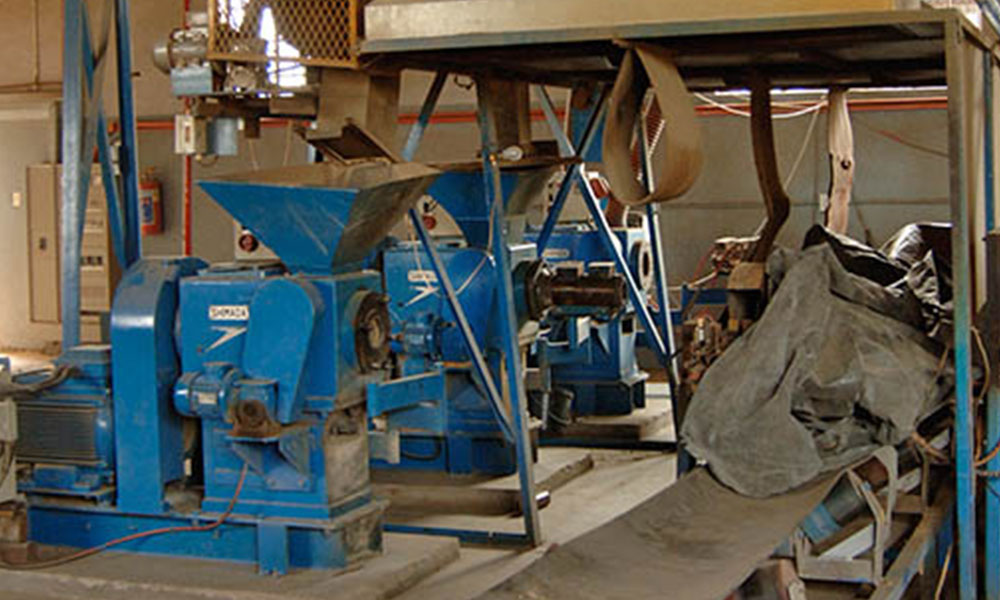 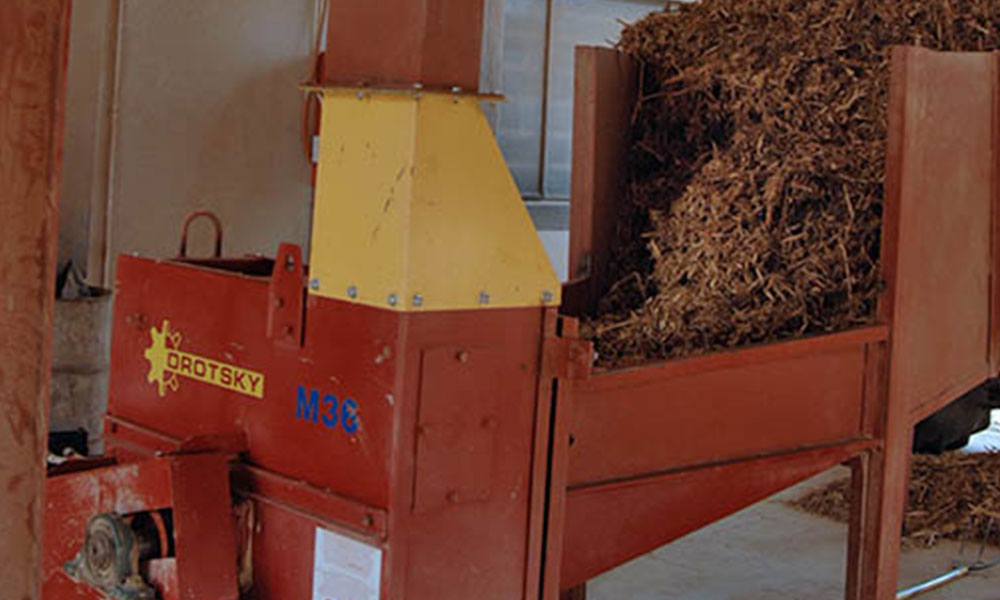 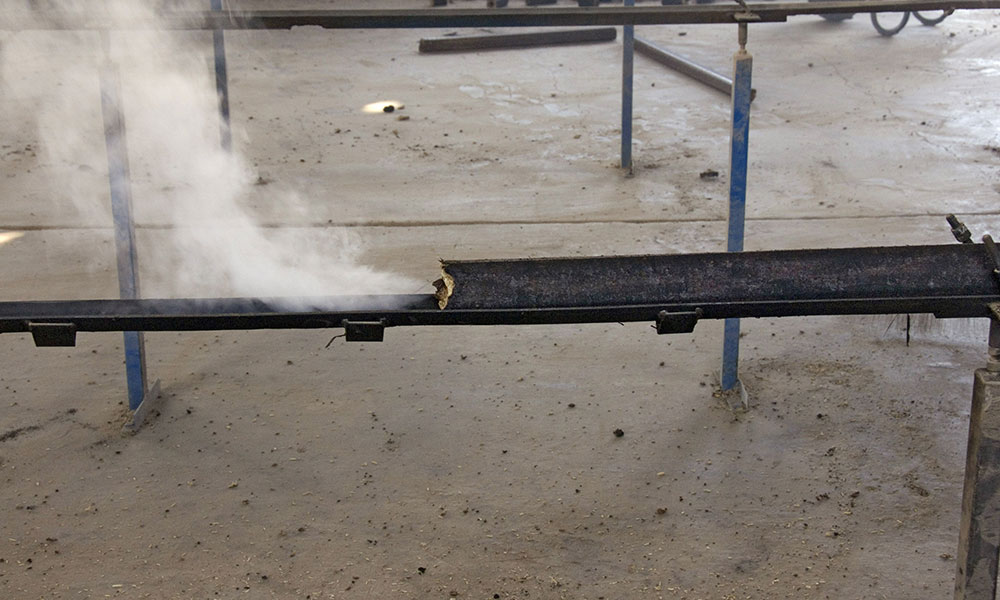 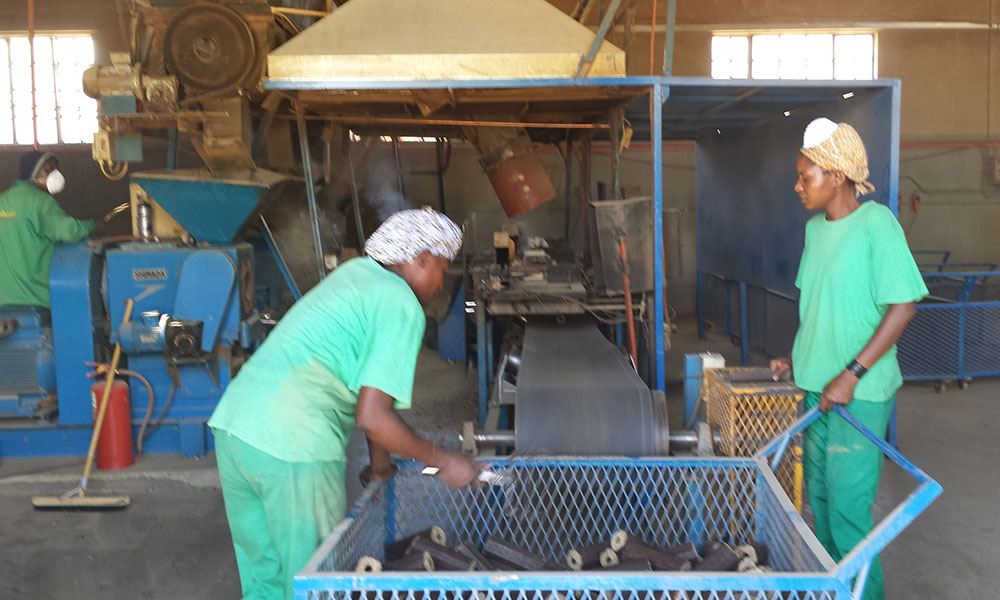 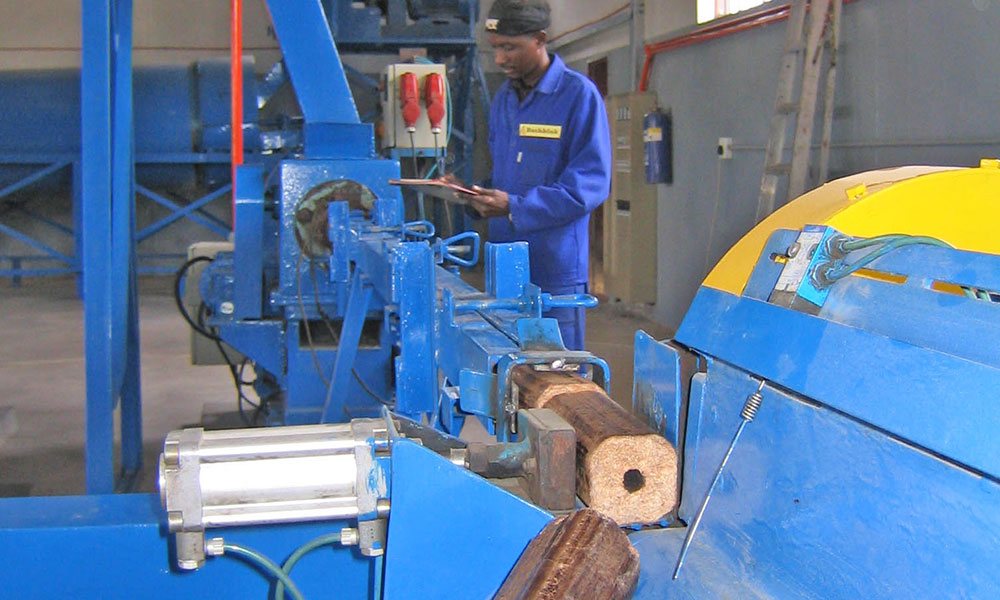 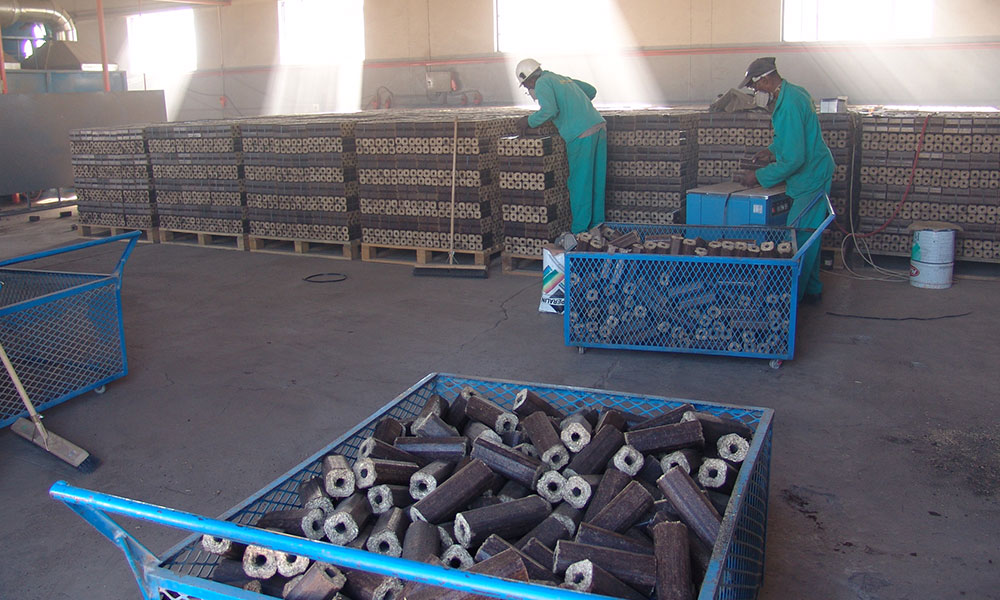 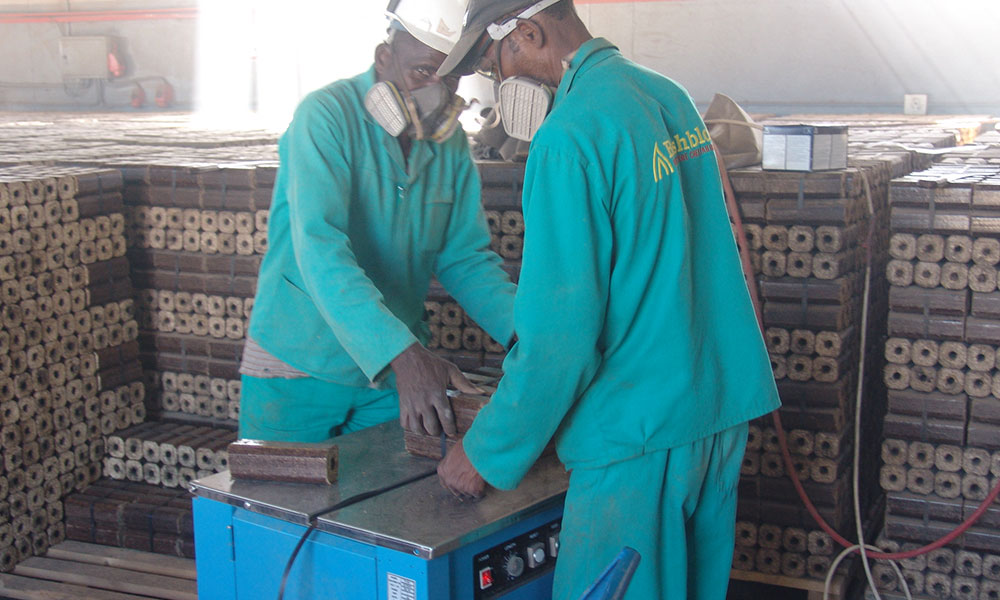 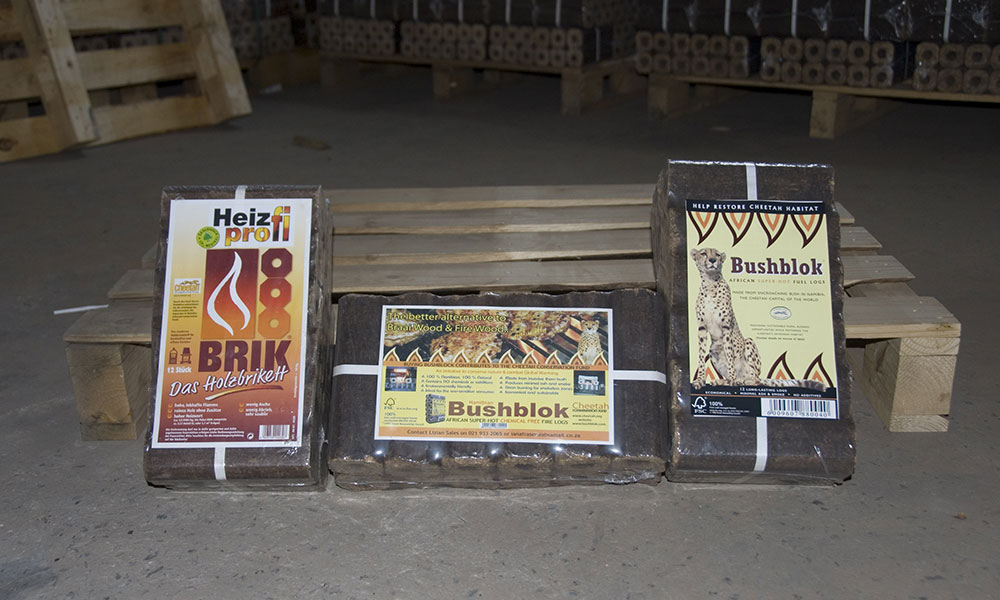 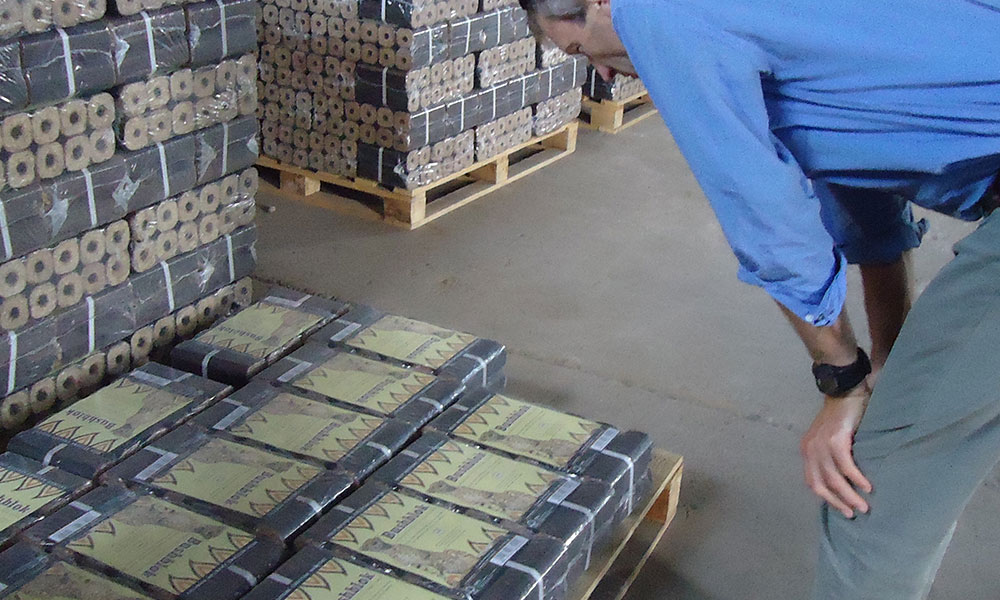 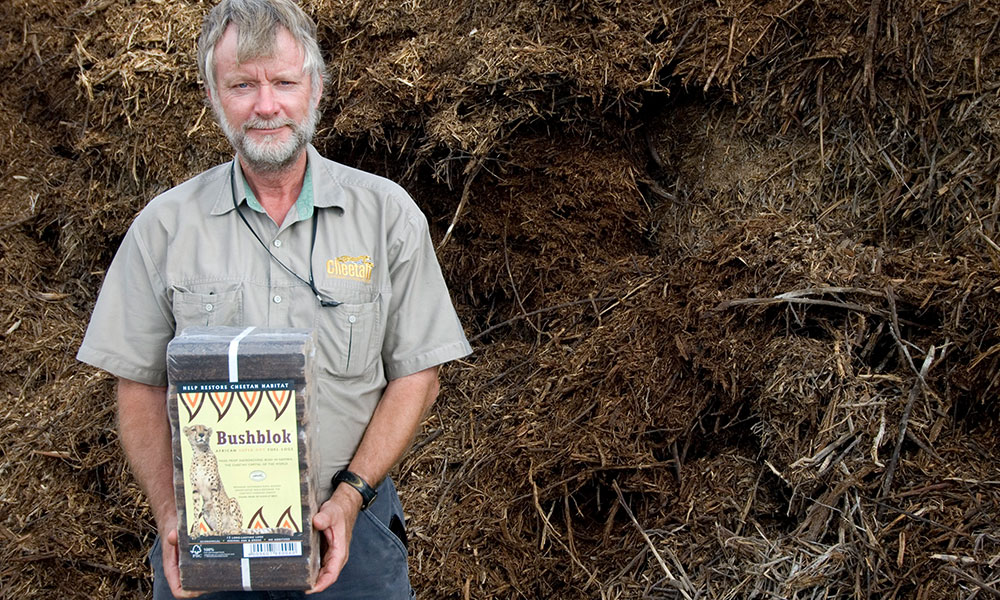 CCF has earned praise throughout the world for the CCF Bush Project. Dr. Laurie Marker received the:

Bushblok was also named a finalist for the:

In 2012, as part of the Clinton Global Initiative, CCF committed to expand its Biomass program and support the emerging biomass clean energy industry in Namibia. The use of nuisance thorn bush as biomass has interested many energy companies and CCF has provided bush samples to several potential ventures.