Being a long-time proud supporter of the work done by Dr. Laurie Marker and Cheetah Conservation Fund (CCF), I still remember the first cheetah my two children “adopted” at the CCF center in Namibia nearly 10 years ago. Her name was Polly, and for the longest time we had her picture displayed prominently on our bookshelf! Years have passed, and our support for CCF has only grown. My children actively participate in awareness and fund-raising activities for the CCF Texas volunteer chapter. And I regularly follow the activities of CCF and share them with friends. So, when a few months ago, the CCF Texas Chapter was looking to raise funds, it just seemed natural for me to donate the entirety of the royalties I would receive over a few months from the sales of my 3rd work of literary fiction, A Quiver in the Purlieu (Madville Publishing, Nov. 2021), and do my part in supporting the raising of much needed funds.

I care about leaving a legacy of giving back for my children. There is nothing more valuable that I can instill in them than a desire for a world with a pristine environment teeming with wildlife. Such a world is a world of abundance, of wealth, of richness. And a critical gauge of how close or how far are we from that worthy goal is how successful we are in helping wild cheetahs survive and thrive. As a trained scientist and engineer, I find the approach CCF is employing to save the cheetahs to be at the forefront of what I truly believe is saving humanity by saving the world. What drew me to CCF is not simply my admiration for cheetahs, a beautiful, graceful species, but scientific rigor throughout their conservation model. CCF focuses on not just cheetahs, but the entire ecosystem – the gamut of cheetah-human interactions. This includes working with the local populations because people can only focus on conservation when their very basic survival needs are secure. Therefore, exploring ways for the local population to raise their standard of living is critical to conservation efforts. I believe this creative, expansive, and holistic approach towards conservation, one that is sensitive and sympathetic to ground realities, is an important template for saving other species.

Over the years I have been particularly following the efforts of CCF to share its groundbreaking, effective programs to other cheetah range countries, maintaining and expanding wilderness, and supporting reintroduction of cheetahs where they are now extinct. The recent Somaliland Cheetah Rescue and Conservation Centre (CRCC) is a good example. I have also been following the efforts by CCF to reintroduce wild cheetahs in India, a country once teeming with wildlife, and which is making enormous efforts towards conservation. The cheetahs were declared extinct in India in 1952. Uganda recently invited Dr. Marker to be an advisor on reintroducing cheetahs. The work being done by CCF with others in attempting to reintroduce cheetahs gives me great hope that not only will the cheetahs survive and thrive globally, but the efforts will also support local communities and promote coexistence between people and wildlife for healthy ecosystems.

The world owes an enormous amount of gratitude to Dr. Marker and her CCF team, particularly to those working on the frontlines. Their work continues to give wild cheetahs the chance they need to survive. I will play my very small role in trying to raise awareness and the necessary funds to aid the important work of CCF with their proven interventions in aiding in the struggles of wild cheetahs. My family and I support CCF in many ways, and one is through the sale of A Quiver in the Purlieu. I ask you to join me through your own ways of support to play your part in helping CCF keep the wild, wild – save cheetahs and the people who live alongside them. 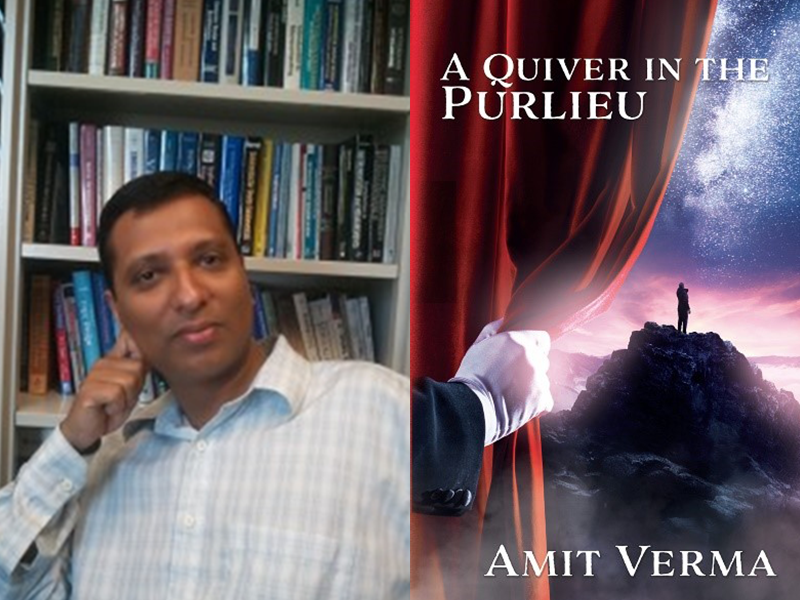 2022 International Book Awards New Age Finalist, divides his time among the many things he is passionate about including serving as a professor and researcher in Electrical Engineering.

Through fundraising, outreach, and education we work within the USA to support the Cheetah Conservation Fund.