Our work to combat habitat loss is critically important for the cheetah. We can do what we can to prevent human-wildlife conflict and shut down the illegal wildlife trade, but these animals need a healthy, thriving ecosystem to live in, with abundant prey. With the human population growing, and land usage for farming increasing, available land for cheetahs is in decline and habitat loss is one of the primary threats to wild cheetahs. To Keep the Wild, Wild, we need to restore degraded habitats and work with local landowners to help them to manage their land in a wildlife friendly way.

Roughly 12-14% of Namibia’s bush is seriously infested with undesirable bush species. Encroaching thorn bush reduces available farmland as well as habitat for both cheetahs and their prey species, causing humanitarian and ecological issues. With less usable land for humans and wildlife, human-wildlife conflict is exacerbated as cheetahs and people are pushed into  increasingly smaller areas. Additionally, these invasive plants cause even more issues for cheetahs due to the large, sharp spikes that protrude from its stems, which can cause injuries to cheetahs running at high speed to catch prey. When injured, a wild cheetah is prone to infection and may be unable to hunt, causing them to starve.

CCF discovered a way to remove the thorn bush and produce a marketable product that provides a livelihood for local people, and benefits wildlife, the ecosystem and humans – Bushblok. The biofuel logs that the team produce are high-heat, low-emission and can be used as an alternative source of fuel for cooking and heating, and are a much more environmentally friendly alternative to charcoal. By increasing the amount of available habitat for cheetahs, we increase the amount of cheetahs that can actually live in the wild. Improving existing habitat improves the health and lives of the cheetahs who live there, as well as the other wildlife who share the ecosystem. 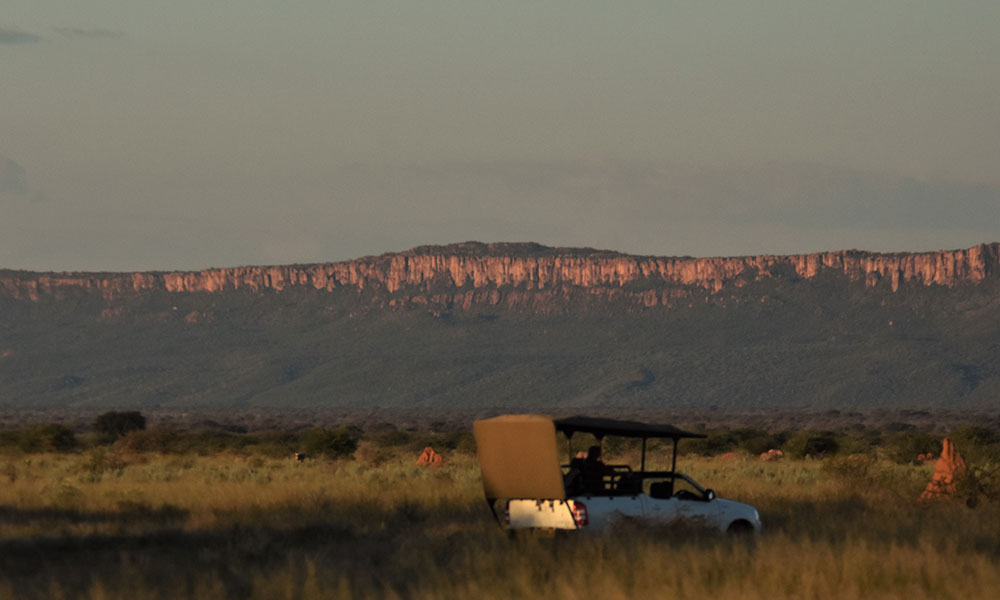 CCF has been a participant in Namibia’s innovative Conservancy movement since its inception. Conservancies are a wildlife management structure that allows the local populace within a land management area to manage and reap the economic benefit of the wildlife treasures located there. Because people in the conservancies “own” the wildlife, they are far more interested in protecting it, and areas governed by conservancies tend to be far more resistant to outside influence from poachers. CCF has been working with the local farmers and populations that surround the Waterberg Plateau, creating a conservancy and economic development area known as the Greater Waterberg Landscape. CCF manages a 142,483-acre which is part of The Greater Waterberg Landscape. As the Conservancy movement decreases poaching and encourages sustainable land use, it helps to reduce poaching of cubs for the illegal wildlife trade as well as creating healthy, thriving habitats for wild cheetahs to live in.

If you’d like to support our cheetah-saving work, please consider giving a one-off or regular gift here.