This time of year is one of the CCF UK team’s absolute favourites. Why? Because it’s kidding season at the CCF Namibia Model Farm, which means we start receiving the most adorable baby goat images into our inboxes. As our Model Farm is such an integral part of the work that CCF does, we thought we’d shine a light on this part of our work and take a deeper delve into why we have it, and how it helps shape a future for wild cheetahs.

Firstly though, here’s some of those super cute baby goats. 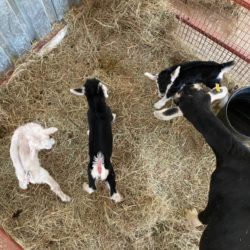 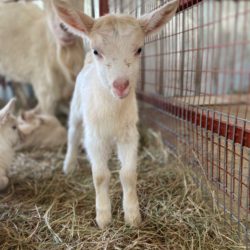 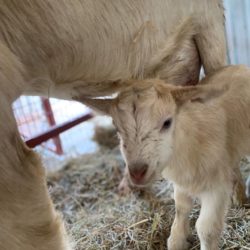 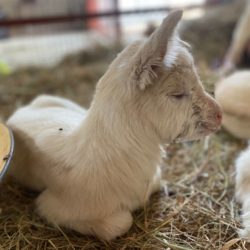 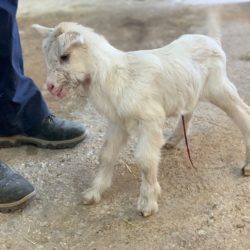 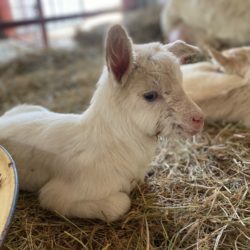 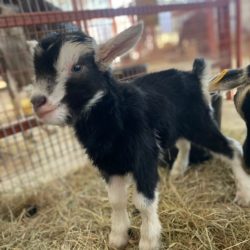 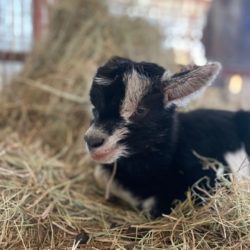 CCF is founded upon the precept that understanding the cheetah’s biology, ecology, and interactions with people is essential to conserve the cheetah in the wild. In Namibia, “people” most often means “livestock farmers.”

In Namibia, the country with the world’s largest remaining cheetah population (approximately 1,500 adults and adolescents out of a world population of less than 7,500 individuals), more than 90 percent of our cheetah live on open livestock farmlands alongside rural communities. Cheetahs hunt by day, which means they are often seen by farmers out grazing their herds. This puts a significant number of cheetah at great risk for conflict. At the same time, the farmlands they share are under siege from nature, suffering the scourge of bush encroachment, caused by overgrazing of the arid lands by livestock.

Despite immense challenges, CCF has been successful in developing strategies to reduce livestock farmer-carnivore conflict, enhance livelihoods for rural families and restore habitat for the benefit of all. CCF has helped Namibia’s cheetah population rebound from a decline that threatened this population and have helped stabilize it for the future. CCF has proven economic value in living with cheetah on the landscape, and as a national institution, generates an annual impact of £6 million on the Namibian economy, through job creation, eco-tourism and other economic stimulation.

So, about that Model Farm…

The CCF Model Farm plays key roles in CCF research, in our education initiatives and in each of our conservations programs, and it has become an integral component of our overall success. The CCF Model Farm is the place we develop and demonstrate the livestock and farmland management techniques we teach in our Future Farmers of Africa (FFA) training course. It is where we breed, train and house our CCF Livestock Guarding Dogs, the popular and effective non-lethal predator control tool for small stock farmers. The Dancing Goat Creamery and Apiary double as training facilities for Namibian men and women learning how to make cheetah-friendly products like goat cheese, fudge and honey.

Through Future Conservationists of Africa, young learners experience the CCF Model Farm on tours and overnight immersive trips, to develop an understanding of how livestock and wildlife can coexist on farmlands from an early age. The highly successful habitat restoration efforts of CCF BushBlok have been developed and refined on our farmlands. Most importantly, the CCF Model Farm stands as an example of a successful agricultural venture that educates and inspires Namibian farmers to engage in predator-friendly and environmentally-friendly practices.

One of CCF’s most unique accomplishments is shifting the attitude of the nation’s farmers towards the cheetah. Before CCF, farmers viewed cheetah as worthless vermin and were killing 800 to 900 each year. By proving economic value in having a healthy, thriving cheetah population and by keeping the farmland ecosystem in balance, CCF demonstrates how humans, livestock and wildlife can share land and thrive.

See more goats and learn more on the Cheetah TV video below.

Support our holistic cheetah conservation projects by making a donation to CCF UK.