I travelled to Namibia to visit CCF as a volunteer in April 2013. Not a day goes by that I don’t look back on my two weeks there with such fond memories that I keep to this day.

When I departed Sydney for Namibia (with a short stopover in Johannesburg) I was quite nervous about what to expect from my African holiday. It all started a few years prior when browsing the internet and social media that I stumbled upon an organisation called ‘Cheetah Conservation Fund’ (or CCF for short). Many days were spent reading on the plight of the Cheetah, Africa’s most endangered big cat. The future for Cheetah’s did not look good, but fear not, Laurie Marker (CCF founder) and her team were here to make sure the Cheetah won its race for survival.

After spending a night in Windhoek (Namibia’s capital) I was met at my hotel by CCF Operations Manager Brian who already had on board other volunteers and interns from as far away as Switzerland and the USA. The drive to CCF was certainly no ordinary one, watching Baboons and Warthogs scamper off the road in front certainly reminded me that I was a long long way from Sydney’s peak hour traffic and the sea of red lights that I am normally used to.

We arrived into CCF just in time for dinner were we had a quick introduction to everyone before we sat down to enjoy our meal. An early night ensued as we were up early the next day to be given a tour of the facilities by Brian before we would begin our normal daily volunteer duties.

CCF is big, and I mean real BIG! Accommodation, Research Centre, Cafe, Gift Shop, Creamery, Museum, Genetics Lab and of course Cheetahs! This place had it all, boy was I was impressed. After spending the day taking in all that Brian had told us we eagerly awaited what tasks we would be set for the following days.

So what did I get up to for the following 2 weeks? Let me see, off the top of my head and I’m certain to miss a few… I learned how CCF was working with the local farmers to educate and assist them with living and appreciating predators in a ecosystem, I cleaned Cheetah and Goat Pens, fed Livestock Guarding Dogs, prepared and fed meat to the Cheetahs with the Husbandry team, sat in a watch tower for 12 hours counting wildlife, searched for Cheetah poop with the Scat Detecting dogs, assisted catching Cheetah’s for their yearly medicals and helped the vet’s when needed in the clinic. I must say I always let out a little ‘woo hoo’ when I saw my name next to the following days task of ‘Cheetah Husbandry’. Spending the day feeding CCF’s Cheetah’s was every animal lovers dream. From throwing bits of meat over fences to standing in the back of a ute holding up a piece of meat to make a Cheetah run, this was an experience I would never forget.

After a long days work we all gathered around the camp fire to speak of the days activities and to forge new friendships that I still keep to this day. As much fun as it was to work with the animals day in day out, it was equally enjoyable to be surrounded by such driven people who are devoting their live’s to the survival of the Cheetah.

Before I knew it my time at CCF had come to an end and I had to say a regretful goodbye. As I took the long drive back to Windhoek airport I reminisced over the past two weeks with a smile from ear to ear. To anyone that is considering going to CCF as a volunteer I could not recommend the experience more. 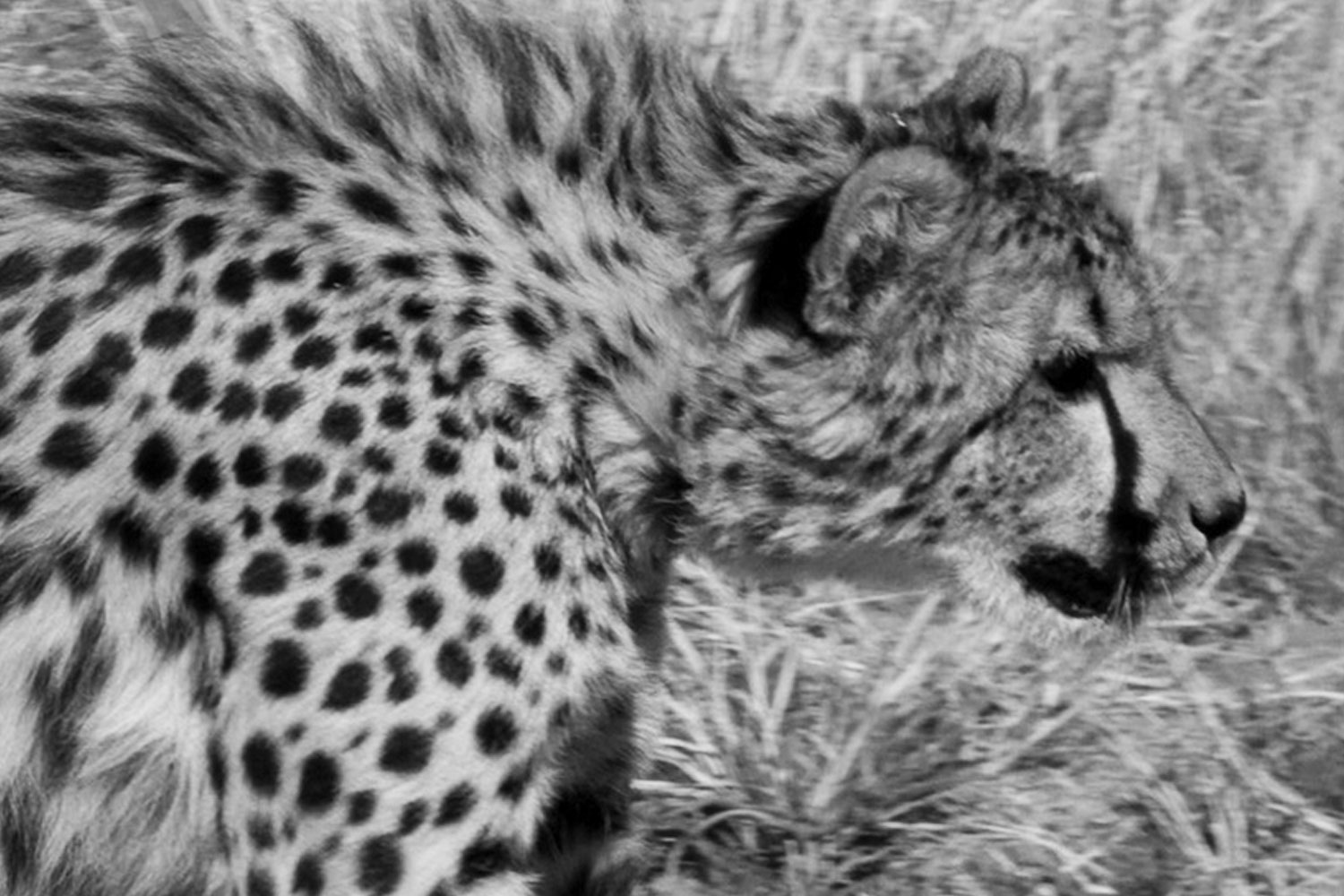 Through fundraising, outreach, and education we work within Australia to support the Cheetah Conservation Fund.